In his 33-year career as a firefighter, Joan Herrera has battled thousands of wildland fires and suffered the headaches and breathing problems that result from smoke inhalation. He’s also endured something far worse — the heart-breaking loss that is a part of this vital profession.

“We worked side by side, fellow firefighters that have died in my hands, in my arms,” said Herrera, a fire management strategist with the Bombers GRAF team in Cerdanyola del Vallès, Spain. “Things [like] that have made an impact, and you’ll remember it for the rest of your life.”

Herrera’s experience motivated him and four teammates to create Prometeo, an AI-based platform to monitor and act on firefighter health and safety in real-time and over the long-term. The solution has been named a top-five finalist in the Call for Code 2019 Global Challenge. 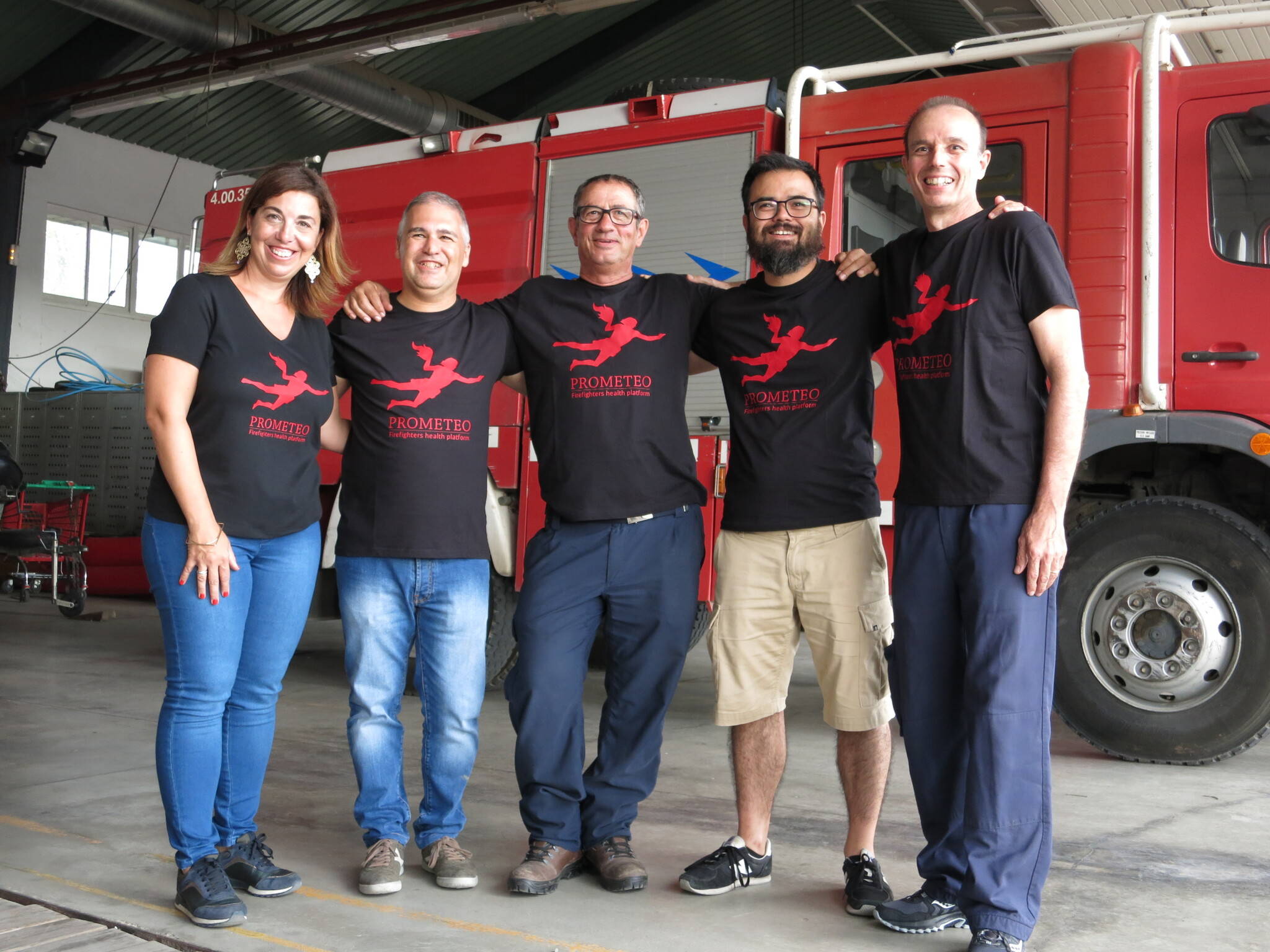 “We built Prometeo to resolve a real problem that our firefighters have,” said Salomé Valero, the team’s product owner. “They have no individualized strategies to protect them from the cumulative effect of the smoke and toxic substances that they can inhale while working on wildfires.”

From the Amazon to Indonesia, wildfires are occurring more frequently and in greater size and intensity. More than 1,600 wildfires have been recorded in the European Union so far this year, three times the average over the past decade, according to the Copernicus’ European Forest Fire Information System.

During a wildfire, firefighters provide critical aid to those at risk. But how do we ensure firefighters stay safe in dangerous conditions? It’s a question Herrera has been trying to answer for more than a decade.

Together with colleague Vicenç Padró, a nurse at Emergency Medical Services with a PhD in toxicology, they would manually collect health data — running behind firefighters to check and record their vital signs — and later analyze it. But their progress on detecting trends and developing strategies was hamstrung by a lack of resources and technical know-how.

All that changed when they met Valero, Josep Ràfols and Marco Rodriguez, three IT services professionals who wanted to participate in Call for Code. After hearing about the firefighters’ project, the technologists were eager to take the idea to the next level with IoT and AI. Thus, the multidisciplinary Prometeo team was formed.

“You can think about a solution in your house. You can build it. You can even put it on the market, but if you don’t speak with the real end users, your product is probably going to fail,” said Ràfols, team lead and solution architect. “We have the opportunity to get great insights from medical staff and also firefighters. That gives us a completely new point of view of the device and what they really need.” 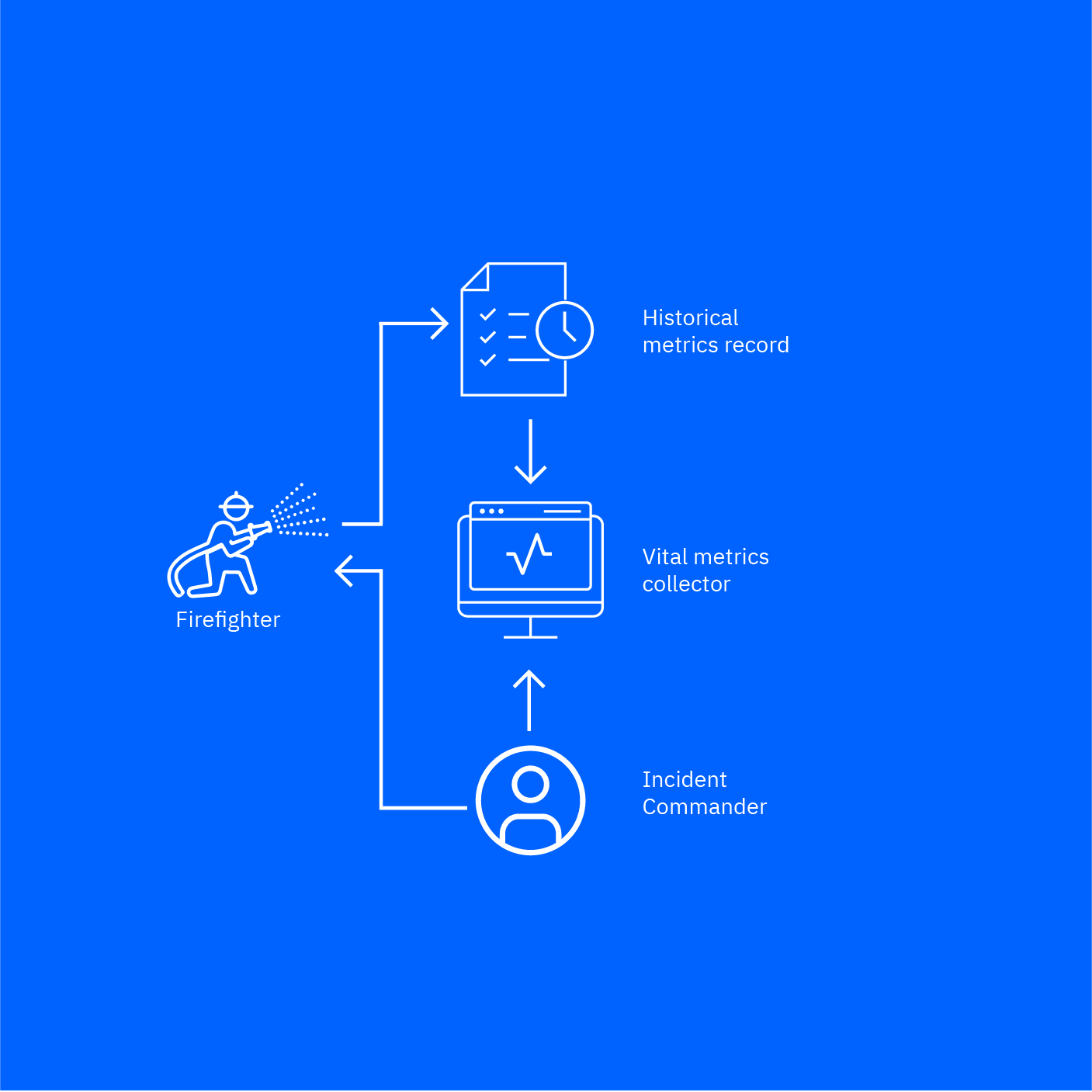 Prometeo is a hardware-software solution based on multiple IBM Cloud services. The health device, which is about the size of an iPhone and straps to the firefighter’s arm, has multiple sensors that measure key variables, like temperature, humidity, and smoke concentration.

These values are collected and transmitted over the network to the IBM Cloud. An analytics workflow then sends the data to the IBM Watson-based machine learning model, which distills the information into a simple color-coded status that displays in the Prometeo dashboard at the fire command center.

On top of that, Prometeo stores all of the information in a Cloudant database, providing a historical view of the data. The team deployed a service in Kubernetes, inside the IBM Cloud Kubernetes Service and used websockets server with an NGINX web server to show the data in a comprehensive way. Any authenticated and authorized client that supports JavaScript and WebSockets can connect to the Prometeo dashboard.

“In a project like this, the most important part is to get the correct data and to get rid of the noise from the data,” said Rodriguez, the team’s data scientist. “This is what we did with the expertise of the firefighter and the nurse. Then we used IBM Watson in order to obtain the best reading to fit our model.”

The team will soon start field tests with firefighters in Catalonia and refine the device and dashboard based on what they learn. They also plan to gather as much additional data related to smoke and toxic substance exposure as possible to glean insights and develop strategies that improve the safety and health of professional firefighters, both short and long term, to improve their healthcare outcomes.

“We need Prometeo as a predictive tool for the health and safety of wildland forest firefighters, in real time and to be able to extrapolate the data for continuous improvement,” Padrò said.

Obtaining financial support is also on the agenda. The team’s ultimate goal is to bring Prometeo to fire departments across Spain, Europe, and the globe.

“We need to do something to help our firefighters,” Valero said. “For me, they are our heroes. They are putting their lives on the line for us. My dream is to help them with Prometeo.”