What is a messaging protocol and do I really need one? I think the answer is yes, but why?

The term protocol is often used in news reporting to formalize interactions between officials and heads of state. It defines a set of rules and conventions that structure human interactions during talks and negotiations. Successful outcomes depend on all parties adhering to the correct protocol(s). Get something wrong and talks and can break down, with focus shifting quickly away from a shared goal and onto the frantic efforts needed to recover the situation.

In computing, we use the term protocol in much the same way. A protocol is just a set of rules that computers follow, allowing them to interact with each other, and with the outside world, in some predictable, deterministic way.

At the lowest level, multiple protocols are being employed right now to transmit this text to your browser. Most developers never need to worry about this low-level stuff, and most of the time it is completely transparent to the end user. This is only because both ends have agreed – or maybe assumed – that a particular convention is being followed to share data. As in this case, your browser was expecting HTTP or HTTPS protocol over a TCP/IP socket to deliver some HTML-encoded data that creates some human-readable web content.

This baseline of dependable data exchange is essential to developers. We want to focus on adding value to our users and getting that value deployed quickly. Protocols like TCP/IP and TLS are ubiquitous, so unless developers have very specific requirements, it’s unlikely that any developer would want to start coding from the ground up.

Enterprise messaging is simple. It’s just the wiring between the different parts of a business (manufacturing, ordering, invoicing, and so on), moving data and files securely to where they need to be. Enterprise messaging is the common denominator in integrating applications seamlessly, regardless of systems or architecture. 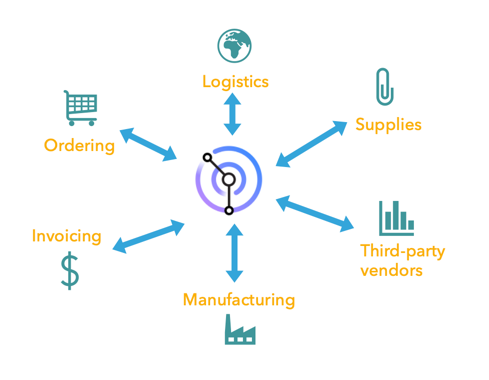 Developers are measured on adding business value to the organizations they work for. For example, an airline will want to prioritize delivering delightful customer experience to set themselves apart from the competition. While smart data processing is essential to that goal, the low-level mechanics of how the data is transported is just what makes it possible. To avoid all the overhead of developing a bespoke solution, a solution architect will select a pre-existing, proven messaging technology based on a set of requirements that meet the needs of the business. This messaging technology promotes greater agility and enables the airline to align their developer resource clearly on the business outcomes required.

Enterprise messaging technologies present developers with an intuitive API and a defined protocol that they can just pick up and incorporate into their solution. It’s essentially a contract between developer code and the chosen messaging technology. Rather than worrying how transactions, message recovery, or persistence is implemented, the developer just uses the correct API and structures their code around a messaging technology that provides the quality of service (QoS) that they need.

One drawback with abstraction is that the world of enterprise messaging can seem daunting to new users, especially given the vast number of standards, APIs, and protocols, that are available: AMQP, JMS, MQTT, QPid, AsyncAPI, and STOMP, just to name a few. It appears to be a sea of acronyms, and we haven’t even discussed the proprietary messaging systems specifics.

Prior to explaining each of these acronyms, we need to define a clear definition for an API and protocol:

There is a clear delineation of responsibilities between an API specification and a protocol specification. The API specification does not define the format or messages to be exchanged over the wire, whereas the messaging protocol has no control or influence over the API that is used by the application developer.

The glue between the API and the protocol is a messaging client, which will implement a given API using a particular protocol.

Let’s circle back to that list of acronyms mentioned earlier and associate these with the three categories:

Some of these acronyms are also overloaded, which makes the situation even more confusing. For example, QPid is an open source Apache project for a collection of capabilities for AMQP. It includes clients, server components, and tooling. One last acronym not covered is AsyncAPI, which the name makes one think that this is a messaging API, but it does not fit into the definition above, as AsyncAPI is a description of a service or API that is exposed using an asynchronous protocol, and that is deliberately agnostic of the messaging API, protocol, and client.

We are now ready to discuss each of these enterprise messaging APIs and protocols, and why they were created:

Let’s summarize when to use which, by considering different factors:

It is worth highlighting that the above list of factors represents the common options, but they really are just the tip of the iceberg.

In this article we explained the difference between messaging APIs, protocols, and clients. Each approach has its own “sweet spot” and depending on your priorities you’ll now be able to decide which solution is right for you.

An introduction to APIs and messaging