We are Open at KubeCon in San Diego

IBM is a key player in Kubernetes, Istio, Knative, and Tekton open source projects, and IBM developers are also contributing to several components of Kubernetes… 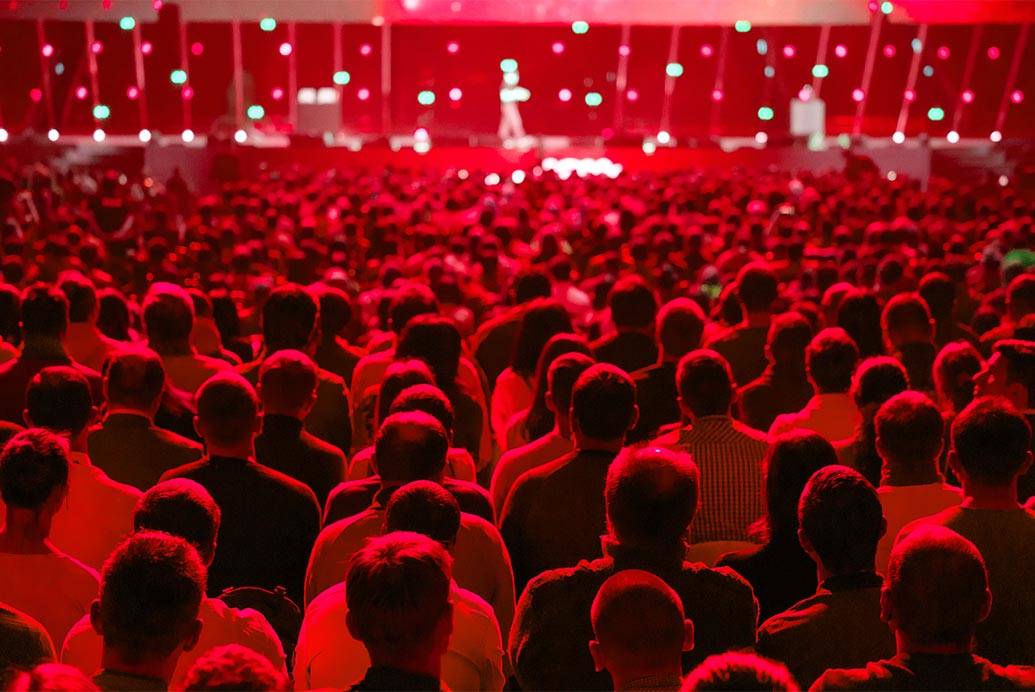 As an open source platform for the creation and deployment of cloud-native applications, Kubernetes has achieved explosive growth and has become the de facto standard for the digital transformation of enterprises worldwide. Kubernetes minimizes outages and disruptions through self-healing, intelligent scheduling, horizontal scaling, and load balancing. Developers can easily roll out and roll back application versions, whether they’re collaborating in development and test environments or deploying to production.

IBM is a key player in Kubernetes, Istio, Knative, and Tekton open source projects, and IBM developers are also contributing to several components of Kubernetes such as containerd, etcd, Helm, and conformance certification. In addition, IBM is providing leadership or significant influence to numerous Special Interest Groups such as SIG-Scheduling, SIG-Cloud Provider, SIG-Service Catalog, SIG-Networking, SIG-Storage, and SIG-Docs.

If you are attending KubeCon North America 2019 November 18-23 in San Diego, California, visit us at the IBM booth in the Expo Hall. Like previous KubeCons, we are hosting a Mini-Theater with 40 technical presentations on variety of topics. Dr. Brad Topol and Jake Kitchener present “Deploying Kubernetes in the Enterprise” on Tuesday, November 19, from 7-7:30 PM. This session shows how to use Kubernetes to deliver existing applications or more resilient cloud-native applications with speed and efficiency. A book signing event for the IBM-sponsored O’Reilly book Kubernetes in the Enterprise immediately follows the session. You can get a complimentary signed copy and chat with the authors at the IBM booth from 7:30-8:30 PM.

Also at KubeCon, look for announcements about new open source projects — Kui and Iter8 — and new developments with Tekton and Razee, all intended to help developers be more productive with Kubernetes.

Check out the following sections to learn how developers at IBM are participating at KubeCon. Even if you can’t attend, you can learn about the areas we are focusing on, and learn more about the open source projects and Kubernetes components.

One of but a few graduated projects with the Cloud Native Computing Foundation (CNCF), containerd is a core component of many cloud platforms and other types of products based on container runtime environments. Docker-compatible container support and virtual machine support in Kubernetes integrations swelled tremendously over the past two years with IBM and other cloud platform providers. Phil Estes and Mike Brown from IBM are two of the maintainers of containerd. Phil focuses on the core components of containerd and Mike focuses on the container runtime integration with Kubernetes. Members of the Open Containers Initiative (OCI), Mike and Phil also frequently contribute and maintain OCI projects. OCI is an important standards-based group that IBM invests in to ensure customer success with hybrid cloud and multi-cloud solutions.

Join the containerd maintainers at the 90-minute containerd mini-summit on Thursday, November 21, to discuss the latest work happening on containerd. They provide an overview of the state of the project, a deep dive into recent changes, and ongoing work for Windows support in containerd and the Container Runtime Interface (CRI) in Kubernetes. At the end, containerd maintainers participate in a panel discussion and Q & A with attendees. The moderated panel discusses topics related to various uses of containerd, from isolated runtimes like Firecracker to high performance environments like serverless and user-focused workflows like build.

The Kubernetes scheduler, kube-scheduler is a critical component of Kubernetes that finds the best nodes for running pods based on the scheduling requirements. Wei Huang from IBM is a core maintainer of the Kubernetes SIG-Scheduling, and he leads an intro session, together with Ravi Santosh Gudimetla from Red Hat.

Wei is also the author of the EvenPodsSpread feature, which was introduced into Kubernetes 1.16. He shares the journey of the KEP implementation in the contributor summit.

Knative is a Kubernetes-based platform to build, deploy, and manage modern serverless workloads. IBM is contributing to the Knative project on several fronts.

One of the main advantages of serverless platforms is scale-to-zero functionality, which means application developers have see almost no cost when the applications are idle. But with this approach, developers face the dreaded cold-start problem: When your application is not in use for an extended period, an activating request can take significantly longer to complete.

Nima Kaviani is leading the effort to reduce cold-start time in Knative. At the Serverless Practitioner Summit on Monday, November 18, Nima talks about the Case of Knative and Tara Gu presents on Knative Concurrency and AutoScaling.

Istio is an open platform to connect, manage and secure network of microservices. Istio was jointly launched by IBM, Google, and Lyft, and today IBM is actively collaborating with open community and contributing to Istio open source project. The IBM team is hosting a Kubernetes and Istio workshop Advanced Kubernetes Certification: Learn How to Build Your Next App with Kube, Istio, & Advanced Services like Watson hosted by IBM Cloud on November 18.

Join this free event to learn how Kubernetes and Istio make it easy to bind your app to advanced services like Watson, Blockchain, and IoT. IBM developers walk you through step by step in this hands-on lab, and you walk away with a certification badge. Learn more here.

At KubeCon, get a preview ecopy of Istio Explained by authors Lin Sun and Dan Berg while attending their sessions or the advanced Kubernetes certification workshop.

Tekton is a project that provides a set of cloud-native, kubernetes-style resources for declaring continuous integration and continuous delivery (CI/CD) pipelines. Tekton is one the founding projects of the recently formed Continuous Delivery Foundation (CDF), of which IBM is one of the premier sponsors. IBM contributes to the Tekton project on several fronts, including as the the primary contributor and maintainer for the Tekton Dashboard. Andrea Frittoli from IBM is one of the maintainers of Tekton, both for the core pipeline components and the CI/CD infrastructure for Tekton itself.

With Vincent Demeester from Red Hat on Tuesday November 19, Andrea presents the work they did with the Tekton community, to build, release, and test Tekton using Tekton itself. Earlier that same day, Andrea gives a quick introduction to Tekton at the IBM booth mini-theater at 1 PM.

Helm is a tool that streamlines the installation and management of Kubernetes applications. It is widely used by applications and products on many cloud platforms, including IBM public and private clouds. Martin Hickey from IBM is a maintainer for the Helm core.

A lot is happening in Helm circles this fall. Helm 3 is due for release just before KubeCon. This release is highly anticipated due to the removal of Tiller, and other architectural changes. As if the community is not busy enough, Helm is also in the process to be accepted as a graduated project with the CNCF. As part of this process, Helm 3 successfully passed a third-party security audit.

IBM is actively participating in many aspects of the Kubernetes Conformance Program. Srinivas Brahmaroutu is leading and driving conformance work with the CNCF community to add more conformance coverage.

As part of the Conformance & SIG Architecture Conformance Subgroup event, Srinivas presents a new proposal on validation suites at the Conformance Deep Dive. In the working group meeting, Srini highlights the current progress on the work and also discusses other topics about documenting conformance work for each of the Kubernetes releases.

At KubeCon, join Sahdev Zala, Khalid Ahmed, Richard Theis, and Brad Topol on Thursday, November 21, for an introduction and deep-dive session. Learn about the latest changes in SIG-Cloud Provider and activities of its Provider IBM Cloud subproject.

Catch IBMers at the following talks

The following list of presentations at KubeCon North America 2019 include work from IBMers.

We look forward to meeting you at these events or at the IBM booth. Have a great KubeCon!

Catch up with the latest Kubernetes details at KubeCon

Stewarding open source for the future

Train an Anki Cozmo robot to recognize other toys