Full-stack developer Santiago Arriaga didn’t really know about Kafka before he joined TheHeroLoop Call for Code team. Apart from having a good time online with the team, he learned how to use Apache Kafka and how to connect with AI and ML services. 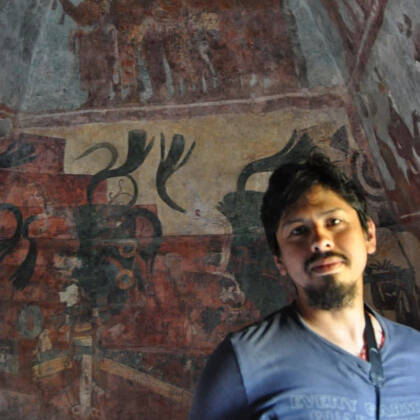 I video chatted with Santiago, who currently lives in Mexico City. Like many others, the Covid-19 pandemic left him without a steady income. He was laid off, after working steadily for 23 years, and thought it was good to take a break. After indulging in a bit of “panic mode” (as he calls it), he saw an opportunity to work in a volunteer project and learn some new skills. Santiago discovered the Digital Volunteer team on a forum for technical volunteers around Covid-19 projects and saw that the skills they needed (Java and JavaScript) matched his profile and the project owner responded quickly.

Santiago joined the team in April 2020. The Digital Volunteer project joined the Call for Code in the summer and became TheHeroLoop project. He worked on TheHeroLoop until November when he got a new job.

TheHeroLoop is the regional winner of the 2020 Call for Code Challenge in Europe. This competition invited developers to build solutions around societal issues, like Covid-19. TheHeroLoop helps individuals around the globe who are isolated or in need of help.

The responsive web app uses artificial intelligence to match those in need (loopers) with volunteers. The volunteers (heroes) are chosen based on location, skills, and availability. For example, if users live within a 20 kilometer range from each other, so it is possible to help each other with physical activities, like grocery shopping.

TheHeroLoop uses blockchain anonymous login to make sure that the connection between heroes and loopers is secure. Also, the project uses AI and machine learning to implement a “Toxic Text Detection AI module” to ensure harmful conversations do not happen on TheHeroLoop.

Santiago’s main task was building push notifications centered around Kafka, essentially implementing a logging system. He worked on the server side API mostly, but he also worked with the application itself. His main contributions to TheHeroLoop project were integration and “a lot of testing.”

Here’s how Santiago described his use of Kafka. “I interfaced with the teams doing all the artificial intelligence work. Kafka is the backbone for communication in the system between the different runtimes. Those runtimes generate events that get processed and get back to the client. Basically, it is all about communication between users, like accepting matches, rejecting requests, etc. So, push notifications are very important in the system. Users need to know if their peers are in their area and what they’re doing. Then, of course, the question of which users are a good match is partly done by AI-models. I was just using those models as a client.”

Santiago hadn’t worked with Kafka before and he learned a lot working with it. He relied on the documentation on the open source Apache Kafka project to help him implement the logging and notification system for TheHeroLoop.

As a starting point, TheHeroLoop project was started on Red Hat OpenShift Online Pro, but based on the need to scale worldwide they will shift to using Red Hat OpenShift on IBM Cloud. Santiago said, “It’s a better fit for this project, everything is managed and controlled from one place.”

For Santiago it was his first time volunteering on a software project, partially because his not-so-voluntary break. He recommends that everyone should join open communities, because you meet new people with many different views on life. TheHeroLoop project was a good ‘first step’ for him. The commitment of the community, even when people only have a little time, is great.

“I love the idea of communities. I would like to see it grow and how people can help each other as a way to achieve that. Unfortunately, we don’t have many of those here in Mexico yet!” The latter may be something Santiago can set-up himself or in collaboration with others through TheHeroLoop. Bente Acking, Founder and CEO of TheHeroLoop, is determined to create a movement on its own across neighborhoods worldwide. There is a roadmap of new functionality planned for involving not only citizens but also businesses, governments, and universities partnering and bringing people together to support a series of 2030 Sustainable Development Goals. For the latest updates on the project, check out their website https://theheroloop.com/.