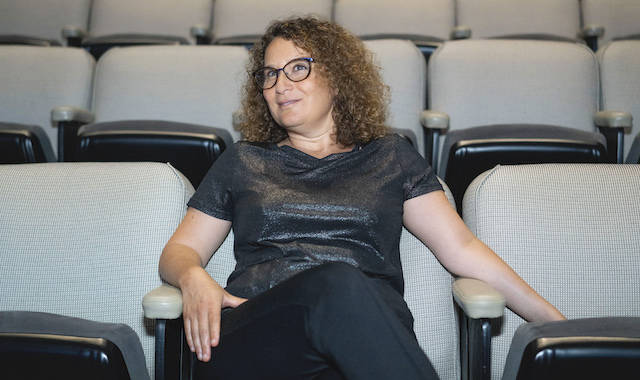 With microservices, the name says it all. These bite-size software services have fundamentally changed the way software is developed by breaking large applications into smaller pieces. However, with that sometimes comes complexity. This is where Istio, a services mesh for tying together microservices and applications, helps.

Istio can be traced back to the early 2010s. Before then, software development and IT operations were separate workstreams that could drag on for 18 months for a single project. But around 2010, they became intertwined, marking the beginning of the DevOps movement. This disconnect between workstreams was a challenge that Tamar Eilam, an IBM Fellow of Cloud and DevOps with IBM Research, was familiar with, and she watched this and another fast-growing industry trend—migration to the cloud—with great interest.

“That As-a-Service model provided an opportunity to learn much quicker what your users want because you’re observing what they’re doing,” Tamar says. “And you continue to evolve your service, not every six months, but on a daily basis.”

Tamar joined IBM’s Thomas J. Watson Research Center in Yorktown Heights, N.Y., in 2000, following a Ph.D. program in computer science at Technion in her native Israel. She hadn’t been in her job for long before she began to notice a vexing problem: a widening communications gap between developers and operators. Developers didn’t always understand operational concerns, while operators often had a blind spot when it came to applications.

To break down these barriers, Tamar devised a language she called “patterns of expertise,” a unifying set of best practices that allowed for more efficient management of applications. It gave rise to a suite of IBM computing processes, and in 2014, she was named an IBM Fellow, the highest honor for the company’s scientists and engineers.

Before she became a fellow, though, she worked on challenges with DevOps in the cloud. At the time, engineers were writing application code as one big, interdependent monolith, making it difficult to introduce changes in one area without breaking things elsewhere. Microservices were hailed by many as a solution, albeit an imperfect one, because managing multiple streams could become unwieldy.

In response, Tamar and her team built Amalgam8, a polyglot (multilanguage), open source microservices mesh. “I came to the conclusion that we needed a deposit of a microservice mesh,” she recalls. “A platform which can help customers with the entire lifecycle of microservices, with the routing across microservices and with getting to the insight, which is very crucial for agility.”

Wanting the tech to have even wider reach, Tamar’s colleague Jason McGee took Amalgam8 to their counterparts at Google and Lyft to see if they’d be interested in joining forces on the next iteration. In May 2017, Istio 0.1 was born, and an updated version, Istio 1.0, was released in 2018.

“When we’re working with the community, we get buy-in. We get robustness. When we collaborate, we can potentially get better results,” she says. Those benefits are why Tamar is excited about IBM’s acquisition of Red Hat®, an open-source champion that has been a key Istio contributor. “We have some other ecosystem tools that we’re working on together,” she notes. “They’re all complementary. I think together we can have a better story.”

A career of innovation

A self-styled “idea person,” Tamar was raised by a microbiologist mother and anthropologist father who once lived among a Ugandan tribe. Drawn to computer science in middle school, her parents encouraged her to stick with it.

The mother of two continues to delve into her many interests. She’s deeply concerned about climate change and would love to invent an iPhone app that helps reduce waste. “People need a little bit of help and encouragement,” she says, musing over a potential solution that could harness Watson™ Visual Recognition. “It is overwhelming.”

But Tamar isn’t one to back down from a challenge. Many organizations have successfully moved to the cloud, thanks in part to her ideas and efforts.

Get to know Istio!

Open Innovation Stories: A family of IBMers is helping grow the Kubernetes community