Over the last year, the quantum computing community has made incredible progress on many of the things that are needed for quantum computing to start having an impact on real-world problems. This spans hardware (including the free and public IBM Q experience 5- and 16-qubit devices, and our recent 20Q and 50Q commercial announcement), software (with the release of Quantum Information Software Kit (Qiskit) – and other quantum programming packages), theory, characterization techniques, and methods for mitigating quantum errors. In particular, new theory now lets us examine what can be done with near-term hardware, giving us all the more evidence that we’re on the path to achieving a quantum advantage for real-world applications. 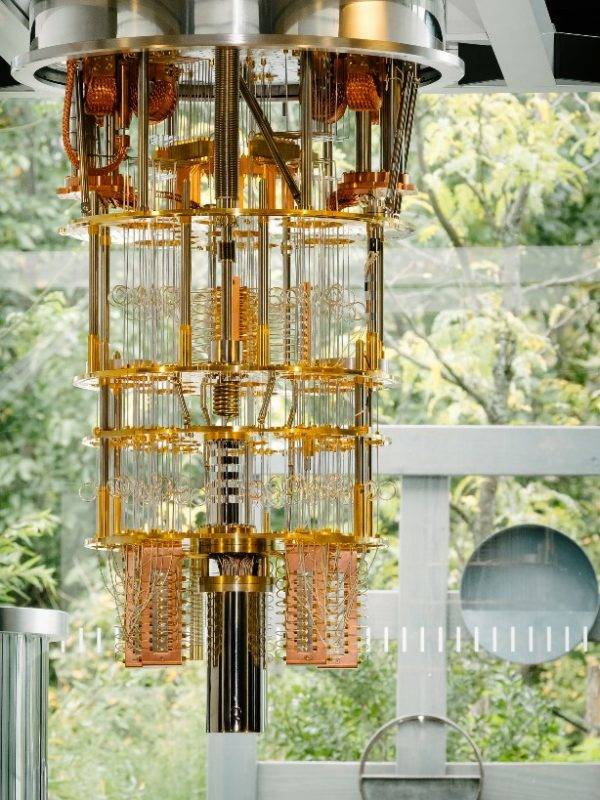 The IBM Q team, and much of the industry agrees, that the three nearest-term applications for quantum computing will be chemistry [1,2,3,4], optimization [5,6,7], and machine learning [8,9,10]. Over the last year, we have demonstrated progress towards all three on actual quantum hardware [4,9]. At least in the case of chemistry and optimization, significant progress with near-term quantum hardware has been driven by an algorithm called the Variational Quantum Eigensolver (VQE) [2], which is hybrid between classical and quantum computing. A classical computer varies some experimental parameters that control the preparation of a quantum state, and then a quantum computer prepares that state and calculates its properties.

Below is a rough description of how it works, but first a definition of three key terms:

Here’s what it looks like to use VQE to calculate bond length in a molecule (e.g. BeH2) using a quantum computer:

The cool thing about VQE is how versatile it is! Optimization problems can also be run on a quantum computer using VQE. Instead of the energy of the molecule, you’d represent the “cost function” (i.e. the thing you are trying to minimize or maximize) as a qubit Hamiltonian, which you would then address using the quantum computer. The rest of the steps would be the same: you would have some parameters you would vary, each of which influence the cost, and for each trial state you would measure the cost.

Of course, it sounds straightforward, but the devil is in the details. If you take away one thing from this blog, I hope it’s this: “science lets you do some pretty cool stuff!” To see it in action, check out the Jupyter notebooks we published that show you how to implement chemical bond length simulations (e.g. for H2 or Li-H) or Max Cut (and travelling salesman) optimization problems using VQE in QISKit.