Learn the history, the details, and the large ecosystem of open source software that's available for these platforms 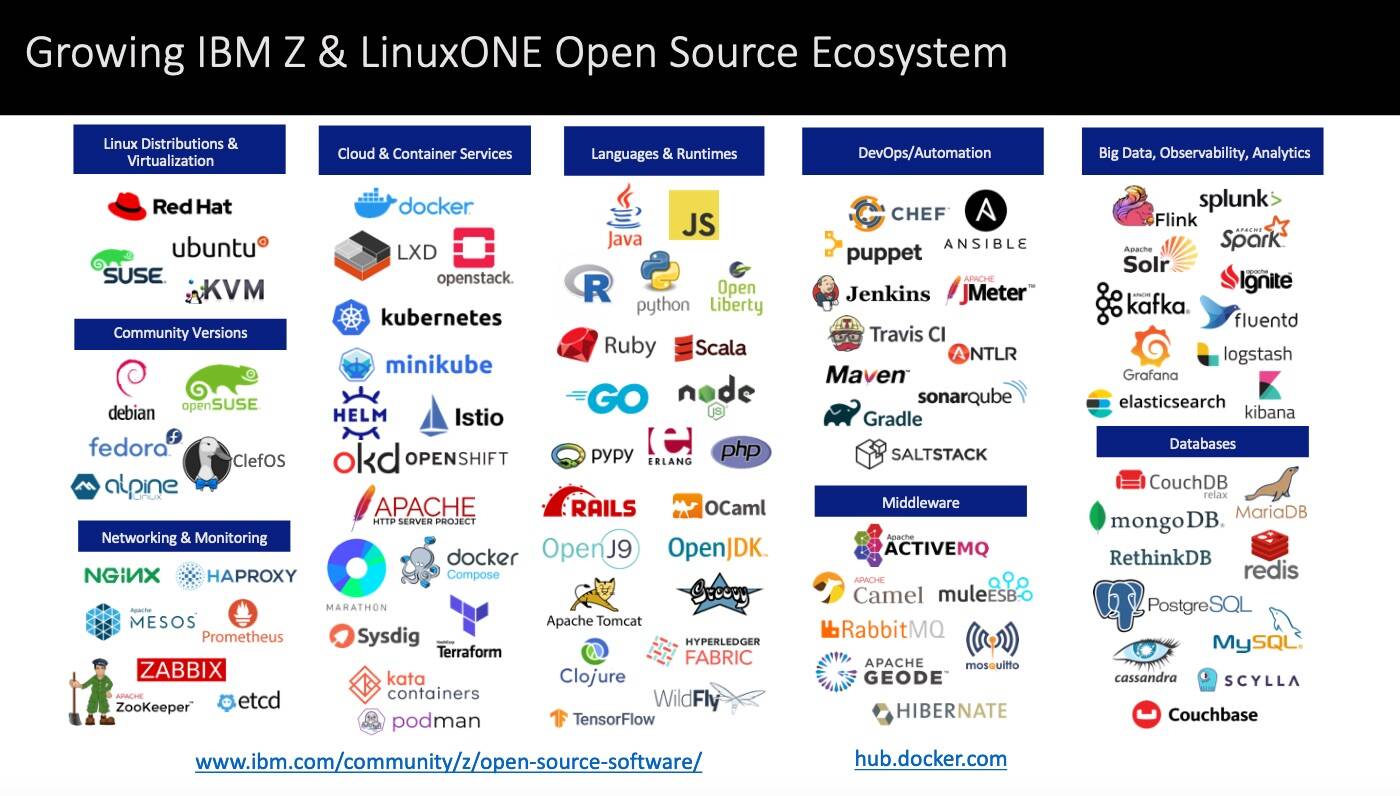 Finally, please check out my recent IBM Z Day talk, “20 years of open source software growth for Linux on IBM Z, and more to come!” I covered these open source ecosystem topics and then answered live questions. You can find this and all of the conference replays on the IBM Z Day site.