IHear from industry leaders about the future of open source, its impact on innovation, and how organizations should give back. 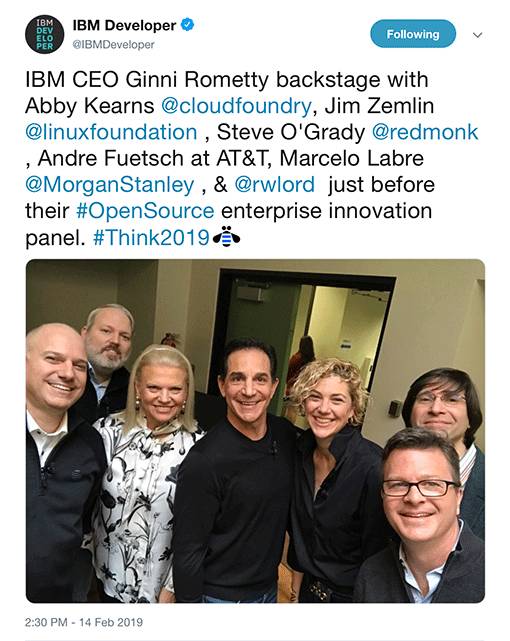 Here are some of the most memorable moments from the group discussion, which was structured around 4 key questions.

1. What is the state of open source today?

Steve O’Grady: “Successful companies are those that are being run as digital businesses. And what’s the engine behind that? It’s the developers and their preference is open source.”

2. How can companies best incentivize programmers to contribute to open source?

Steve O’Grady: “The number of projects that shouldn’t be open source is so infinitesimal that instead of asking programmers to justify why a project should be open, companies should have them justify why it should be closed.” 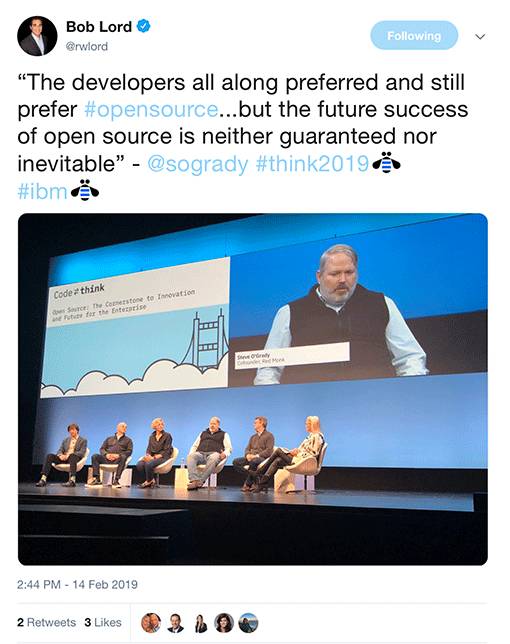 Dr. Marcelo Labre: “Once you develop open-source standards and everyone falls in line and starts developing, contributions will come naturally.”

Abby Kearns: “Getting more people at the table to participate either at the strategic level or at the contribution level.” 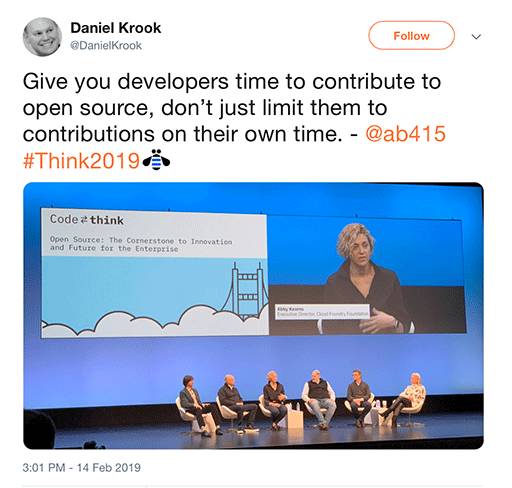 Jim Zemlin: “Ensuring, early, that the decision-making structure is open and works for everyone, including your competitors, is the only way you can create standards.”

Steve O’Grady: “There is no one governance model that’s going to work for every project. The key is to find a key set of shared expectations.”

Dr. Marcelo Labre: “Open governance is having transparent standards, internally and externally, but also across the industry,”

Andre Fuetsch: “Open governance is really important and it’s also more important that there isn’t such a small group that has a grip over it.” 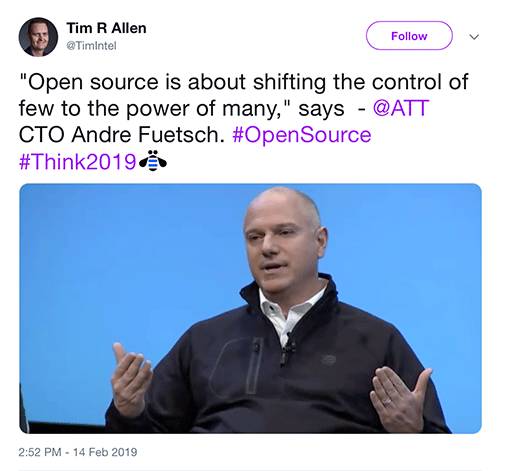 Abby Kearns: “The greatest myth is that open source contributions are done by a small number of people on nights and weekends. My greatest hope is that more people get involved and more people participate.”

Jim Zemlin: “The greatest myth is that it’s not professional, and that it’s just a bunch of volunteers.”

Steve O’Grady: “The greatest myth is that ‘open source is just about code.’ My greatest hope is that we can all find a way to essentially be on the same page in way that continues to sustain open source.”

Andre Fuetsch: “The greatest myth is that open source is unsecure. As far as my hope, I want to see every program that we do at AT&T to be open source based.”

Dr. Marcelo Labre: “The greatest myth about open source is that it’s full of bugs and it’s unsafe . . My hope? That the myth goes away!” 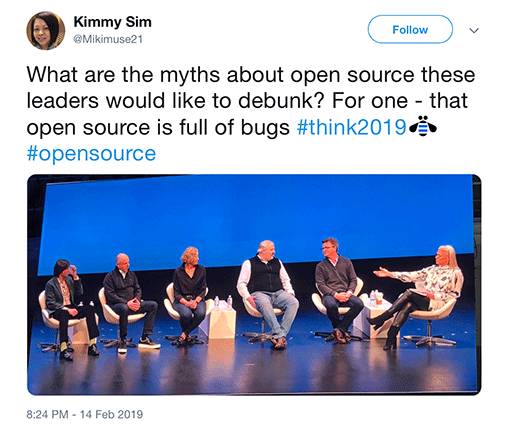 Watch the full replay of the session from Think 2019