Data and AI brings power to the people

When it comes to shining light on social issues, data and AI have a tremendous role to play

When it comes to shining light on social issues, data and AI have a tremendous role to play, even if that wasn’t the spirit in which Martin Luther King delivered those words over 50 years ago. Yet the metaphor works, based on the grassroots movement the black community spearheaded following events that led to the rise of the #BlackLivesMatter movement. 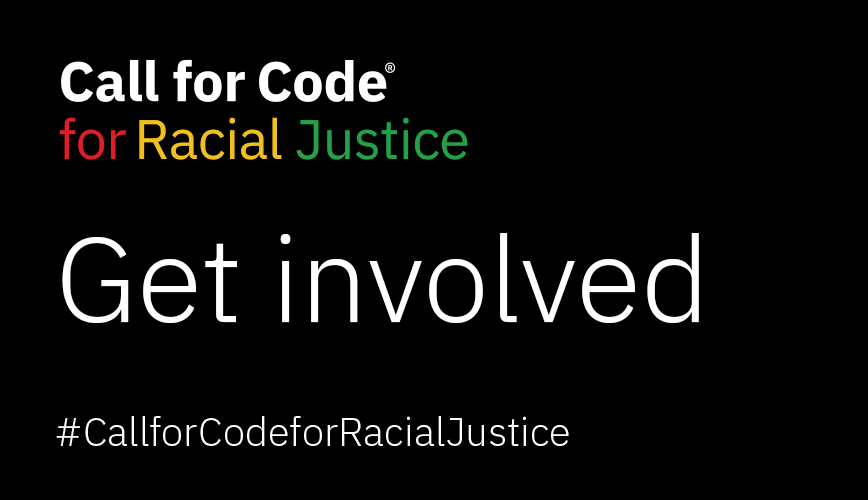 The frustration has been turned into action. Cloud infrastructure, APIs and open source services, coupled with human ingenuity allowed a movement to rise up and be heard. Teams were formed and over 40 solutions were sketched out on IBM’s internal cloud, using open source principles like sharing code on GitHub to promote collaboration. In October 2020, the most mature solutions were released to the world through the Call for Code For Racial Justice global initiative. The role of data and AI in these projects is fundamental and significant. Here are just some examples.

Often after a crime, many people will have a different perspective on what actually occurred. Witness and police accounts may tell a different story, with each group making assumptions based on their vantage point and past experience. These differences will be magnified if there is racial bias from the police or law enforcement agency. The Incident Accuracy Reporting System shows how natural language processing can collect interpretations of a crime in the format that’s easiest for the end user, such as via speech, rather than writing out a lengthy incident report. The app converts this into text and analyzes all testimonies, hunting for disparities. These are highlighted on a dashboard that can alert legal staff and the community to the most contentious accounts of crimes.

On being arrested for a minor crime, the rate of incarceration for black youths in the US is typically three times that of white youths (Source: Bureau of Justice Statistics, Jail Inmates in 2018 Table 2). Understanding this judicial bias can be useful for defense lawyers to directly address racial disparities in the judicial system when representing their clients. The Open Sentencing application ingests data from multiple sources including the US Sentencing Commission and uses the IBM AI Fairness 360 open source toolkit for examining bias in machine learning models, refined to specifically isolate disparity in Federal sentencing outcomes of black vs. white defendants. The system can take into account data from different US states and look at the different stages in the complex criminal justice system: from pretrial to adjudication to sentencing and incarceration.

The voting process can be difficult to navigate even for those most highly-educated. Restrictive local processes, changing requirements, regulations, an inability to access the correct voting location, and a lack of information means that millions of minorities, including the Black community, have had their votes go uncounted, purged, or simply not submitted due to lack of faith and trust in the system. The Five Fifths Voter solution focuses on addressing key areas of voter suppression such as voter registration, voter ID laws, voter registration restrictions, voter purging, felony disenfranchisement, and gerrymandering. It scours sources from vote.org to the Google Civic Information API and presents personalized information via a simple web app. Join the Five Fifths Voter workshop on 2/16/2021 to learn about some of the Open source technology that was used by the technical team at Five Fifths Voter, as well as some of the IBM software that was integrated into the tool.

Obviously there are many more ways data and AI can help us realize the ideas put forward by Martin Luther King and the Civil Rights Movement. Through these examples I hope you have a clearer sense of the role of technologists in turning darkness into light in the fight against racial injustice.

In addition to the Five Fifths Voter workshop on 2/16/2021, you can also join the Truth Loop session on 2/22/2021 to learn about how the team behind the code built a mobile-friendly way for users to increase their legal awareness, while allowing them to communicate their reactions and thoughts through the recording of video testimonials to be shared with the community and the people responsible for the creation of the PR&L.

Get involved with Call for Code for Racial Justice now