When disaster strikes, first responders face innumerable challenges. Perhaps most significant among those is the need to be able to send responders to the areas where they can make the most impact based on limited time and resources. To do that, first responders must prioritize victims’ needs based on location and severity.

Rove, a top-five finalist in the Call for Code 2019 Global Challenge, addresses this through an application with crowd-sourcing, natural language processing, and real-time satellite or overhead imagery, all built on IBM technologies, to enable emergency responders to reach victims in the shortest amount of time possible. 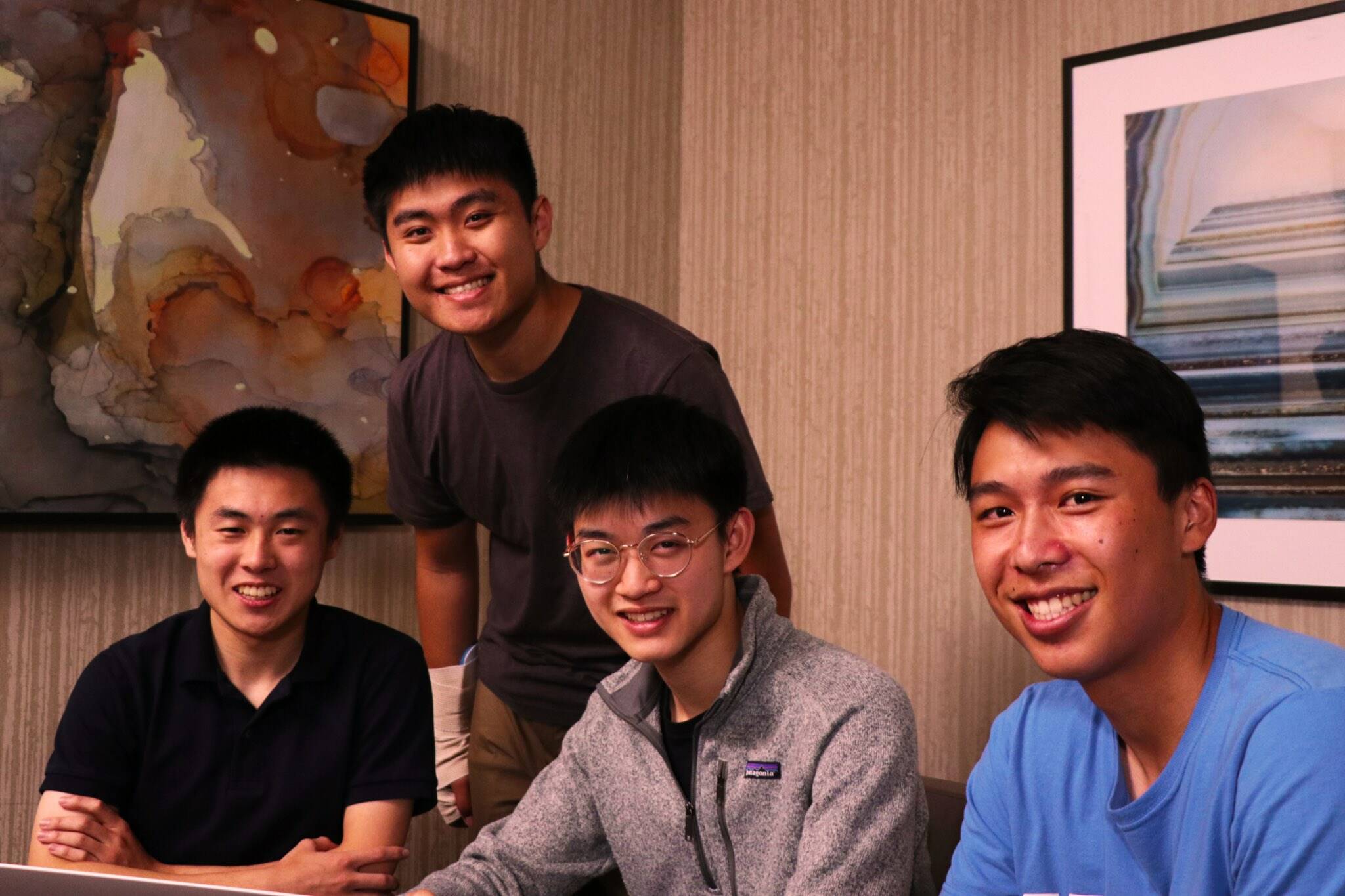 The team consists of four undergraduate students from the University of California, Los Angeles (UCLA): Bryan Chiang, Max Wu, Lucas Xia, and Daniel Ciao. A spate of earthquakes over the summer inspired the team to build Rove. That the earthquakes hit so close to home for the group, Chiang said, “really struck us. And we thought, if disaster can strike here, how exactly can we leverage our background in computer science and what we’re studying on a day-to-day basis, to actually generate impact for millions of people across the world?” 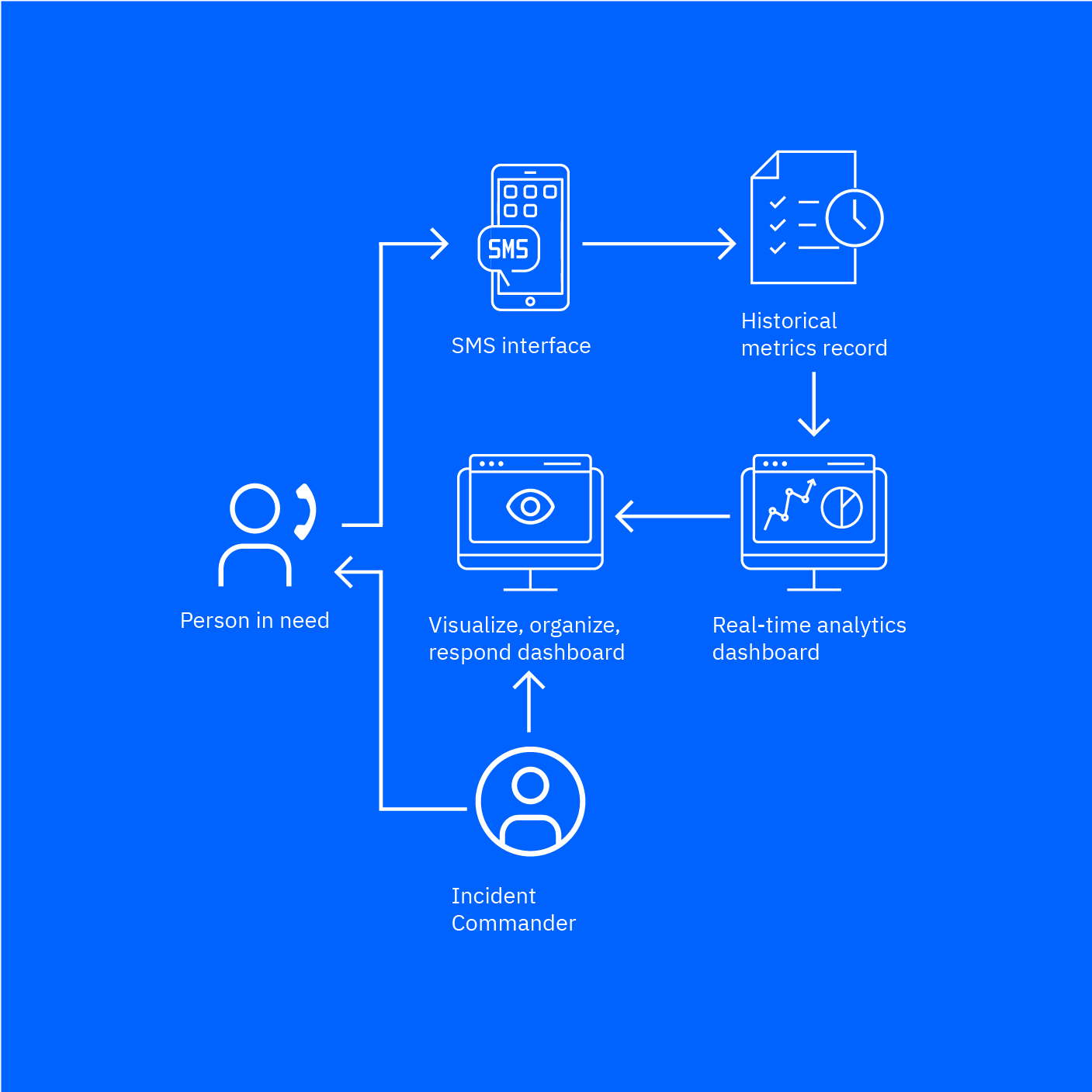 When a disaster occurs, victims can send SMS text messages to a chatbot that will ask questions about their status and needs, including health, food and hygiene. Through the team’s Twilio integration with IBM Cloud Foundry, Rove can analyze messages through the Watson Natural Language Understanding API, allowing the application to generate priority scores for each victim. This information is aggregated and visualized as a heatmap in the team’s web dashboard, which helps responders prioritize areas with the most need.

“SMS is very lightweight and it travels in its own lane on cell networks, making it extremely efficient,” Chiang said. “While other solutions might use grid mesh networks that tout the benefit of not requiring an online connection, mesh networks can be expensive to set up, and in the time that it takes to set up a mesh network in a large-scale area, you already have SMS working.”

Rove enables first responders to organize and efficiently allocate their resources through a visual heatmap. A centralized Cloud Foundry React server dynamically clusters victims based on the number of emergency vehicles, personnel, and locations supplied by responders. Rove also prioritizes each cluster by combining the individual scores into a single score, which can save crucial time for responders.

“The main goal of Rove is to cut down on the issue of time, and the way we do that is we want to efficiently respond to these natural disasters,” Xia said. “We can efficiently use the data we collect to respond in the form of routing to these clusters of victims by avoiding blocked roads and damaged buildings.”

Disasters destroy critical pieces of road and building infrastructure, rendering traditional routing methods ineffective. Rove analyzes satellite imagery to immediately provide directions for emergency responders to victims in realtime around damaged and unavailable roads. Through deep learning algorithms trained with IBM Watson Studio, Rove classifies buildings into five levels of damage severity and detects destroyed roads by comparing post- and pre-disaster imagery with semantic segmentation. The novel road detection approach is not specific to any type of disaster, and can be easily transferred to new situations.

Many emergency response organizations lack at centralized location for personnel to be able to see and understand the data that floods in during a disaster. The Rove team noticed a lack of a crowdsourcing solution that takes in satellite and SMS and uses that to determine where responders should go first.

“First responders need to be able to see the responses and the damaged areas so that they can respond to the emergency efficiently and know where to route personnel,” Ciao said. “That’s the most important part of this project, I think. I’ve seen some solutions that attempt to do data visualization in disaster response, and they’re usually two separate pieces. But in order for first responders to respond to emergencies effectively, they needed both parts of their data in one place.”

The Rove team hopes to partner with disaster-focused organizations and emergency services to start to integrate the application into disaster response plans. After a beta test with a to-be-named organization, the team wants to roll it out more broadly. Chiang envisions a future where everyone knows by heart the number they need to send an SMS text message to in the aftermath of a disaster.

“Right now if natural disaster strikes, the government officials, the emergency responders — they don’t know where exactly to put their resources and supplies first,” Chiang said. “Because in the case of natural disaster, it’s not too much of an issue to get people to donate. Or to donate money or supplies — that’s taken care of. The hard part is figuring out, how do you actually get these supplies in the hands of people who need it the most?”