Liquid Prep, the winner of the 2019 Call for Code internal employee challenge, is now open source

Developers around the world are invited to contribute to this end-to-end solution that helps communities and farmers specifically overcome adverse drought conditions by optimizing water usage. Contribute now.

When a prolonged absence of water in a region leads to drought conditions, the entire ecosystem suffers. Among those hardest hit are farmers, and the impact on their land can have ripple effects on the larger population. These larger problems can range from health issues or food security, while also creating conditions that increase the risk of wildfires and dust storms.

Created by five technologists from the IBM offices in Ottawa, Ontario, Canada, Liquid Prep is a solution designed for low-literate farmers in developing countries whose success hinges on access to advanced agricultural advice. By leveraging the use of an intuitive mobile Android app, local soil sensors, and weather forecast information as well as an advanced agricultural decision platform hosted on IBM Cloud, farmers are better informed on how to use limited water supplies and increase their chances of growing healthy crops for their small plots of land.

Liquid Prep is an end-to-end IoT and cloud solution for farmers looking to optimize their water usage. It involves an IoT soil sensor device with near field communication (NFC) capabilities that can relay soil humidity information to a mobile phone app. This app connects to a cloud back end that processes the local soil data from the sensor and combines it with local weather forecast and crop type data to advise the farmer on how to optimally water their crops.

The solution consists of the following:

How Liquid Prep was built 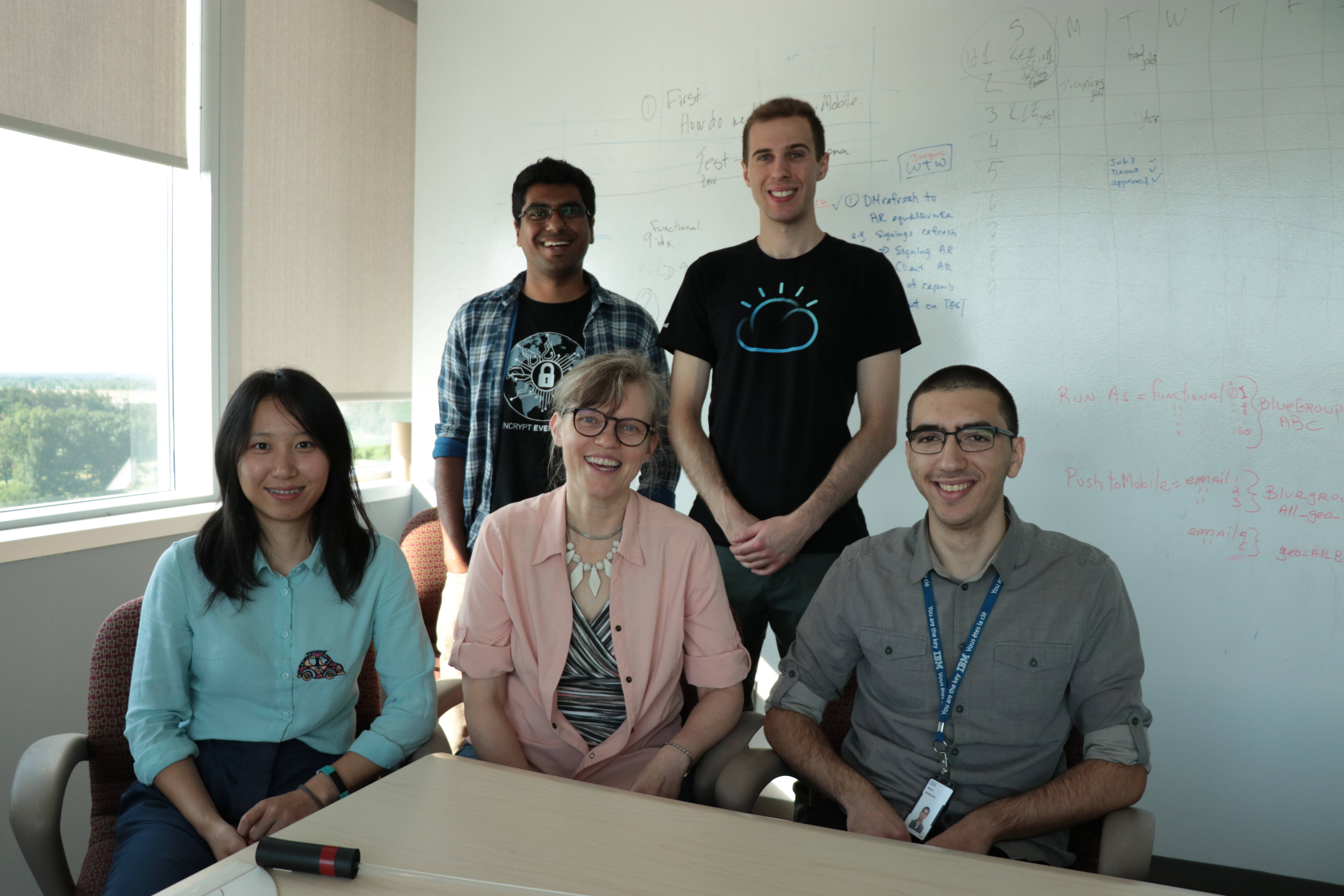 They implemented a Java back end, deployed on Liberty, and hosted on IBM Cloud. For up-to-date weather forecasts, the team incorporated sample weather data, which can in the future connect to sites like The Weather Company. And for the latest information about crop and soil conditions, the solution uses the IBM Watson Decision Platform for Agriculture. With this Decision Platform for Agriculture, the team will be able to expand their solution to harness the power of predictive analytics, artificial intelligence, and IoT sensors. Liquid Prep can then incorporate much more data, such as satellite imagery for monitoring crop health, advanced models for computing soil moisture and weather behavior, and an advanced AI decision framework to act on all the available information.

Ease of use and availability

Because a large focus for the team was to empower farmers who might not be as technologically literate, they planned to incorporate an AI translation system into the front end so that the instruction features in the app can be geographically aware and adapt to the local language.

The crop growth stages could be depicted in the app as follows:

The soil humidity and NFC sensors should cost less than $65 CAD for the entire setup. This includes the following:

The future of Liquid Prep

The Liquid Prep solution currently features a mobile Android app, a soil humidity sensor, and a cloud platform for compiling data and decision making based on weather data. The team’s future roadmap includes adding more functions to the Liquid Prep platform with improved ease of use and other IoT technologies.

The team also plans to add the function for farmers to take pictures of their crop and upload it to the Liquid Prep platform. Using the Watson Visual Recognition image processing service that leverages the use of machine learning, they can better judge the state of the crop and improve the watering recommendation confidence level. Additionally, by using images to better understand the current crop state, the team could enhance the illustrations for the action items in the app to reflect the farmers’ current crop growth stage.

As part of the IBM Code and Response initiative, the team will be having a design thinking workship in Ottawa on March 23, 2020, the day following World Water Day, to outline the next steps around the app’s development and launch.

Want to build like the team behind Liquid Prep? Check out the following resources.

Prometeo announced as the Call for Code 2019 Global Winner with their life-saving IoT device.

Catching up with Project Owl

Since winning Call for Code 2018, Project Owl is working hard to implement their solution to help aid communications during…