The IBM Champions program recognizes these innovative thought leaders in the technical community and rewards their contributions by amplifying their voice and increasing their sphere of influence. IBM Champions are enthusiasts and advocates: IT professionals, business leaders, developers, executives, educators, and influencers who support and mentor others to help them get the most out of IBM software, solutions, and services.

Browse or search the IBM Champion profiles below by name, location, or area of expertise.

IBM Champions are not employees of IBM.

IBM Champions are a community of 700+ external experts across IBM offerings and around the world who are recognized by IBM for their extraordinary expertise and contributions to the technical community.

Champions are developers, technologists, consultants, CXOs, managers, faculty, students, engineers, and architects who are nominated and selected annually based on thousands of contributions.

IBM Champions support the success of IBM products by offering feedback from the front lines and technical ideas from the cutting edge. They nurture and support technical communities by running user groups and conferences, writing blogs and articles, contributing code and content to forums, and speaking at conferences.

What do IBM Champions do?

IBM Champions contribute regularly to the body of knowledge around IBM products and offerings and to the technical community. Typical contributions and engagement fall into the categories below and IBM Champions have active, ongoing contributions in two or more areas: 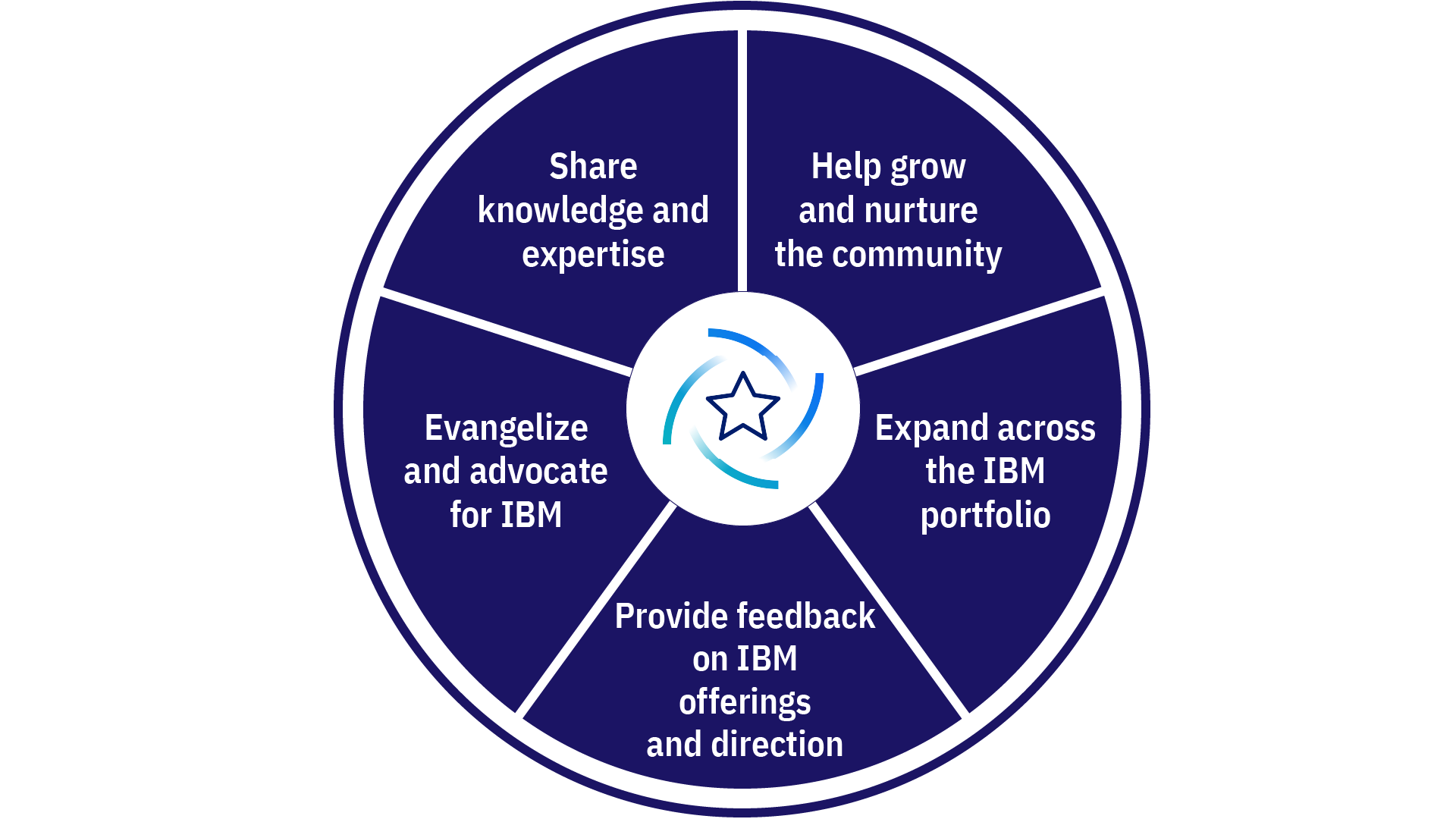 What is the duration of the IBM Champion designation?

IBM Champions receive the title for one year, during which they can enjoy the benefits that are associated with the program. Existing Champions are eligible to renew their status for the following year, as long as they can demonstrate that they have made significant contributions to the community over the past 12 months. Renewal applications will be reviewed and evaluated by a panel of IBM employees. Being named IBM Champion one year does not automatically guarantee that you will remain in the program the following years. IBM also reserves the right to remove a Champion before the 12-month term ends.


How do I become an IBM Champion?

Individuals can either nominate themselves or be nominated by their peers or IBM employees based on their contributions in the past 12 months. An IBM panel compares nominees to the contributions of other nominees during the same time period. If you know of someone who you feel is worthy, nominate him or her. Nominees need a detailed IBM Community profile, so if you’re nominating yourself, take a moment to create or expand your profile.

No. IBM employees are not eligible for the program, but are welcome to nominate other worthy members of the community and interact with IBM Champions.


What are the benefits and obligations of being an IBM Champion?


What are the benefits of being an IBM Champion?


Are IBM Champions compensated for their role?

No. IBM Champions may receive special program benefits, but they are not compensated nor employed by IBM.


Do IBM Champions have any obligations to IBM?

While the IBM Champion title recognizes past contributions to the community over the previous 12 months, IBM Champions who wish to remain active in the program are encouraged to do the following:


Do IBM Champions have any formal relationship with IBM?

No. IBM Champions do not formally represent IBM nor do they speak on behalf of IBM.


How are IBM Champions selected?


How does the nomination process work?

What are the specific nomination categories for IBM Champions?

Ultimately, IBM Champions advocate for the community of technical professionals using IBM solutions, services, or products. In that role, IBM Champions will collectively represent the spectrum of IBM products and technologies. Areas currently supporting a full IBM Champions program include:

We are always expanding Champions into other IBM areas. You can submit nominations in any area and we’ll let you know our status.


How do I improve my chances of being nominated and ultimately being selected as an IBM Champion?

Ensure that you tell the story of how you support the products, ecosystem, or community, beyond the scope of your job, in your nomination form. In addition, a detailed profile in the IBM Community is key. For example, be sure to identify your skills and interests; add links that you recommend to others, such as links to your Twitter timeline, blog, or user group; and activate a feed to your LinkedIn profile. You can also list your published works, such as books and articles, and any courses you have taught. Use tags to identify products and technologies you work with, user groups and events you support and other key aspects of your work that we should know.

In your “Professional bio,” expound on your recent contributions, honors and awards; your professional or user group associations; and the conferences you attend or speak at, being sure to include dates and links wherever possible. Connect to IBM Champions such as Dusty Rivers to see some examples of profiles at the IBM Community.


How will IBM select the Champions?

A panel of IBM employees and Lifetime IBM Champions reviews each nominee’s contributions over the past 12 months for quality and impact on the community. Read details about the nomination process.


How do I withdraw my nomination for an IBM Champion?

You will receive an email after you submit the nomination form, which will include the email address of an IBM Champion support administrator. Contact this admin to have your nomination withdrawn.


How do I end my participation as an IBM Champion?

Contact your Champion administrator to end your participation in the IBM Champion program. (Your Champion admin is the person who contacts you during the nomination, vetting, and acceptance process.)

IBM Champions have multiple opportunities to share their accomplishments, including the following:

IBM Champion nominations are now open. If you submitted a nomination in Q1-Q3 2021 and have not been selected or declined, your nomination will be reviewed duringn this period. You are welcome to submit an additional nomination if you have more activities or other updates. As always, you may submit a nomintion for yourself or for a colleague. All IBM Champions will also complete renewals at this time.

If you have questions about the program or the nomination process, please contact the worldwide IBM Champions program director.


Areas currently supported in the program are listed below. If your expertise is in an area not listed but you are interested in the program, contact the worldwide IBM Champions program director.

IBM Champions are eligible to accept IBM Champion digital badges for use in social and networking sites as part of their IBM Champion benefits.

What does holding this badge represent?

The IBM Champion badge is an IBM-issued digital badge acknowledging the IBM Champion achievement. The badge can be shared on social and networking sites and indicates that the holder is a proven innovative thought leader in the technical community who has demonstrated exceptional expertise and contribution in helping others derive greater value from IBM software, solutions, and services.

The badge recognizes the IBM Champion’s skills not only in the Champion’s area of technical expertise, but also as one who influences and mentors others through blogging, speaking at conferences, moderating forums, leading user groups, and authoring books or articles.

The badge is earned as part of the selection as an IBM Champion.


What badges are issued to IBM Champions? 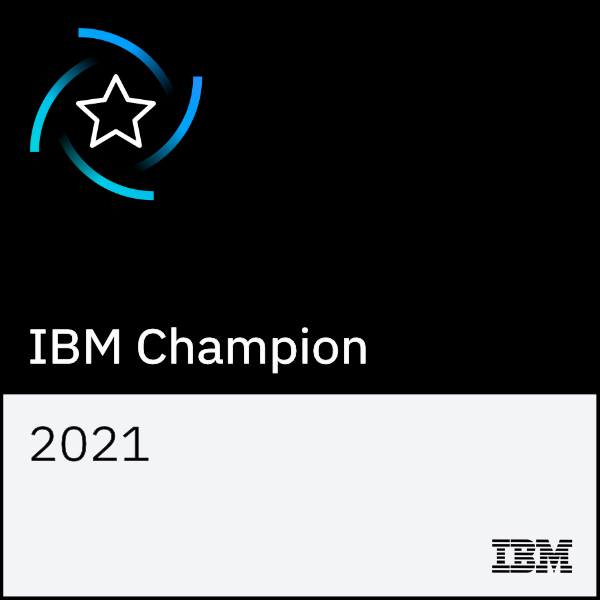 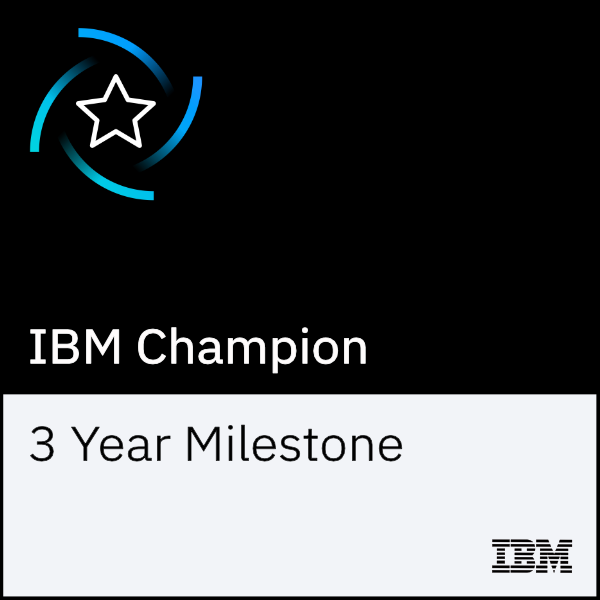 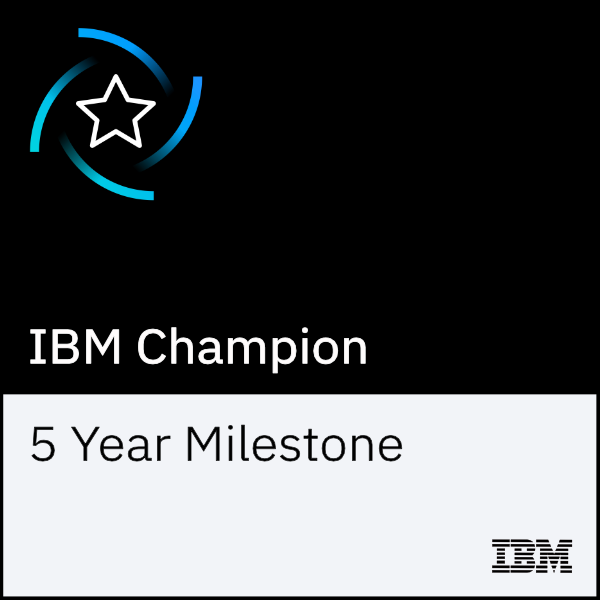 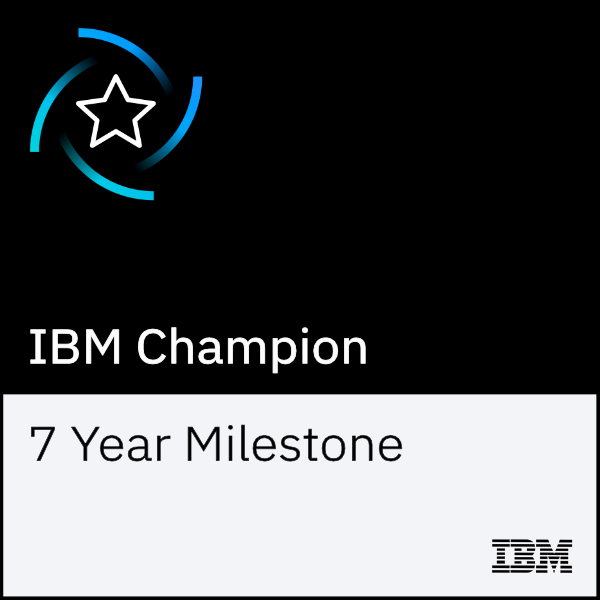 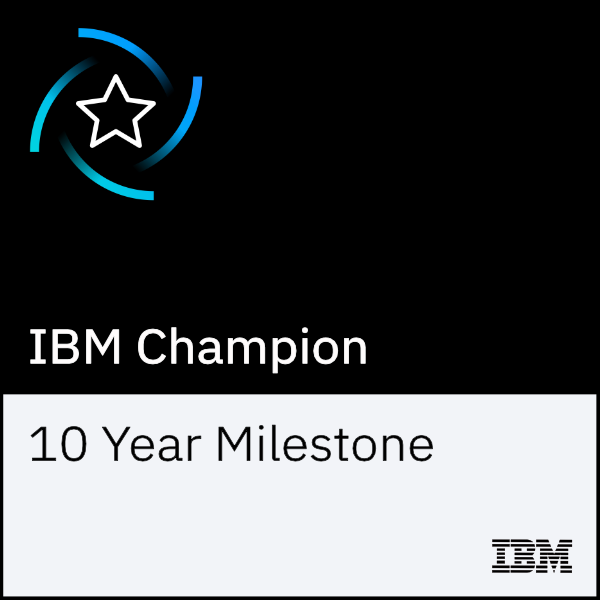 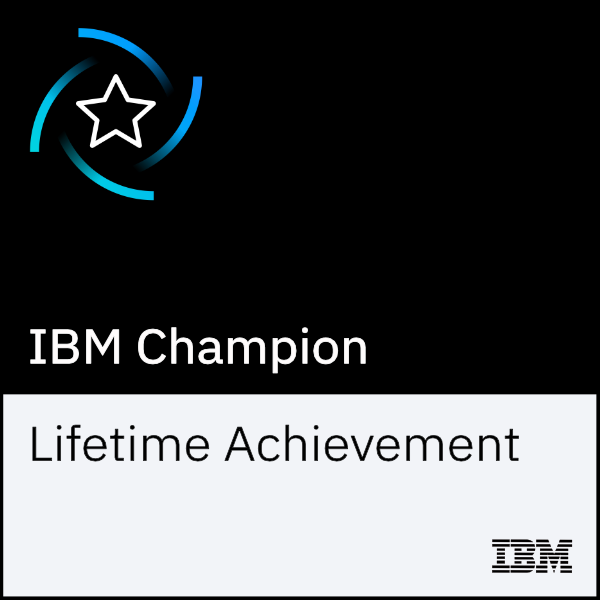 All IBM Champion badges are issued through IBM’s Digital Badge Program, which provides an online representation of skills and achievements that adhere to the Open Badge Specification led by the IMS Global Learning Consortium for recognizing and validating learning. When someone clicks on an IBM Champion badge, the badge links to metadata (description, skill tags) describing the IBM Champion qualifications along with the process required to earn the badge. This additional level of information helps tell a more complete and compelling story of the IBM Champion’s achievements. For more information on digital badges at IBM, refer to the IBM Digital Badge Program.

If you need assistance with the IBM Champion Digital Badges, please contact the IBM Champions program director for assistance. Credly Support: For questions related to your Credly badge earner account and profile, as well as issues related to claiming your badge after receiving a notification, go to support.credly.com.

NOTICE: IBM leverages the services of Credly, a 3rd party data processor authorized by IBM and located in the United States, to assist in the administration of the IBM Digital Badge program. In order to issue you an IBM Digital Badge, your personal information (name, email address, and badge earned) will be shared with Credly. You will receive an email notification from Credly with instructions for claiming the badge. Your personal information is used to issue your badge and for program reporting and operational purposes. It will be handled in a manner consistent with IBM privacy practices. The IBM Privacy Statement can be viewed here. IBM employees can view the IBM Internal Privacy Statement here: https://w3.ibm.com/w3publisher/w3-privacy-notice.