Living through Hurricane Harvey is something I will never forget.

Over 200,000 homes were damaged. There was so much water sitting on the ground that areas of the metro sank two centimeters until the water receded. Tens of thousands of people were displaced to shelters and over 700,000 people registered for assistance with FEMA.

The sheer magnitude of storms like this, and the fact that extreme weather isn’t going anywhere anytime soon, really drive home the point that effective communication and logistics are among the highest priority for organizations that are involved with rescuing people and with cleanup. With that in mind, this past weekend the Project Owl team conducted our second pilot in my hometown of Houston, Texas.

For the Houston testing, the team set out to accomplish several goals. The first, and most important, was a larger and faster deployment than our first pilot in cities throughout Puerto Rico. Our Puerto Rico field pilot took a long time and required several people in order to set up a small network. We wanted to optimize and streamline this process and the numeric value we assigned was no more than five minutes per device. We also had goals to gather more data points, fix bugs, and improve the speed of the software that runs on the devices. 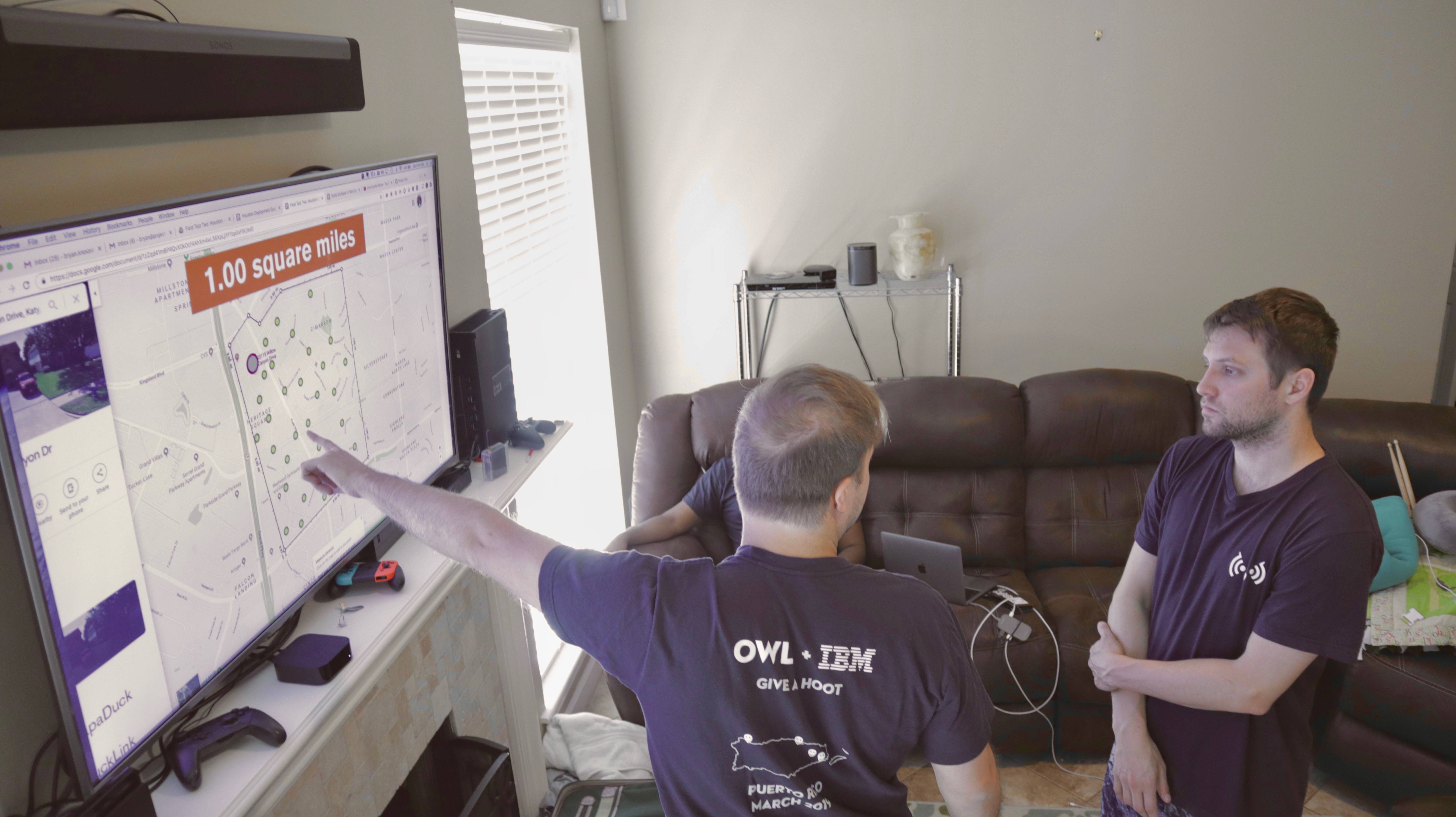 Setting up the larger field test

On June 1, we set out to perform our large field test, and two of our teammates were able to successfully deploy 36 devices in 90 minutes. That’s an average of 2.5 minutes per device and well under the original five-minute goal we had set. We monitored the progress of this deployment using our real-time mapping page.

During the pilot, we fixed some bugs we came across on the hardware devices themselves, which greatly improved their connectivity to users’ devices (phones, laptops, tablets). This improvement in connectivity allowed us to really focus on the deployment. This is very important now and in the future, as unoptimized software on these devices could potentially mean the difference between someone being rescued in the wake of a natural disaster, and someone being stuck in a dire situation. The Project Owl team also developed an API to allow third parties to see our test data as it landed. The API will create a better integration path between Owl and outside entities. 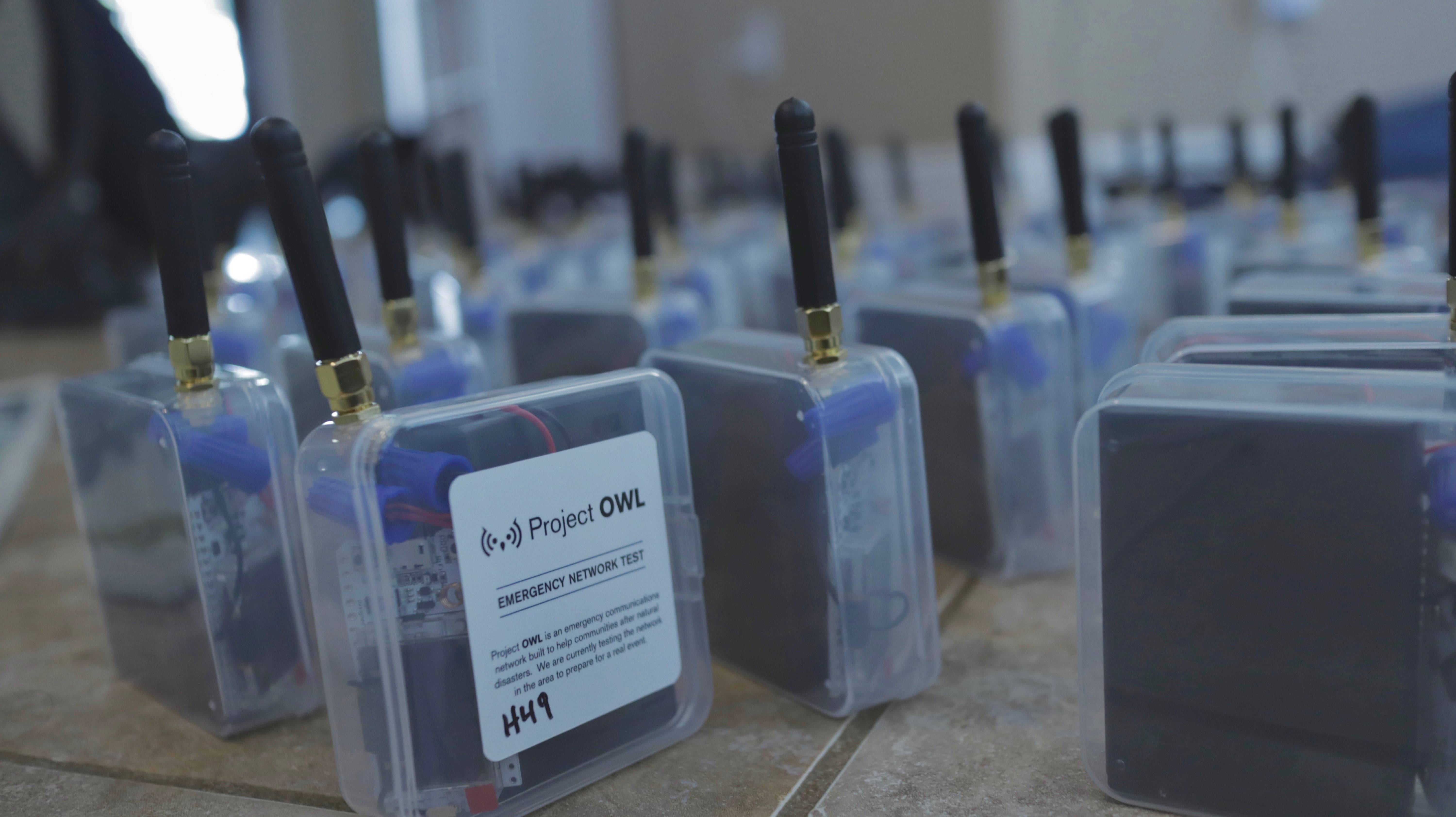 Performing these tests in the Houston area reminded us that natural disasters affect everyone, even indirectly. As a Houston native, I was fortunate that no major flooding occurred in my neighborhood. But the aftermath included road and business closures, which impacted my family’s and my ability to travel across the city. We knew a lot of people in the area that were displaced by the floodwaters and had to leave without a way to effectively communicate their situation to loved ones.

Speaking with Fire Chief Russell Wilson from the City of Katy during our pilot was very inspiring for the team. He provided us with the whole story of his involvement with the flooding on the west side of the Houston metro area and reiterated that communication is key in these circumstances. He even provided insight into the many departments that are utilized in an emergency situation and how communication is really important between all of these entities to effectively provide rescue and aid. Since tornados, floods, or earthquakes can easily wipe out electricity and Internet access, there has to be a reliable way for groups of people to easily get in touch with one another. 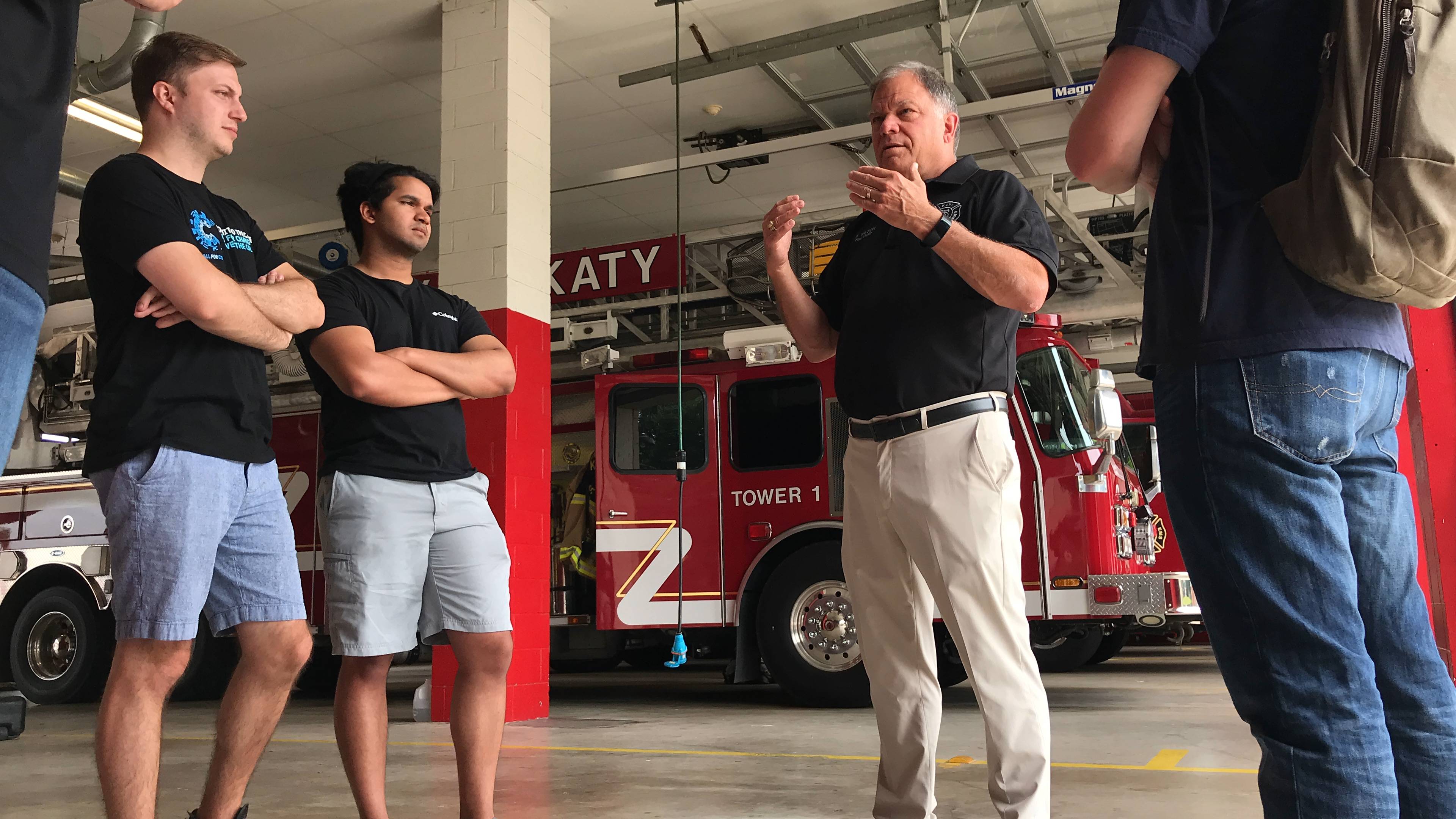 What’s next for Project Owl

The team continues to iterate and optimize key pieces of our solution. While our testing was successful, we do continue to find areas of improvement. We now better understand what the limit of the wireless range of each device is. This will allow us to continue to optimize our deployment strategies in the future. Software is going to play a major role going forward, so continuing to iterate on our web application utilizing the IBM Cloud platform will provide better integration between the devices in the field and the cloud application at headquarters.

Houston is a very large area that requires a lot of coordination, so we hope to get involved with Harris and the surrounding counties in the future to demonstrate the capabilities that our solution has to offer.

Contribute to the cause

Project Owl is open source and we’d love developers everywhere to contribute. Natural disasters occur all around the world, not just Houston, and our goal is to help communities in need no matter where they are. Visit us at http://www.project-owl.com/opensource for more information.

Project Owl carried out a second field test of their post-disaster, fast deploy mesh network in Katy, Texas. Watch the video to see their work in the second pilot.