The five-member team – Bryan Knouse, Nick Feuer, Charlie Evans, Taraqur Rahman, and Magus Pereira – won the Call for Code 2018 Global Challenge and, as part of their prize, received deployment support through Code and Response. The program, which was announced at the IBM Think conference in February, aims to deploy open source applications developed through coding challenges, including Call for Code, in the communities where they are needed most.

As part of the initiative, IBM selected five high-performing employees who applied for the IBM Corporate Service Corps and embedded them with Project Owl for the Puerto Rico pilot. IBM also introduced Project Owl to local implementation partners, including the Information Technology Disaster Resource Center (ITDRC), Engine-4 Internet of Things Lab, and DroneAid, plus corporate partners like Johnson & Johnson and public officials, such as the governor of Puerto Rico, the current and former CIOs of Puerto Rico, and the mayors of Isabela and Bayamón. 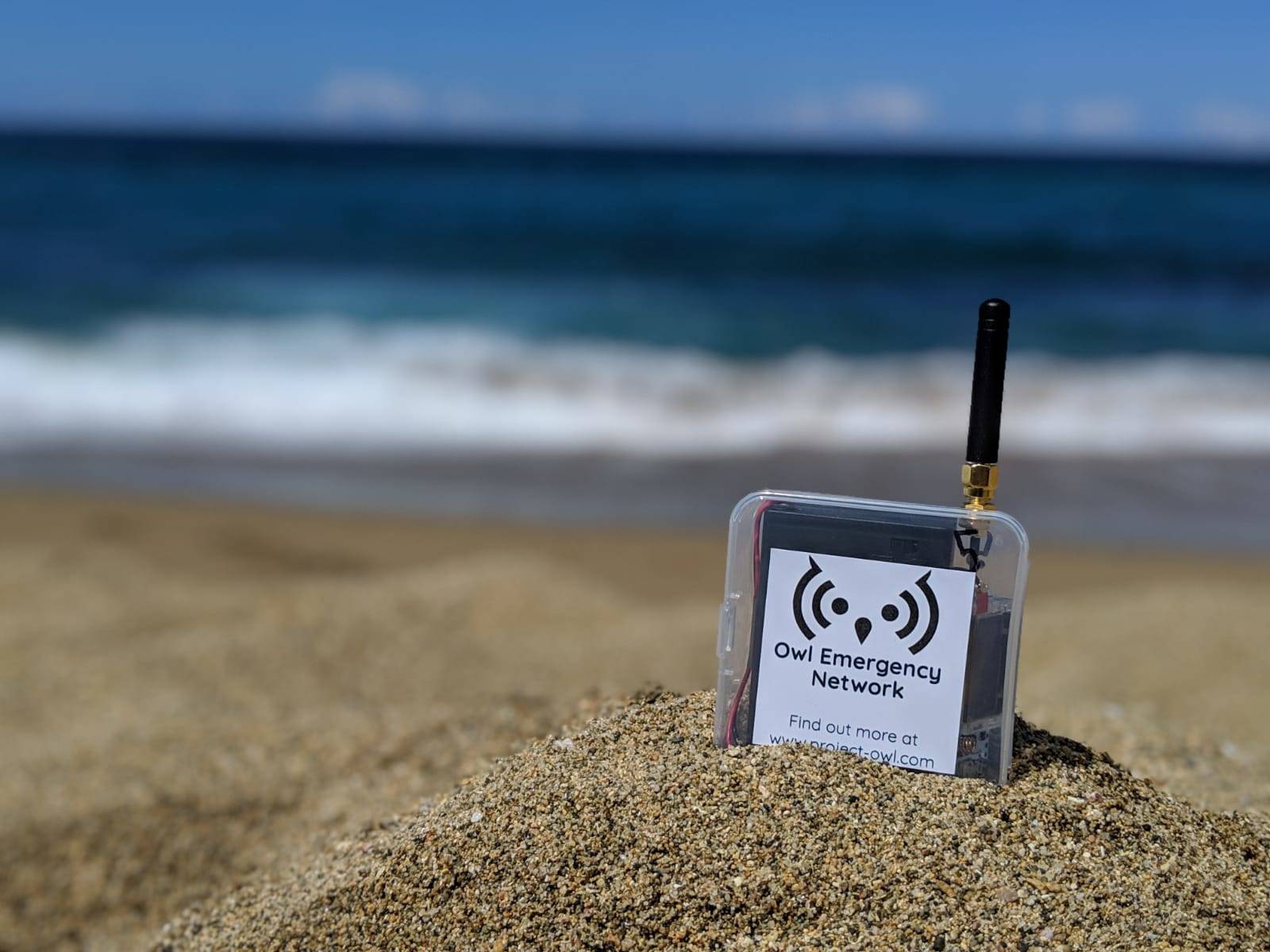 Hurricanes, like the category 5 Maria that hit Puerto Rico in September 2017, and tropical cyclones are among nature’s most powerful and destructive phenomena. As the season for extreme weather begins, IBM and The Weather Company are bringing the full force of their data, AI, and cloud to businesses, consumers, and communities in new ways. The Code and Response deployment of Project Owl is just one example of how technology is helping communities become more resilient and better prepared when storms strike.

From March 3-16, the Project Owl team, along with the Corporate Service Corps and partners, worked in Puerto Rico. This was the first major deployment of OWL, which stands for Organization, Whereabouts, and Logistics, and the team stress-tested this two-part hardware/software solution in communities representative of the landscape of the islands, from mountainous areas, to concrete urban areas, to cliffside coastal areas.

The physical IoT devices, dubbed by the team “PapaDucks,” “MamaDucks,” and “DuckLinks,” collectively form a “ClusterDuck” mesh network to quickly and temporarily re-establish a basic level of connectivity over a long-range radio network. The software solution – which makes use of the latest IBM Watson™ Studio, Watson Cloud APIs and The Weather Company APIs – connects first responders to the needs expressed by victims over that network so they can prioritize their response in the aftermath of a natural disaster.

Upon winning the Call for Code challenge, Project Owl was awarded $200,000, received support from The Linux Foundation, earned an opportunity to pitch a venture capitalist firm, all in addition to deployment support from IBM. They decided Puerto Rico would be an ideal location to test their tech given the impact of Hurricane Maria and the island’s challenging topography.

“A solution like OWL definitely could come in handy in an emergency like the one we had,” said Ruth Silva, Deputy to the Chief of Operations, ITDRC Puerto Rico, a Code and Response implementation partner. “There are other solutions like the hardware [and the software]. But this combination of both, it’s what makes it different and powerful.” 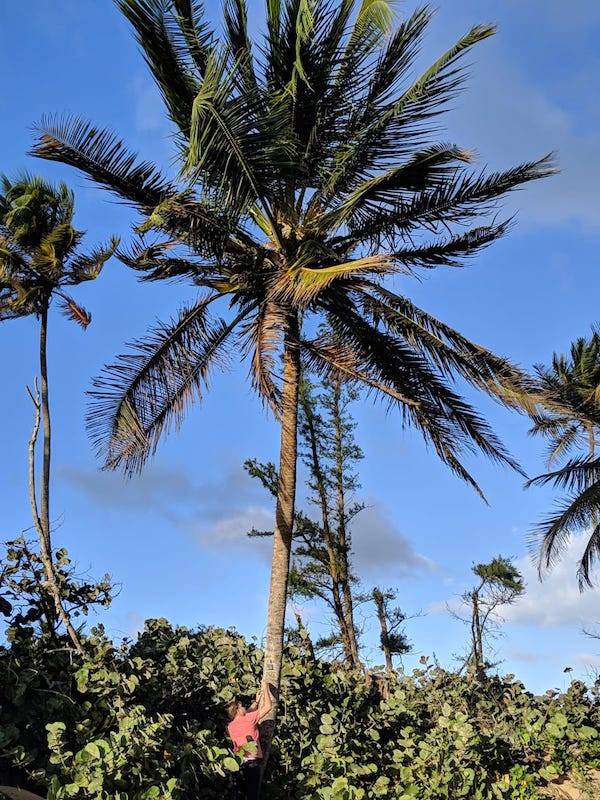 Project Owl manufactured all DuckLinks deployed in Puerto during their first week. Each DuckLink is built from a small IoT computer board, a radio antenna, and a battery pack. The devices are small, not much bigger than a smartphone, and are enclosed in a waterproof case. With the small, portable form factor, the team was able to carry them to locations and place them in trees and on signs using Velcro, which represents one of many potential post-disaster deployment approaches for their technology (others include dropping them by drone after a storm, or distributing them in advance to local community leaders).

All told, the team placed 65 DuckLink IoT devices across five regions throughout Puerto Rico, ranging from urban San Juan to the coastal rugged terrain of Isabela. They recorded more than 6,000 data points on an IBM Cloud™-based incident management system. The successful deployment of these ducks and data gathered showed the potential of this technology to operate at scales large enough to support disaster relief.

“This has not only been an exceptional experience and something we’ve spent an enormous amount of energy on,” Knouse says, “it re-ups the motivation because everyone here can see that we can actually do this. We can make this progress and we can make this impact. And we can continue to expand what we’re doing.” 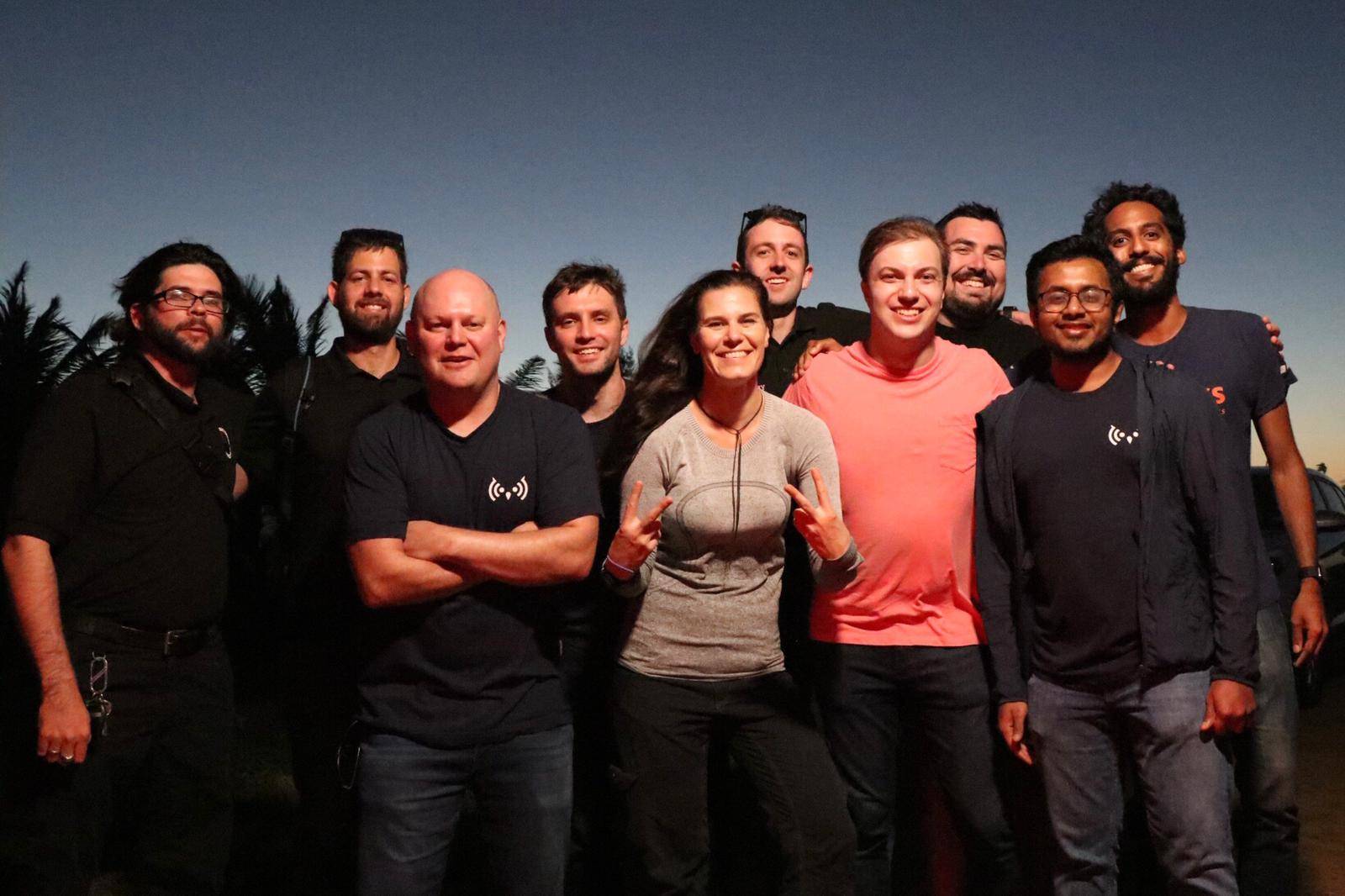 Be a part of the story

IBM is the founding partner of the Call for Code Global Initiative, now in its second year. The Call for Code 2019 Global Challenge is underway and this year’s competition emphasizes tech-based solutions that can improve individual and community well-being before, during, and after a natural disaster. As part of its Call for Code support, IBM offers content to help developers get started, access to technology tools, and weather data.

Ultimately, the program’s success hinges on the ability to tap into the global open source ecosystem to generate sustainable solutions that we can scale and deploy in the field. But IBM cannot do it alone. It is only by working with a broad partner ecosystem that these technologies may reach their potential.

Think you have what it takes to form a team and become the next Project Owl? Accept the Call for Code 2019 Global Challenge.

Or are you a partner or subject matter expert that can help Project Owl take their tech to the next level? Get involved with the IBM Code and Response initiative and contribute to their codebase or help with future deployments. You can clone the Project Owl GitHub repositories or invite yourself to the Project Owl Slack workspace.

Catching up with Project Owl

Since winning Call for Code 2018, Project Owl is working hard to implement their solution to help aid communications during the next disaster.

Letter from Call for Code CTO: Answer the call in 2019

Submissions for Call for Code 2019 are now open. Developers are challenged to create scalable, sustainable, and life-saving open source…

The 2018 Call for Code winner, Project Owl is a hardware and software solution that simplifies disaster management.