Students code to save communities at BigRed//Hacks 2019

During a weekend in September, I had a wonderful experience attending the oldest and largest student-run hackathon at Cornell University organized by BigRed//Hacks. Although I have attended numerous conferences, labs, and other events in my career before, this hackathon attended by 700 students from universities all around the country was my first of its kind and an outstanding one. The theme of this year’s competition was Hack to Save Your Community, challenging the student teams to create solutions for social and humanitarian issues such as natural disasters and housing inequality. I was there to serve as a mentor and coach for teams submitting for the prizes sponsored by IBM, but it was the students who really taught me that weekend about the positive effects that technology can have on our neighbors.

There were several challenges and prizes offered to students during the BigRed//Hacks event. One of those was the Code and Response Codeathon, presented by IBM and Clinton Global Initiative University (CGI U), for students to develop solutions for natural disaster response and resiliency using open source technologies. It called on participants to create practical, effective, and high-quality designs and applications based on cloud, data, and artificial intelligence technologies that can have an immediate and lasting impact on humanitarian issues. 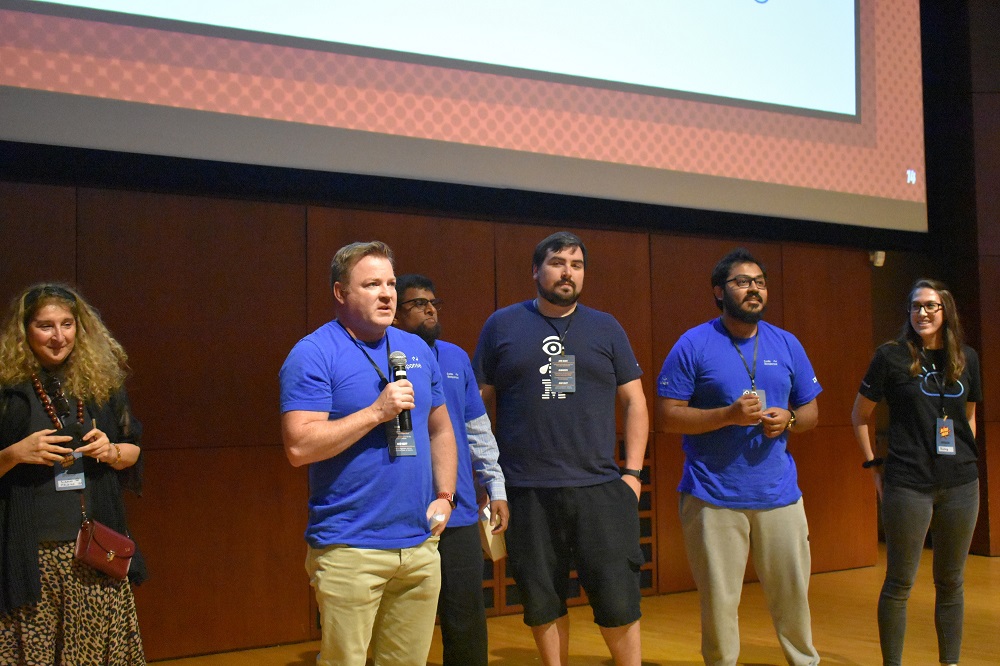 Student hackers collaborated with their team members for 36 hours straight, brainstorming ideas, working on project designs, writing code, and preparing presentations. Throughout the process, IBM developer advocates provided guidance on how to use a variety of APIs and open source technologies, such as Kubernetes, Watson Visual Recognition, and The Weather Company API Platform. Eighteen projects were submitted to the first round of judging, where the IBM developer advocates short listed five top teams to publicly present their projects and answer questions from the judges and fellow contestants. 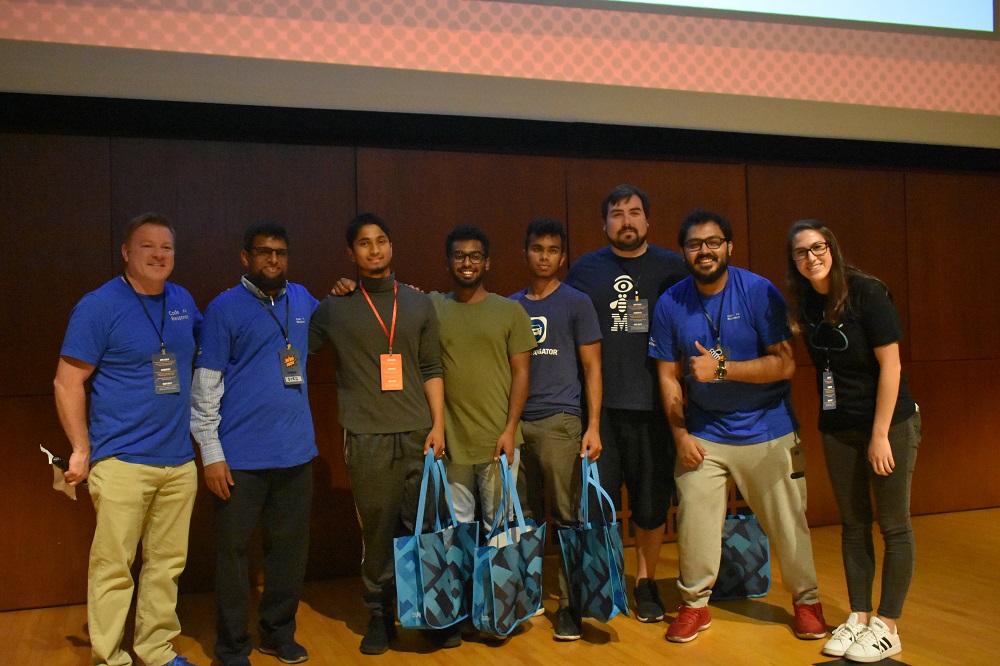 Together we can make a difference

There are many natural disasters that people all around the world face and, unfortunately, we cannot control when or how one may strike. However, the students who participated in this year’s Code and Response Codeathon at BigRed//Hacks showed me that there are many ways to help victims of those disasters if we make the effort to work together. That is in our control.

The winners of this year’s competition created a mobile app, called Together, which helps communities recover from natural disasters as fast as possible. It encourages people to collaborate and come to the aid of neighbors who suffered during a natural disaster by participating in local relief efforts organized by non-governmental organizations (NGOs). For example, an affected area will likely need necessities such as food, clothing, and hygiene products. When users submit photos of items in their homes that are available for donation, Together analyzes the photos and uploads the information to a cloud-based database for NGOs to see whether there is a matching need and send a nearby truck to pick them up. The app also provides a chat bot for users to ask questions about natural disasters and notifies users about upcoming local volunteer events based on their geographic location.

Attending BigRed//Hacks was not only a fun weekend working with the students from universities across the country, but a first-hand demonstration of the power of positive intentions combined with technical skills. To learn more about how you can reduce the risk of natural disasters through technology, check out the solution starter kits and other useful resources on the Code and Response website.

Girls Who Code are making a difference. Together, with IBM Developer, this co-hosted event was a huge success with ideas ranging from using AI to implementing drones.

We’ve been everywhere: Developers all over the world are making a difference

We hosted hackathons and events all over the world to encourage developers to answer the call. Read how developers from all areas of the world are committed to help mitigate the effects from natural disasters.