Building high-quality container images and their corresponding pod specifications is the foundation for Kubernetes to effectively run and manage an application in production. There are numerous ways to build images, so knowing where to start can be confusing.

This learning path introduces you to the universal application image (UAI). A UAI is an image that uses Red Hat’s Universal Base Image (UBI) as its foundation, includes the application being deployed, and also adds extra elements that make it more secure and scalable in Kubernetes and Red Hat OpenShift.

The articles in this learning path describes best practices for packaging an application, highlighting elements that are critical to include in designing the image, performing the build, and deploying the application.

Readers should have a general understanding of Kubernetes’ concepts.

After completing this learning path, you will understand best practices for how to:

You can apply these best practices in any order, and some can be used even if others are not.

Each best practice includes the requirements to implement the best practice, manual steps to meet the requirements, and details related to Red Hat Certification requirements. Additionally, an example in each section shows how the open source Cloud-Native Toolkit uses the practice. The toolkit is an asset to help perform continuous delivery of cloud-native applications. As part of its functionality, it builds UAIs before deploying them.

Important: This article does not show the steps for producing an image, but it does describe the important attributes the image should have once it has been built.

Before you get started

Before proceeding to the rest of the series, let’s review some background information that helps explain the value of these best practices:

A Linux container image consists of three main parts and runs on a container host consisting of two main parts. Here is the stack of all five parts:

This diagram shows the stack: 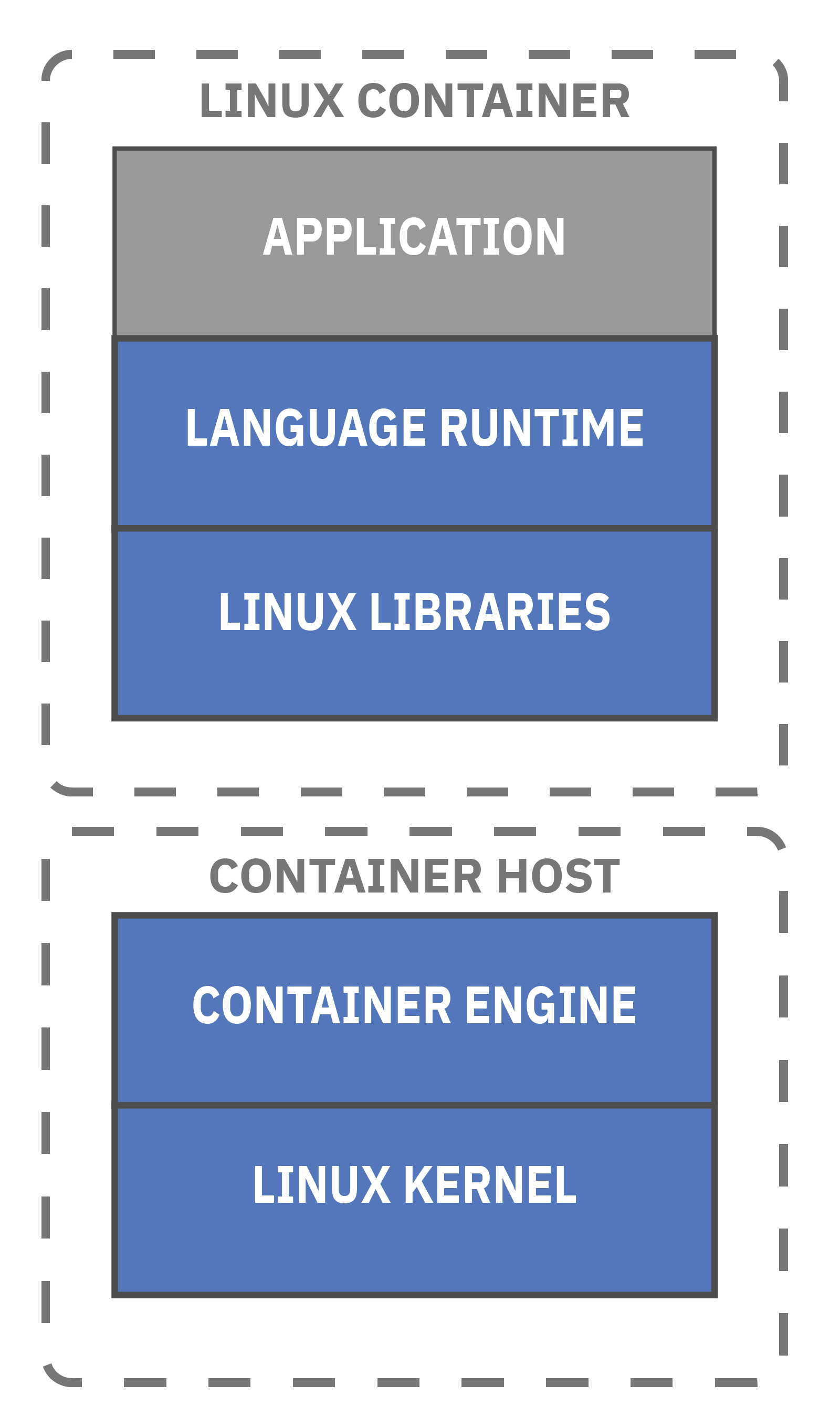 You can use components from a variety of sources, but those components must be compatible. To maximize compatibility, you should use Linux libraries and a Linux kernel from the same Linux distribution. While the Docker Engine is perhaps the best known container engine, containerd and CRI-O are better standardized and optimized for container orchestrators such as Kubernetes and OpenShift.

Building a UAI with a Dockerfile

A Dockerfile (also known as a Containerfile) is a script of instructions for how to build an image. An image builder such as Docker or Buildah executes the instructions to build the image.

Like all images, a UAI is built using a Dockerfile. You can add instructions to the Dockerfile in order to build an image with the qualities of a UAI.

Container standards that are required for Red Hat support in OpenShift

OpenShift users want to use images that maximize the security and vendor support that Red Hat offers. UAIs use security features in OpenShift and Red Hat Enterprise Linux to protect the cluster from potentially rogue container processes. UAIs also preserve a stack of components that Red Hat supports and takes responsibility to fix as needed.

Images built for Kubernetes tend to have at least two significant drawbacks when deploying to OpenShift:

The Red Hat Container Certification program confirms that an image is built with best practices that enable customers to use containers with confidence, knowing that:

Red Hat’s Partner Guide for OpenShift Operator and Container Certification explains how to submit both images and operators for certification.

Now that you’ve learned about UAIs, you can explore best practices for how to design, build, and deploy UAIs:

This knowledge will help you successfully package your applications to run well in both Kubernetes and OpenShift.

Legend
Next
Best practices for designing a universal application image

Get started with security context constraints on Red Hat OpenShift