Earthquakes killed over 800,000 people globally between 2000 and 2015, and almost one-third of the world’s population (some 2.7 billion people) live in seismically active regions. For those in the strike zone of an impending earthquake, every second matters. Earthquake early-warning (EEW) systems are essential in providing real-term alerts to nearby populations before the shaking arrives – giving people time to gather essentials and assist loved ones in getting to safety. The alerts can also trigger automatic systems that stop elevators, prepare backup power, and turn off gas pipes.

However, due to the incredibly high cost of traditional seismometers, dedicated telecommunications, and bespoke software, only a handful of governments have attempted to build EEW systems, leaving hundreds of millions at risk. Grillo, a social enterprise born in Mexico City and dedicated to the development of IoT solutions for seismically vulnerable communities, is working to change that.

Grillo’s IoT sensors – based on low-cost, open source hardware designs that take only minutes to install – can rapidly detect ground motion, triggering algorithms in the cloud to verify that an earthquake is occurring, and instantly sharing alerts to at-risk populations via a mobile application or wearable device. Grillo understood that to drive meaningful impact, they needed to craft solutions that not only work at the local level, but can also scale and help any community – potentially anytime, anywhere. Deployment of EEW systems at a critical mass is challenging – from costs and labor on the ground, to community buy-in and availability of local expertise.

Understanding the need to partner with a broader ecosystem, Grillo realized that open source could provide a powerful way to tap into the expertise of the developer community and drastically increase their global footprint. Last summer, with support from The Linux Foundation, Grillo open sourced their project, OpenEEW, allowing problem solvers around the world to contribute to the technology and quickly scale it. The project has been deployed through the Call for Code pipeline, with support from IBM, USAID, the Clinton Global Initiative, and Arrow Electronics, among others, and has already gathered over a terabyte of data since 2017. You can read more about the OpenEEW initiative and technology.

Unlike traditional early-warning systems, OpenEEW is working to build a global system where the boundaries of the alert system are not limited by governmental owners or state-run authorities. Thus, an earthquake in northern India may generate alerts for users in Nepal, or an earthquake in southern Mexico may generate alerts for users in Guatemala. Given the limitation of resources in many of these at-risk communities, OpenEEW is focused on building a low-cost platform that is easy to deploy and manage. The sensors are based on widely available components, and the detection system and dashboard can be hosted in the cloud, or even on a laptop. 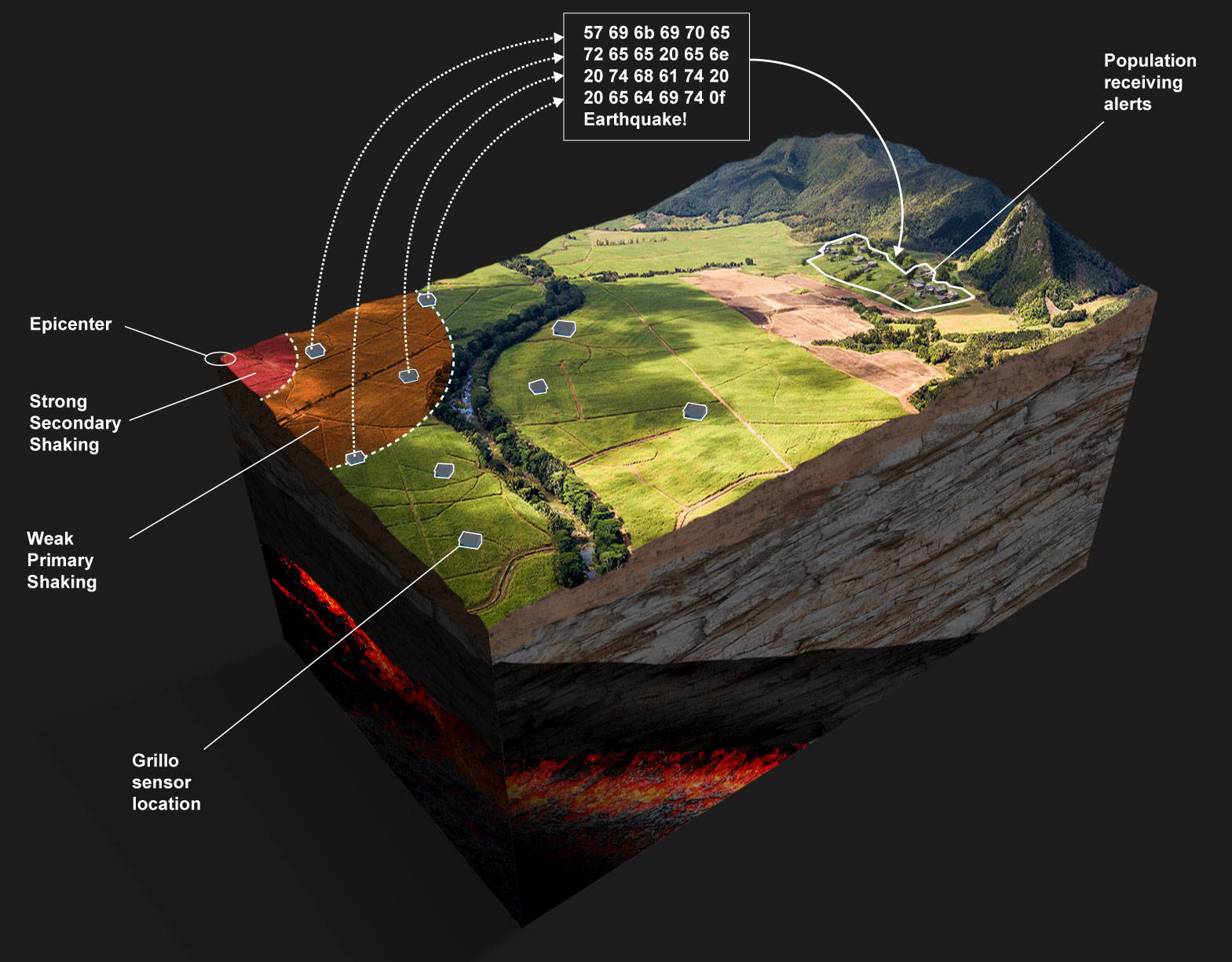 Grillo founded OpenEEW in partnership with IBM and The Linux Foundation to allow communities to build their own earthquake early-warning system. Anyone can deploy or contribute to this open source toolset, which includes the core components from the Grillo EEW. As a Linux Foundation project, OpenEEW follows typical conventions for an open source project. The code resides in various OpenEEW GitHub repositories, and everything has been licensed so that anyone can benefit from the work, which has already led to the creation of several community projects around the world.

While the technology has been designed for deployment in any location, the community is using a deployment in Puerto Rico as a laboratory to test the full end-to-end system. Puerto Rico is a center of seismic activity, and benefits from a relatively dense sensor network comprised of 90 devices across the island. Grillo’s next-generation devices require only a few minutes to install, and feature a custom board designed with Arrow Electronics, along with integrated wifi capabilities. 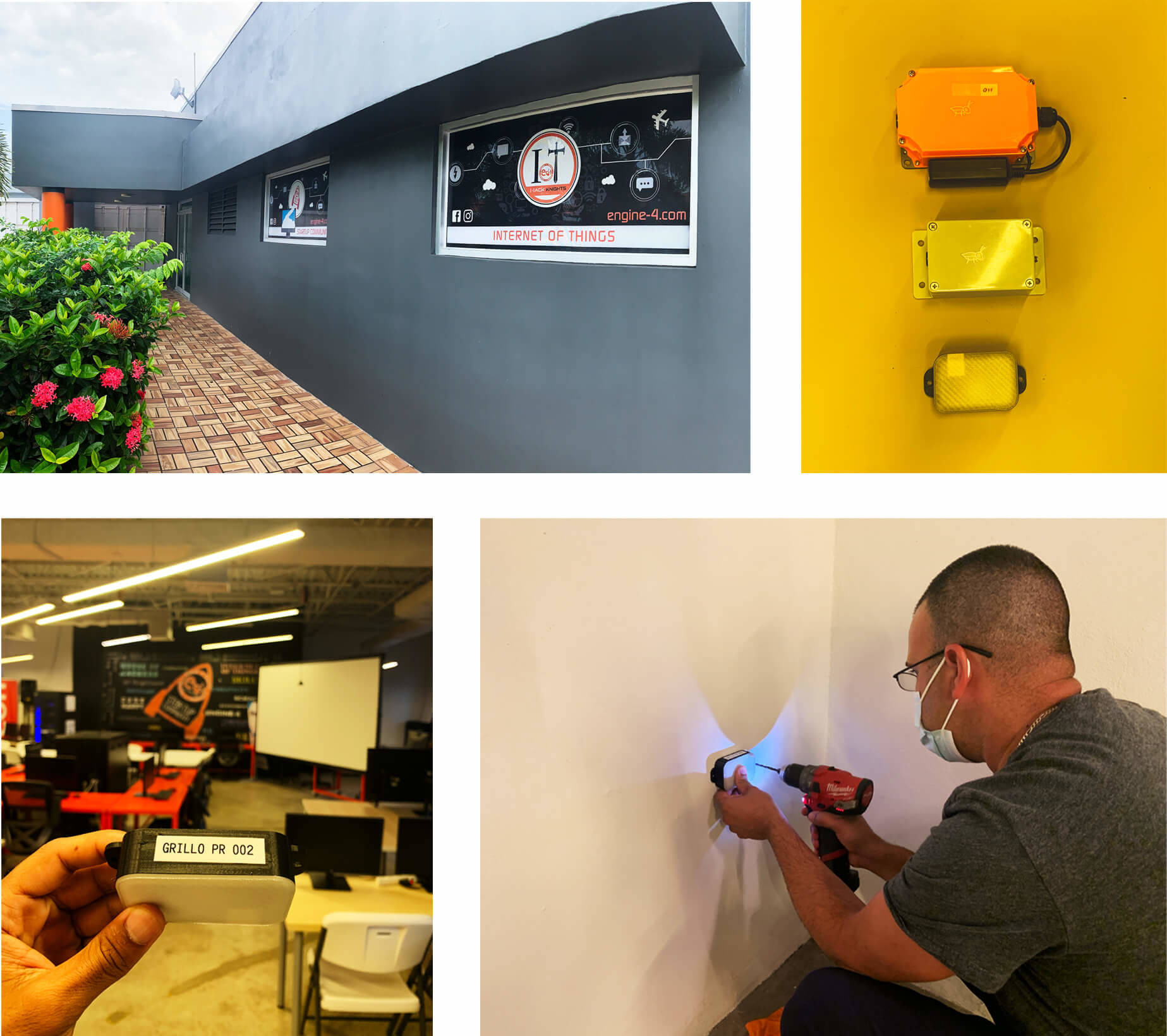 This growing OpenEEW deployment on the island has earned the trust of essential partners in Puerto Rico, including the Puerto Rico Seismic Network, the Puerto Rico Science, Technology & Research Trust, and many others. Together, they are calling on the open source community to help introduce affordable, community-driven detection solutions to the region. OpenEEW plans to expand its technology into the Caribbean to test historic data and apply new technology, such as the development of a mobile app and its public dashboard for real-time monitoring.

How you can get involved

Grillo’s goal is to facilitate the creation of new, community-driven EEW systems around the world. Grillo is asking open source communities to help improve and test the sensor firmware so that it is more reliable and easier to provision. From developing seismological machine learning algorithms to building a mobile, wearable experience and deploying the application in Kubernetes for scalability, there are multiple ways you can help advance the OpenEEW project and bring it to new communities around the world.

Get started with Call for Code