Get the code
Watch the video

Because the data sets that are used in visual recognition classification processes are so large, developers can get bogged down in classifying the images instead of working on other AI and machine learning technologies. By integrating Watson IoT Platform with the Watson Visual Recognition service, you can optimize the processing time to identify objects using the Visual Recognition trained models. This code pattern will show you how to build a Java-based training app to capture images from an IoT-enabled device and subsequently create and train the custom classifier by calling a Java API that is passed a set of images. This code pattern then shows you how to build a prediction app that classifies a new set of images based on the trained model by using Watson IoT Platform, Node-RED, and the Watson Visual Recognition service.

This pattern consists of 2 apps: a training app and a prediction app. The prediction app provides an innovative solution for optimizing the classification process. Images are captured and published to Watson IoT Platform, and an IoT subscriber node in Node-RED then takes this published payload and passes it to the Watson Visual Recognition service invocation. The image classification results are stored in a Cloudant DB.

In order to display identification results, you need to run the prediction app. IBM Watson IoT Platform gives a developer the flexibility to integrate and perform other services and tasks, such as analytics, storage, and so on. In this pattern, the Watson IoT Platform is used within the prediction app to call the Visual Recognition service to detect objects in an image. The advantage of this implementation is that it reduces the over all execution time for object detection. 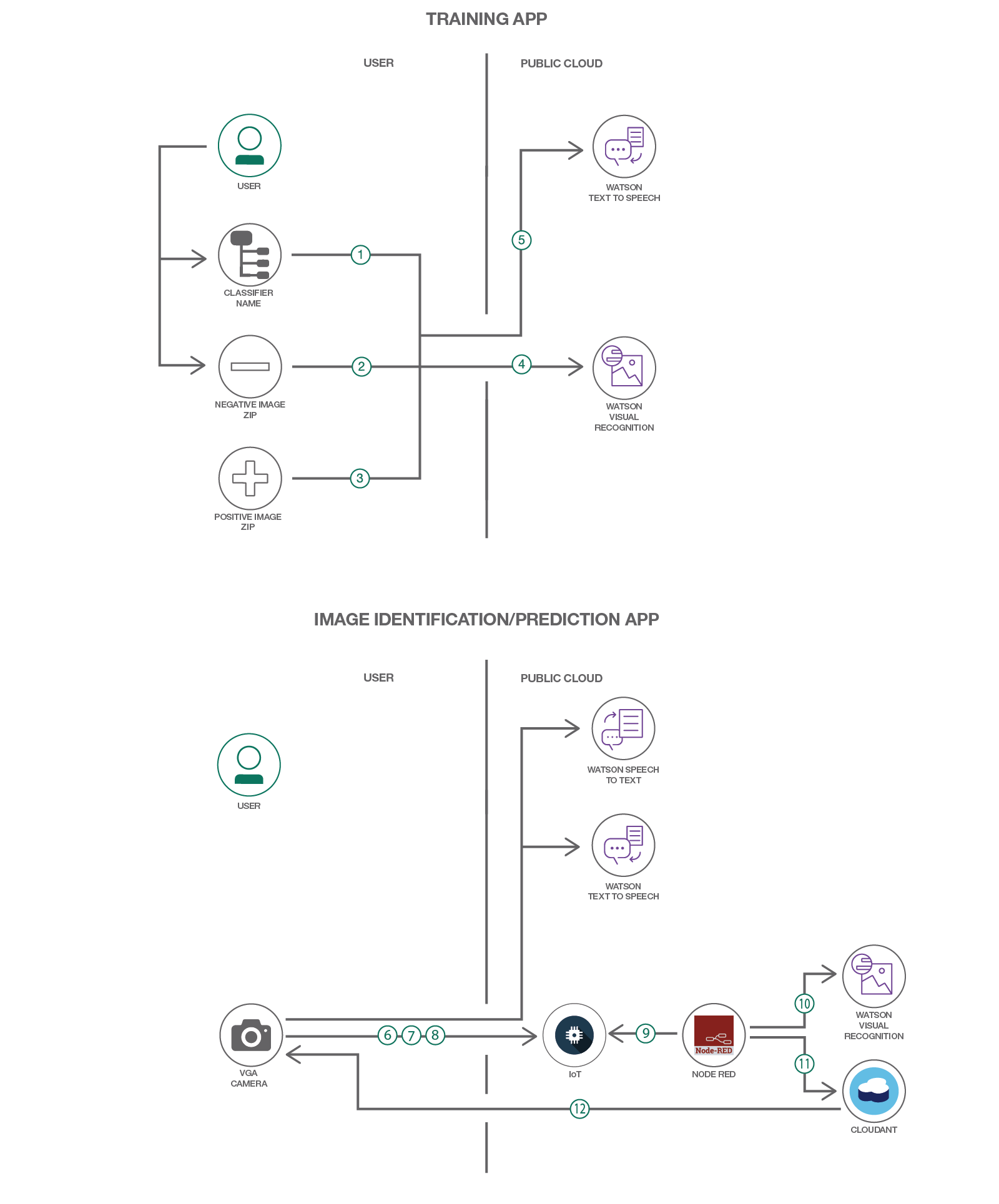 See the README file for the complete instructions. Here are the main steps that you need to complete to use this code pattern:

Use the Watson Spring Boot Starter to access Watson services