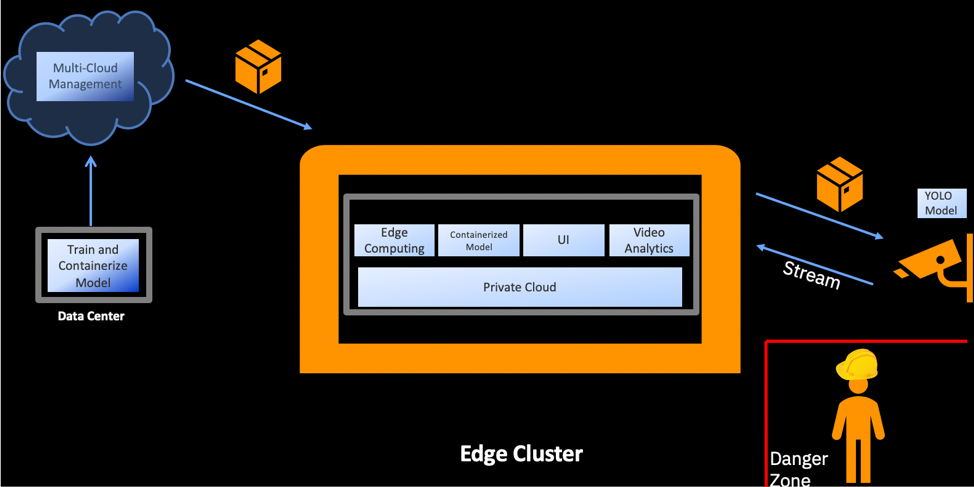 We will now look at how products such as Maximo Visual Inspection, Multi Cloud Manager, IBM Video Analytics and IBM Edge Application Manager can be used to create a full end to end solution.

Maximo Visual Inspection Inference server is a server that lets you quickly and easily deploy multiple trained models. We will use the inference server to create a docker image of the hardhat model. This allows you to make the hardhat model available to others, such as customers or collaborators and ability to run the model on other systems. 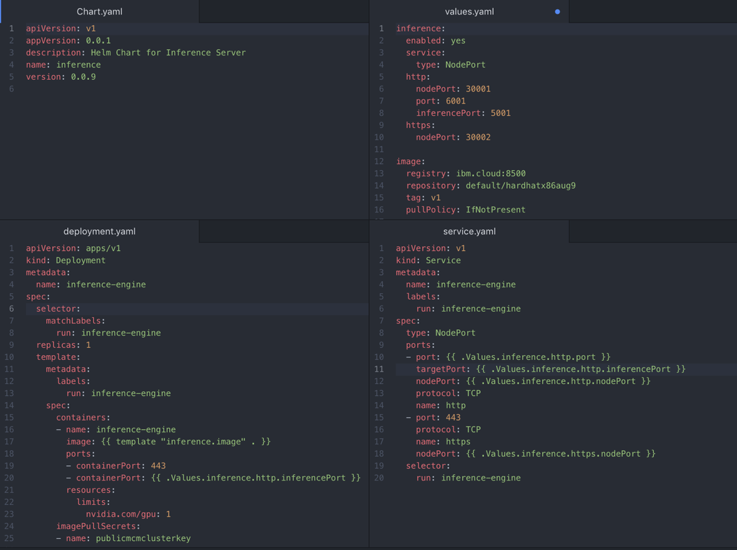 IBM Video Analytics is used to manage the video stream from a camera. It is also used to define an object to detect as well as the area to designate as a danger zone. Once it detects a person entering the danger zone area, it makes a call to the Maximo Visual Inspection hard hat model to determine whether that individual is wearing a hard hat. If a person is not wearing a hard hat, IBM Video Analytics fires an alert.