IBM UrbanCode Deploy is a tool that helps you automate application deployments throughout your cloud environments. It is designed to make rapid feedback and continuous delivery in agile development relatively easy while providing the audit trails, versioning, and approval paths you need in a production-level system.

In this tutorial, I’ll explain the build-and-deploy toolchain of microservices, starting with the standard tools you need:

I will be focusing primarily on UrbanCode Deploy.

The architecture and pipeline

Typically, a microservices architecture is one in which multiple microservices each perform a single unit of work, while a web component consumes all the data provided by these microservices and shows it to the user. Each microservice will have its own build pipeline to build and deploy to the development environment automatically.

Let’s look at this in a bit more detail.

In this scenario, one common database and cache service hold the common data across the various microservices. 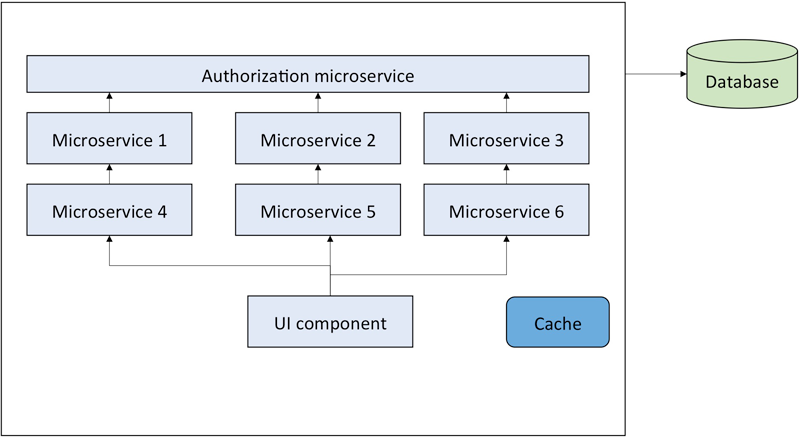 My goal in this article is to describe how you can configure UrbanCode Deploy to deploy these microservices to hybrid cloud environments.

Since each microservice will have its own build pipeline, let’s look at that next.

Based on the branching strategy, the code gets deployed to the target environment. I will be doing this using a GitLab repository where webhooks are configured to automatically trigger a build in Jenkins.

The Jenkins job is configured to build a Java™ or Node application, perform code quality using SonarQube (the open-source platform for continuous inspection of code quality), and store the artifacts in IBM UrbanCode Deploy.

Next, I’ll demonstrate how to configure Jenkins for auto-build.

Running builds as soon as code is pushed can be important because it enables you to detect problems quickly and locate them more easily. To automatically run builds, Jenkins listens for POST requests at a Hook URL.

In Jenkins, you enable the option to build when a change is pushed to the GitLab repository as shown:

Copy the GitLab CI Service URL, go to the corresponding GitLab Project, click Settings > Webhooks, and paste the URL into the field. Click Add Webhook and test it, as shown:

Configure the GitLab system to build when code is pushed to a certain branch. Add the same filter in Jenkins.

In this section, I will show you how to create a deployment pattern, which involves: 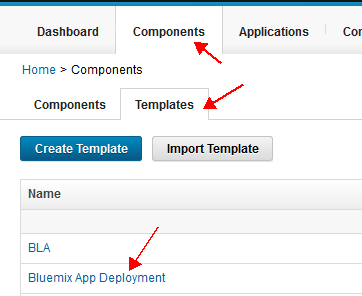 Whenever a new microservice deployment is needed, a component is created using this template. The template will have the following four processes defined:

You’ll need to define the following environmental variables for the component. Follow these steps to create them:

Create the following set of environment variables which will be used in the process execution:

All these variables should be defined as the component environment variable.

You’ll also need to define the following component-specific variables (as shown in Figure 6):

Component-specific variables are restricted to a component and will remain same across environments. To create a component variable:

The sample process for deploying a typical Liberty application with Slack integration is shown in Figure 7. You can see that application artifacts are downloaded, custom server.xml is generated, and the application is pushed to IBM Cloud. The Slack channel is notified of the success or failure of the process. You can use the following steps as a reference, but the deployment steps for each of the microservices may vary based on your architecture and customization. 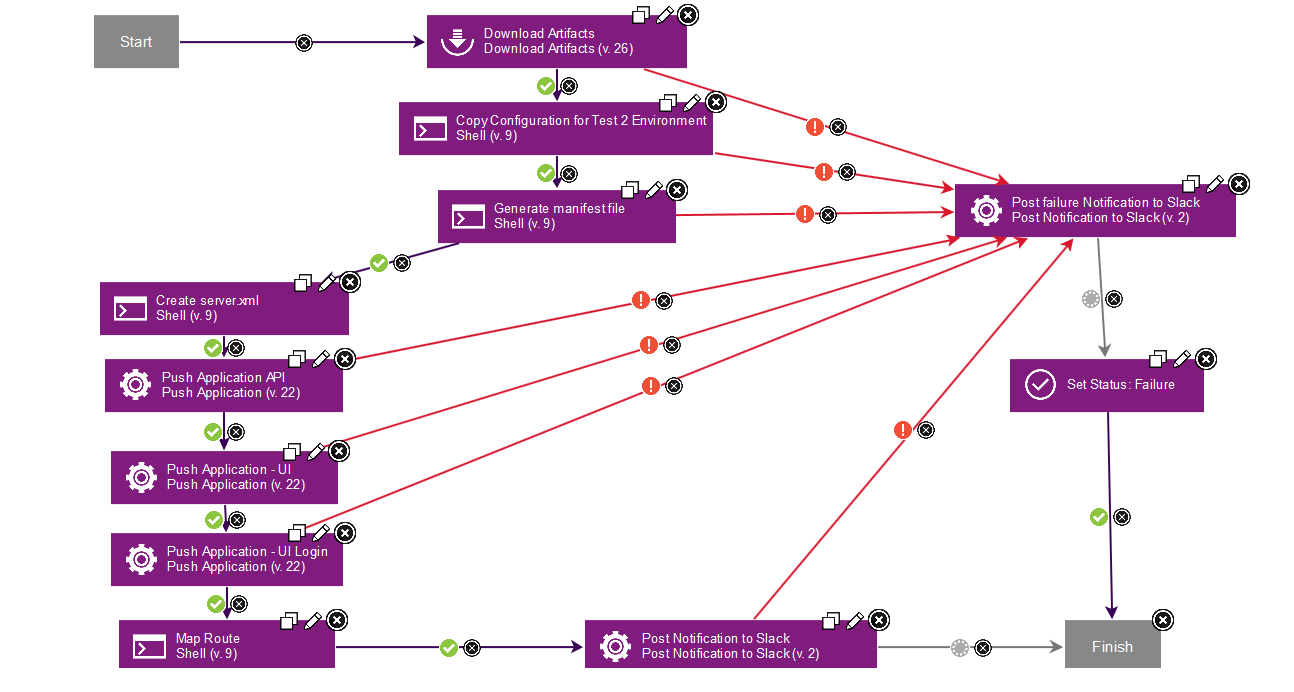 For each microservice, you’ll create a separate component in UrbanCode Deploy and during creation, you’ll select the component template that you created earlier.

Once you’ve created the application, start adding components as follows:

This will create a new environment. 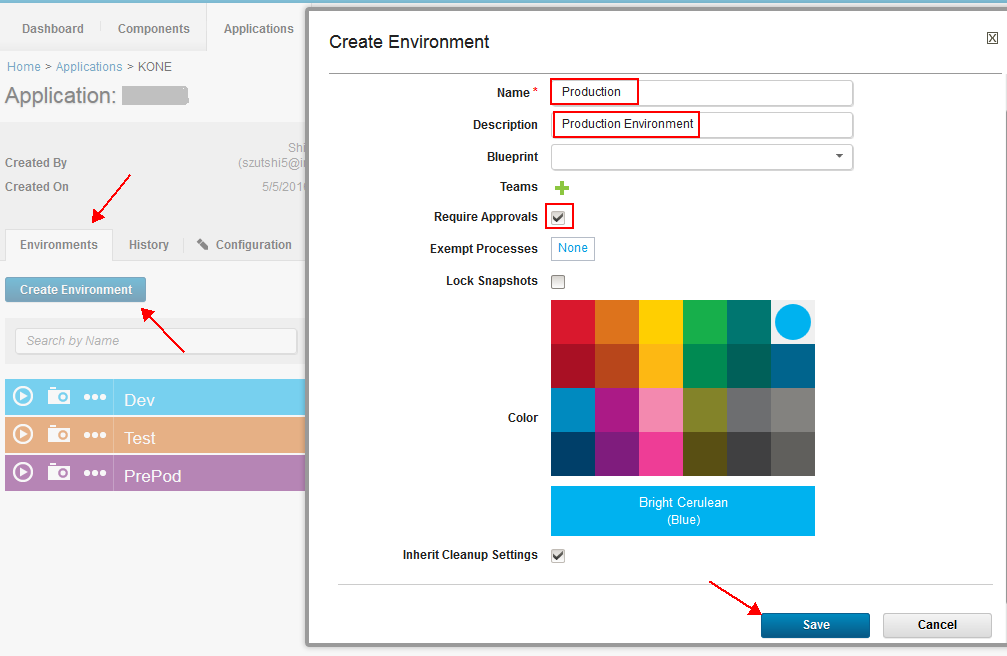 Once an environment is created, you will need to associate resources (agents) based on the environment where the deployment needs to be made.

Next, you’ll add resources to the environments. If your application components need to be deployed to multiple servers, then you will need to configure resource mapping carefully.

Now UrbanCode Deploy is aware of the component-to-server mapping for each environment. 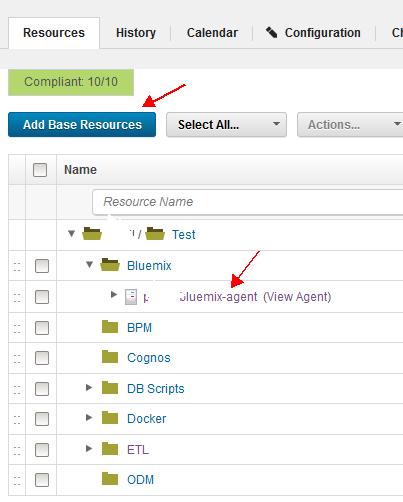 To create the environment variable:

The variables will be listed as shown in Figure 13. 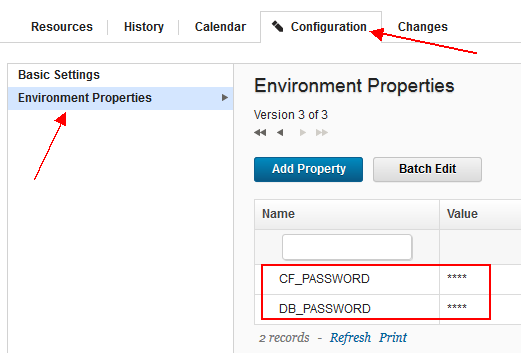 Generate the manifest file by environment

A manifest file is a template file that contains the key name and the value that will be dynamically populated during the deployment by the UrbanCode Deploy process.

Once you have defined an application and created the environment and mapped the resources, you need to create the application process that defines the order of deployment for multiple components in the application.

It is a good idea to create a single application process for each component individually—a process that will deploy all the components in one go.

Once you install the plug-in, you will see a new post-build action to publish artifacts to UrbanCode Deploy. Select this step and configure the values as shown in Figure 15: 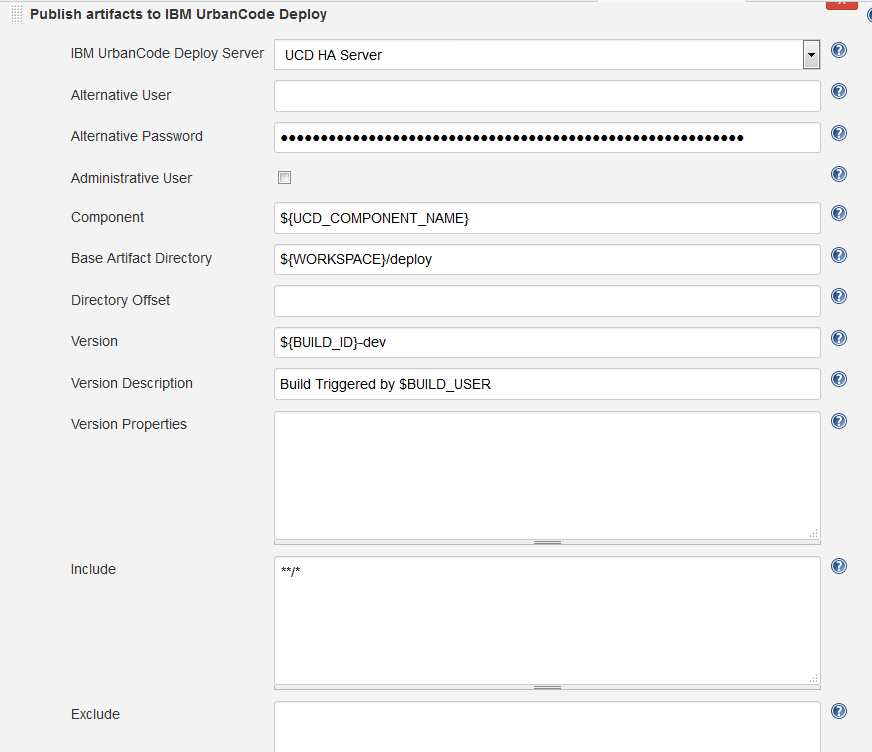 Provide the Component name and the Version number. This step will copy the artifacts provided in the field Base Artifact Directory to UrbanCode Deploy and version it with the number provided in Version field.

If you need to deploy this version of the artifact, then add in the following details: 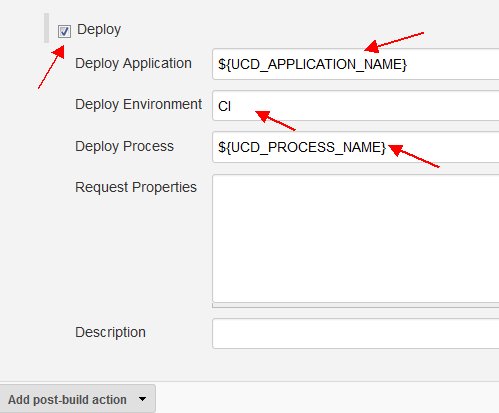 Provide the UrbanCode Deploy application name created in the previous step. Provide the Environment and Application Process information from previous sections to deploy to the corresponding environment.

Most development projects follow the “build once, deploy many” approach and this example is no exception. 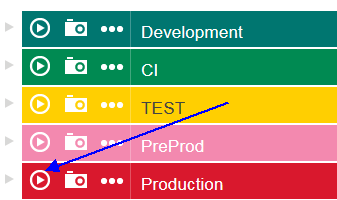 Next, select the application process that you want to use from the drop-down menu. If you need to deploy multiple microservices in one go, then you can create snapshots in UrbanCode Deploy that contain the tested versions of the microservice and deploy them all at once. 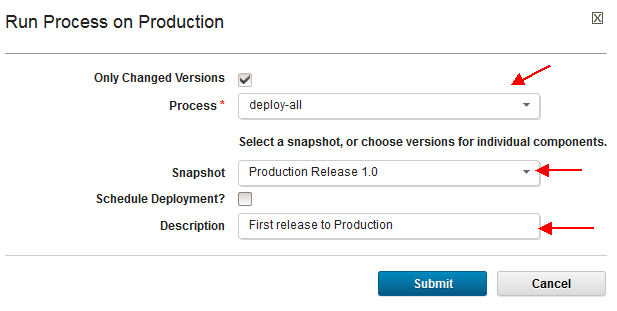