Note: This developer pattern is the first in a series of patterns designed to get you started with blockchain. For an overview of the series, see Build your first blockchain application.

When something as big as blockchain emerges, developers who understand and can implement the technology are in the driver’s seat. But first you have to learn it. In this developer pattern, the first in a series of “hello world” blockchain patterns, you’ll learn how to build a blockchain network using Hyperledger Fabric. You will create a smart contract that defines the participants, tradeable assets, and allowable transactions. You’ll then deploy the packaged contract onto a configured Hyperledger Network on the IBM Hyperledger Platform on IBM Cloud.

When you have finished this code pattern, you will understand how to:

Discover how easy it is to set up and configure a basic network that includes a peer, orderer, channel, and certificate authority. Refer to the Getting started with IBM Blockchain Platform in IBM Cloud Docs to learn more about these significant components of a blockchain. Business networks also include the participants who interact with them, each of which can be associated with a unique identity, across multiple business networks. This is your chance to climb on the blockchain train and build the skills every business will need. Complete this developer pattern, watch for future blockchain patterns, and make yourself indispensable. 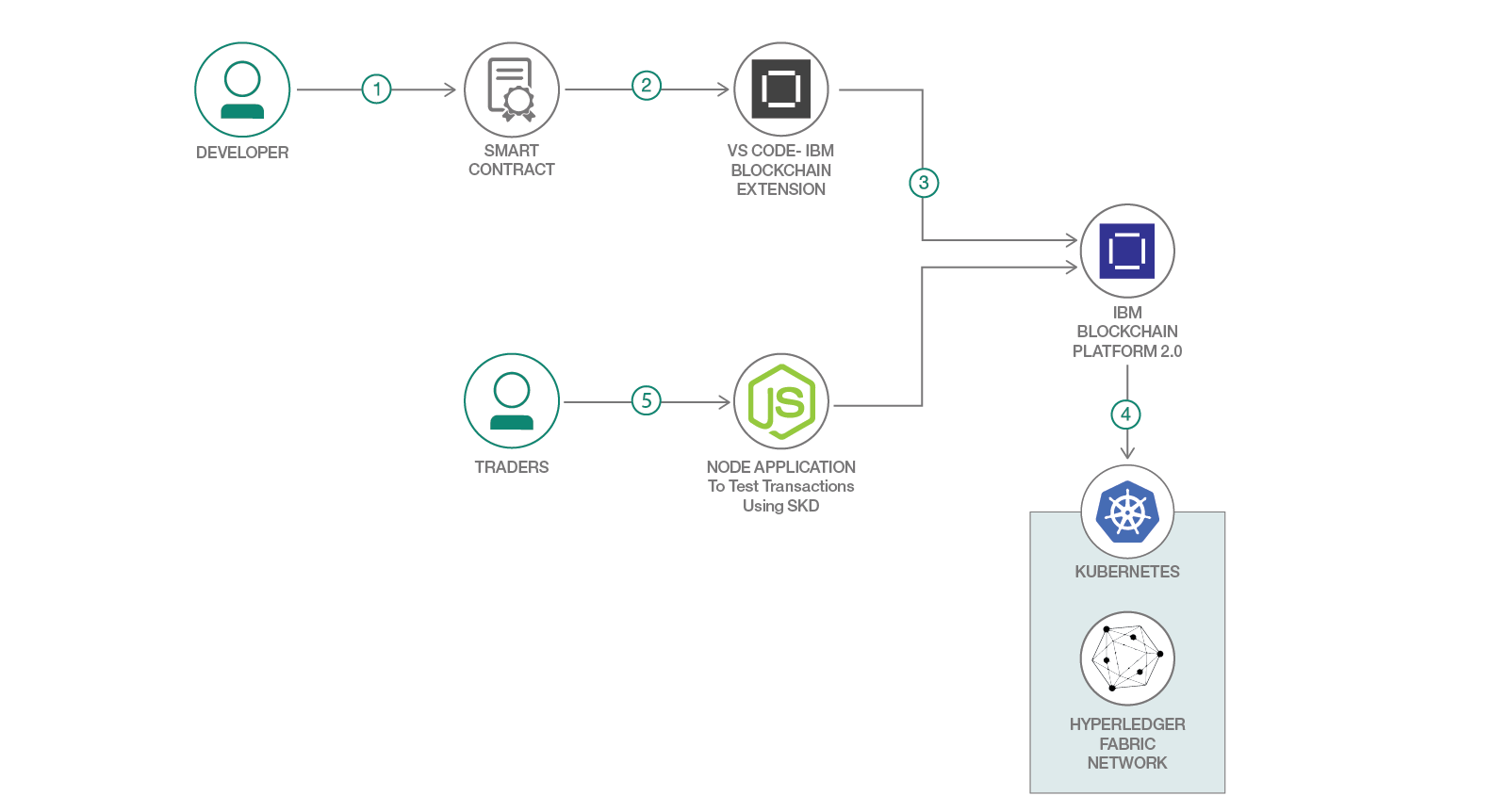 Find the detailed steps for this pattern in the README.