Bring your own infrastructure to IBM Cloud

Note: If you have an Amazon Web Services (AWS) environment, try the code pattern that covers the same material, but with AWS.

In this code pattern, you deploy a microservices-based back end in OpenShift 4.5 running on an IBM Cloud Satellite location on Google Cloud Platform. With IBM Cloud Satellite, you can connect your own compute infrastructure — either on-premises or running in another cloud provider — to a central control point on IBM Cloud. By doing this, you can consistently manage OpenShift and, in the future, other services such as databases. In this pattern, you create an IBM Cloud Satellite location, deploy and attach virtual machines (VMs) from Google Cloud Platform, and deploy OpenShift (managed by IBM Cloud) on those VMs. After deploying your Node.js and Java microservices-based back end, you create IBM Cloud Satellite Links — an encrypted, managed tunnel — to connect your application to services on IBM Cloud App ID for authentication and IBM Cloud Databases for transaction storage. 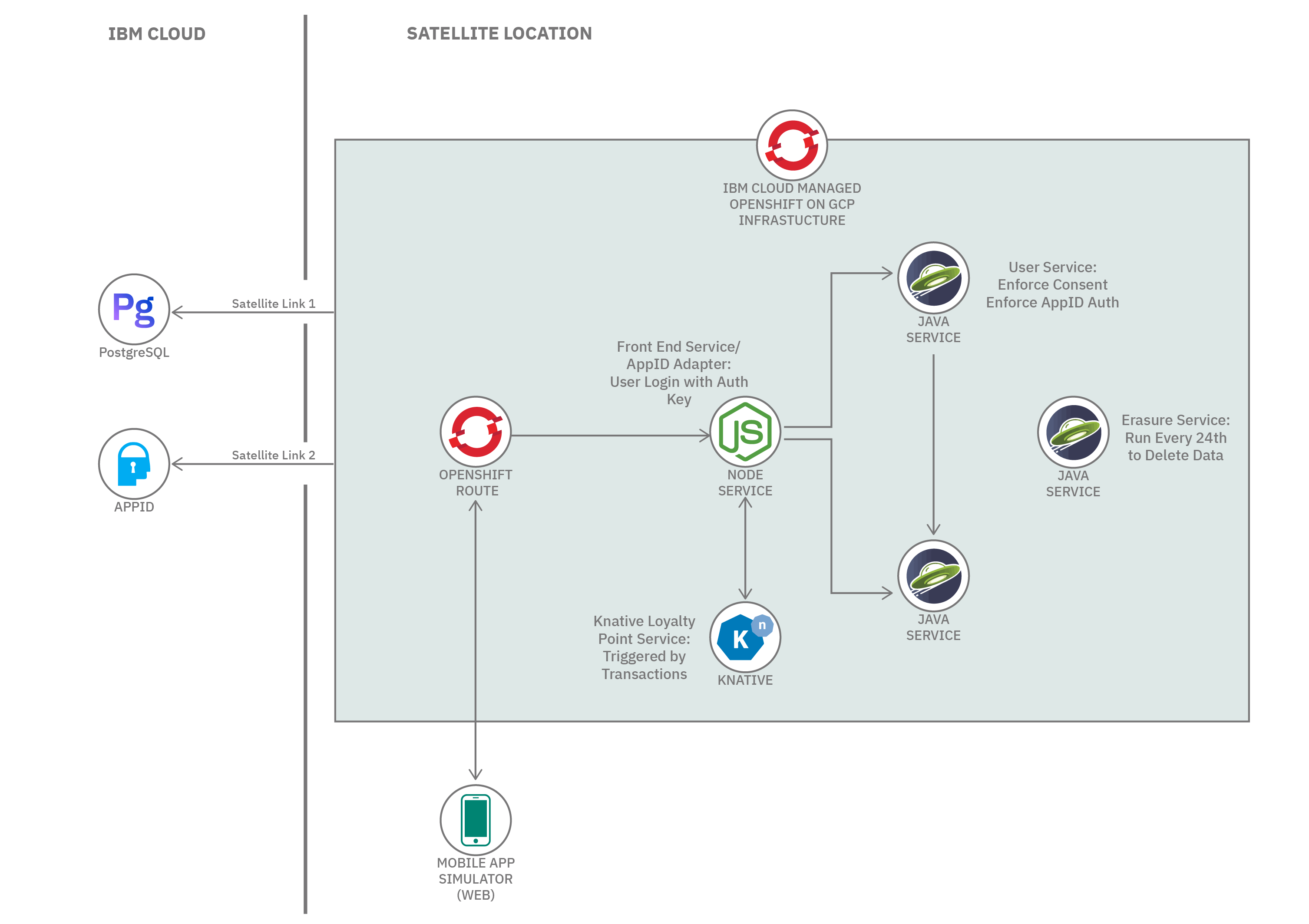 Find the detailed steps in the README file. Those steps explain how to:

An overview of the new IBM Cloud Satellite distributed cloud

Provision, bind, and use services in a cloud-native way

Improve performance and efficiency in your Red Hat OpenShift deployments

A guided tour of Red Hat OpenShift on IBM Cloud