Containers are a major trend in deploying applications in both public and private clouds. The widespread adoption of containers is largely due to the development of standards that are aimed at making them easier to use, such as the Docker image format and distribution model. One of the key use cases for containers is moving legacy applications to containers orchestration platforms like Kubernetes, which allows for better distribution, scaling, and maintenance.

This application showcases the full power of containers and show how you can move existing applications to the cloud seamlessly. We provide a full roadmap for developers, helping you migrate your apps to the cloud and leverage cloud-native packaging by using containers. We show you how a common multi-component application can be deployed on the IBM Cloud Kubernetes Service.

GitLab represents a typical multi-tier app, and each component will have its own container(s). The microservice containers will be for the web tier, and the state/job database will be with Redis and PostgreSQL as the database. 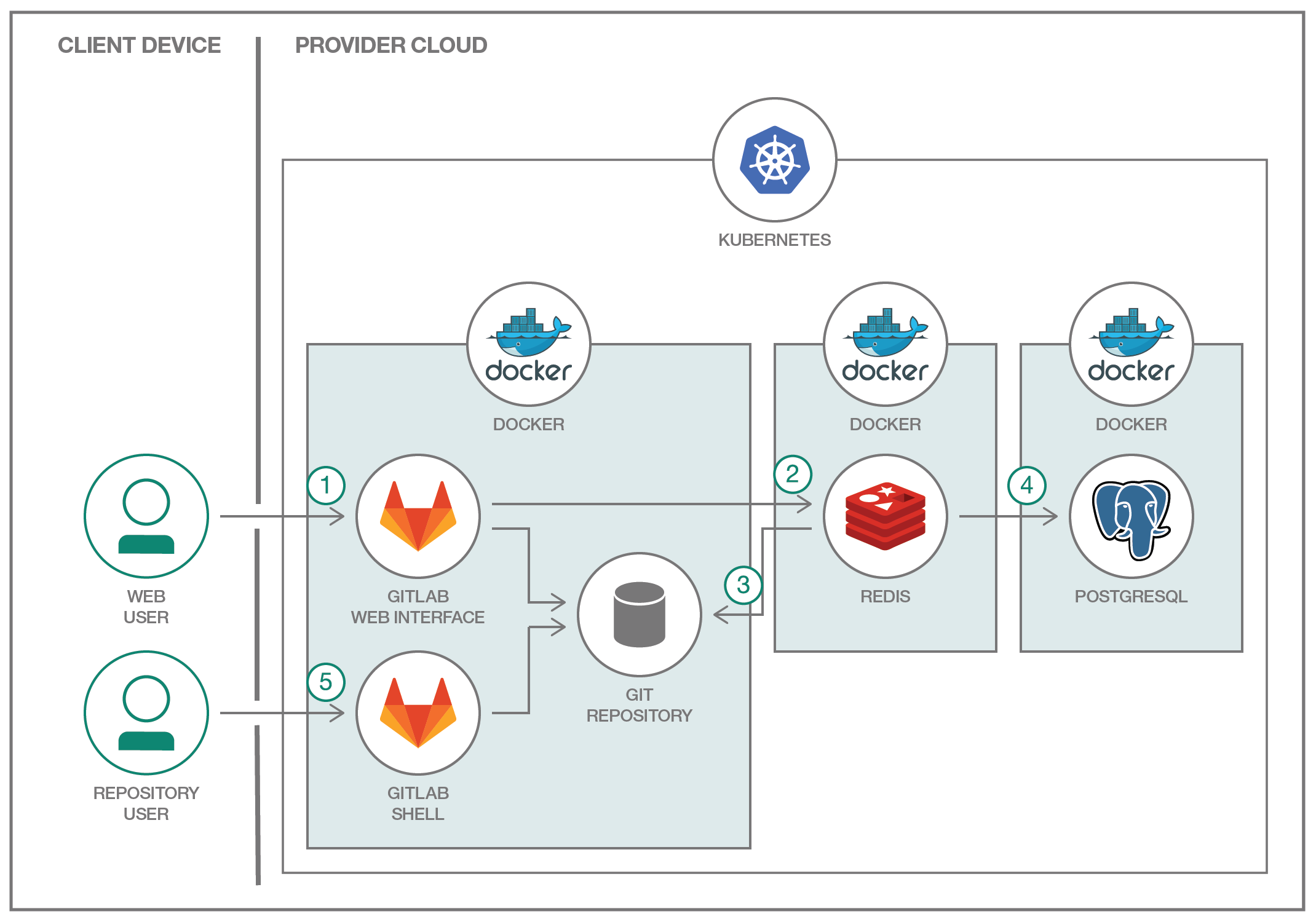 Ready to put this code pattern to use? Complete details on how to get started running and using this application are in the README.

Learn the history and fundamentals of Kubernetes

Node.js in a Kubernetes world