This code pattern demonstrates one of the use cases of Kafka in an event driven microservices architecture. The code pattern will show you how to autoscale your microservices in Red Hat OpenShift using KEDA (Kubernetes-based Event Driven Autoscaler). The microservices will be scaled based on the consumer lag of a Kafka consumer group.

In this code pattern, you will deploy an example food delivery application that is using Kafka and Red Hat OpenShift. The example application is using a Kafka topic to produce and consume records of orders. The application has multiple microservices that consume and process these records (messages). The architecture below explains the roles of these microservices. To scale these microservices based on the incoming messages instead of the default Horizontal Pod Autoscaler (HPA) that uses CPU and memory thresholds, you will use KEDA, an open source project.

With the KEDA operator, you can scale your OpenShift resources based on events. In the case of Kafka, you can scale them based on the consumer lag. Consumer lag is the difference between the most recently produced message and the current message that’s consumed. If the consumer lag starts to grow, this usually means that the consumer is not able to keep up with the incoming messages in a Kafka topic. With KEDA, you can autoscale the number of consumers so that your group of consumers can consume and process more messages to try and keep up with the pace of incoming messages. KEDA also supports more event sources besides Kafka (such as IBM MQ).

This code pattern also works with the Confluent Platform for IBM Cloud Pak for Integration. 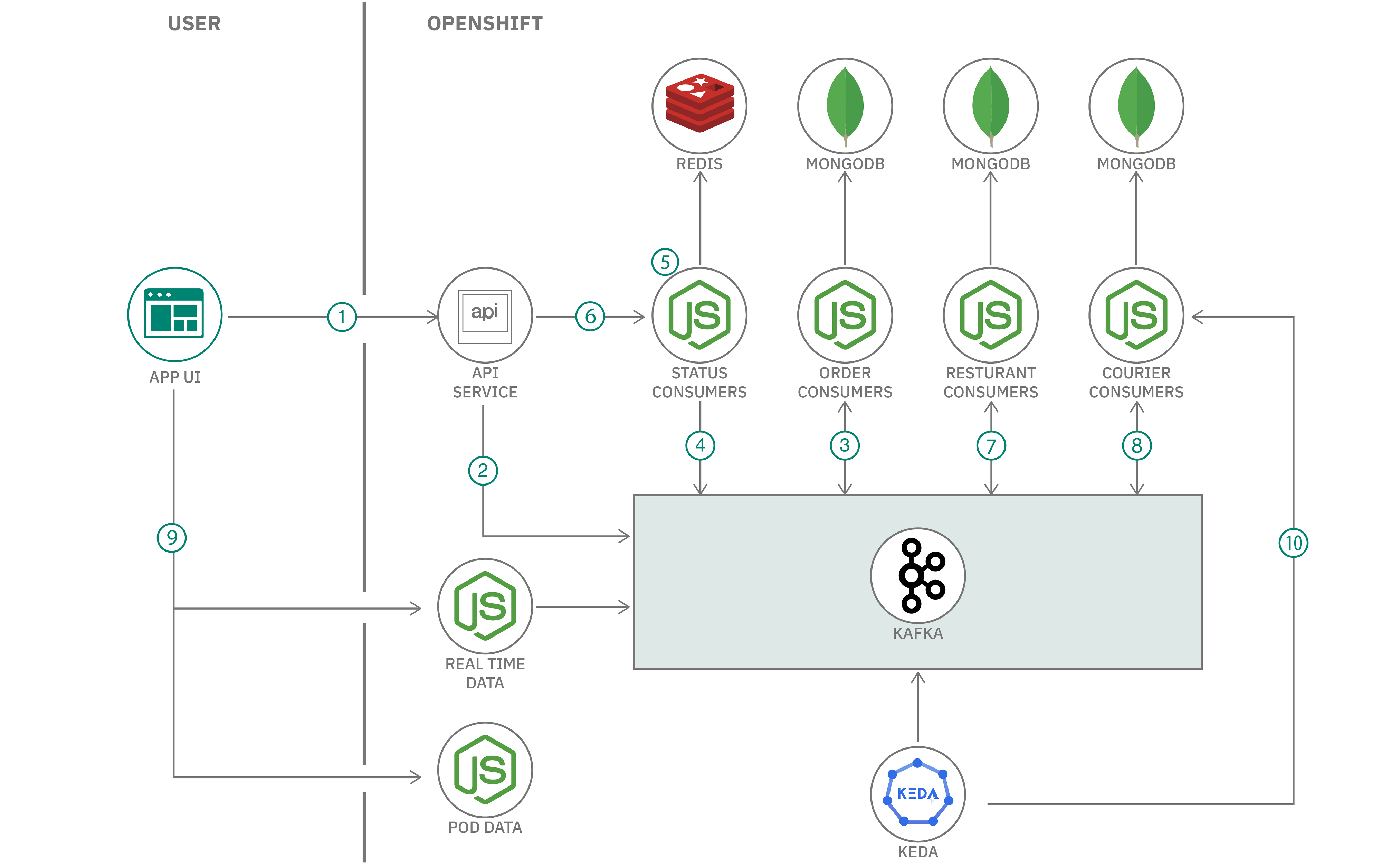 Find the detailed steps for this pattern in the readme file. The steps will show you how to:

Why enterprise messaging and event streaming are different