The provided web application behaves as a portal to the blockchain network. It contains an intuitive GUI, from which users can deploy and upgrade the chaincode from GitHub and then invoke transactions and query the entities.

Moreover, users can also experiment with simplistic automatic CI/CD for the chaincode. With simple configuration steps, users enable automatic tracking of chaincode changes in the GitHub repository, and automatic deployment of new versions of the code to the blockchain network. This is a simple CI/CD pipeline based on GitHub webhooks, mainly to demonstrate its capability with blockchain and allow a platform for learning, experiment and early development. However, users can later deploy a more advanced CI/CD pipeline in their environment based on popular solutions, such as Jenkins. It is recommended to perform a more coherent development discipline including continuous integration and testing before deploying code in production. 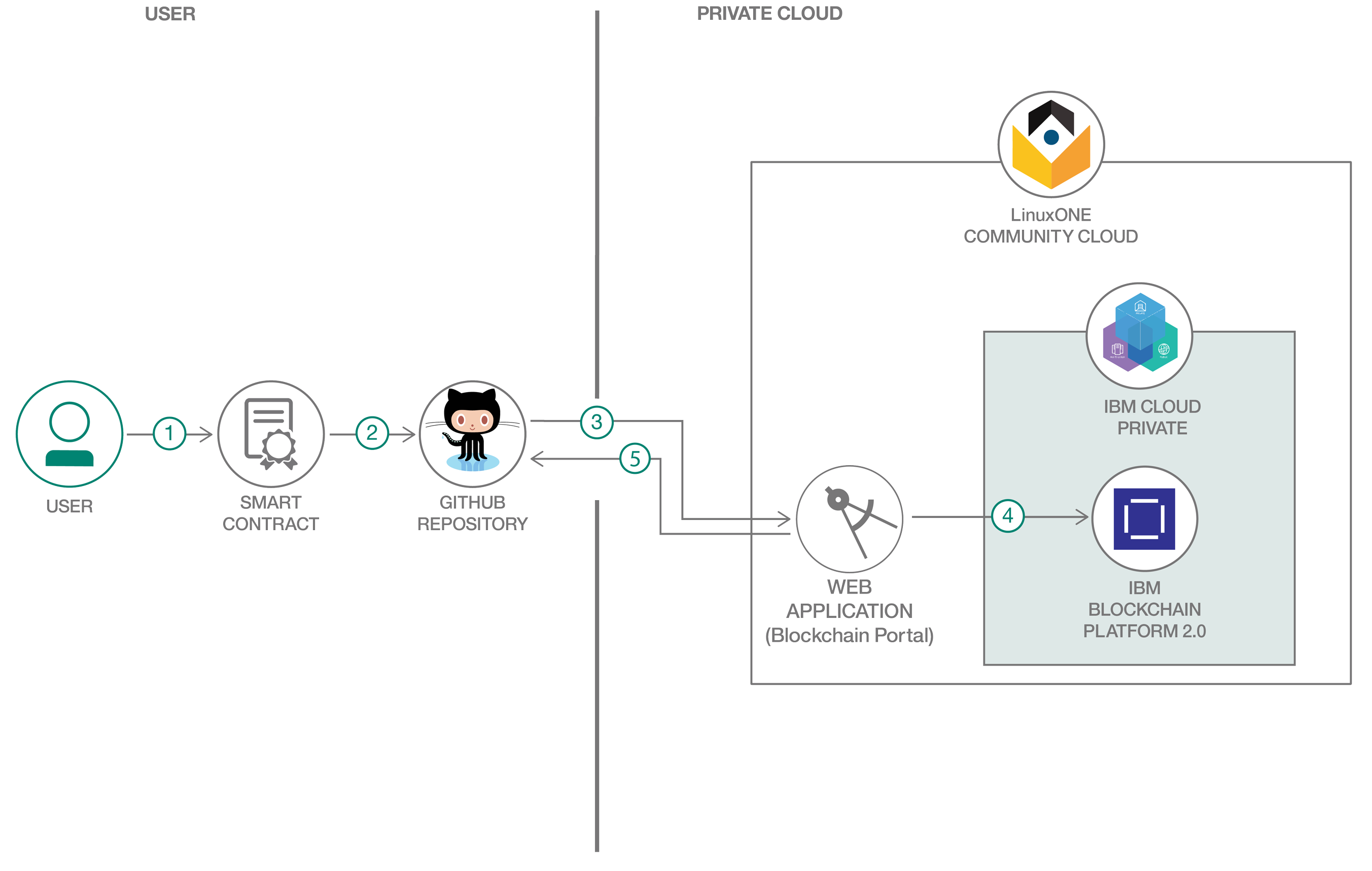 Find the detailed instructions in the README. The steps show you how to:

Archived | Deploy a financial microservice on LinuxONE with a private cloud