People who aware of their health and fitness often use mobile applications to track their data. Some of those apps reward them for reaching certain goals or tasks. With more people becoming more conscious about what data they give to the application developers, we use Hyperledger Fabric (a blockchain framework implementation) to provide anonymity and security on people’s data and transactions. The Android app tracks the users’ steps and rewards them with “Kubecoins” which they can exchange for swag.

Modern development requires scalability, resiliency, and good management, and that’s why we chose to use Kubernetes for our Android app’s backend. We chose to use Hyperledger Fabric to enable the app with blockchain capabilities. We used MongoDB for our data storage and RabbitMQ and Redis to optimize blockchain requests.

This code pattern is for developers who want to provide data anonymity and security to their users. Their users will be more confident to use their app if it gives them more control over their privacy. The developers can also extend the pattern to use the backend from different platforms.

The Android application was used in KubeCon Europe 2018. 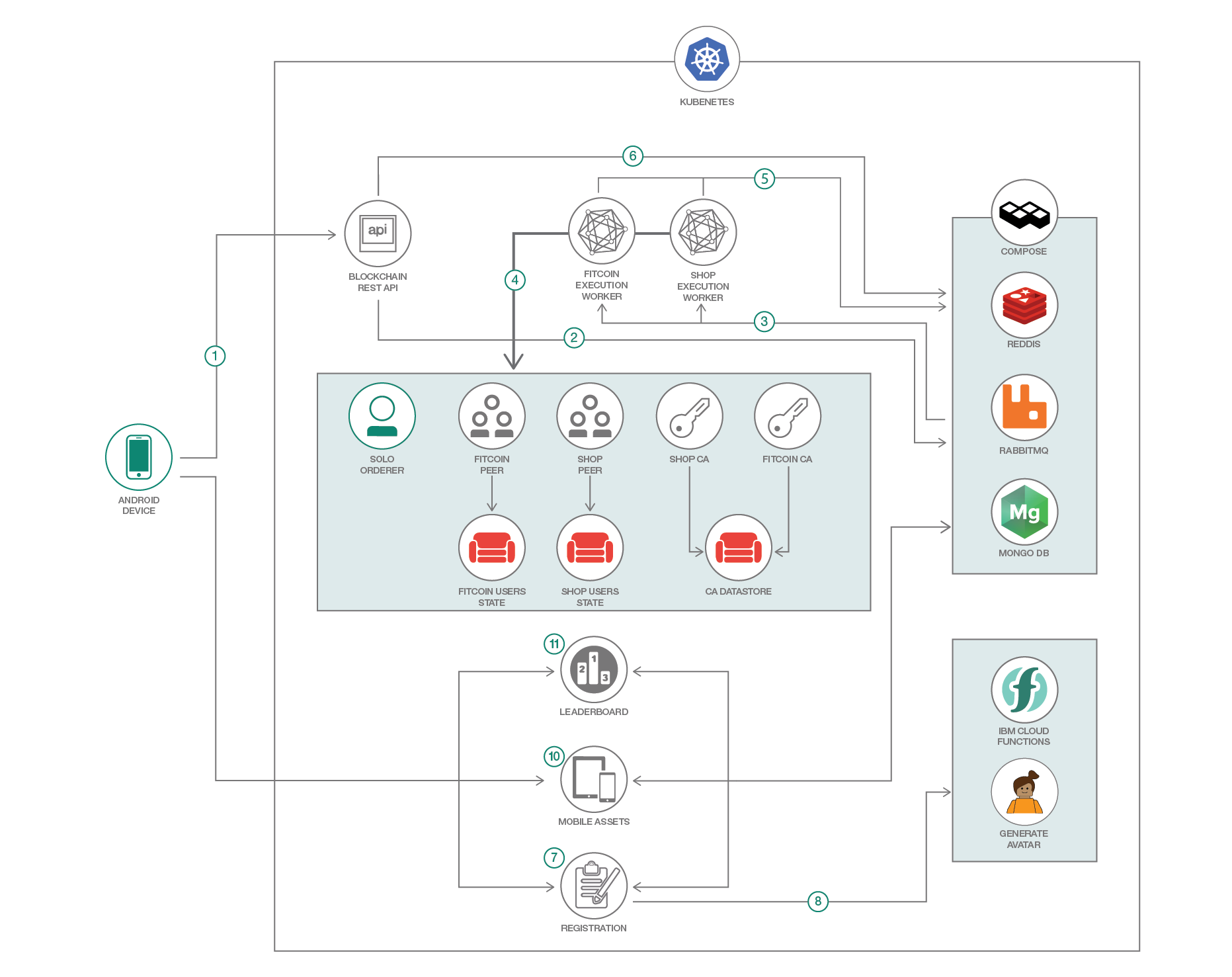 Find the detailed steps for this pattern in the README. The steps show you how to: