Find out how your enterprise can benefit from this private, secure, and resilient hybrid multicloud environment

So you’ve never heard of IBM Z? Or maybe you’ve heard of it but want to know more? Either way, you’ve come to the right place! This introductory Q&A will help you get your bearings and get you started on your journey to understanding IBM Z and how it can help your enterprise build and maintain applications in a private, secure, and resilient hybrid multicloud environment. 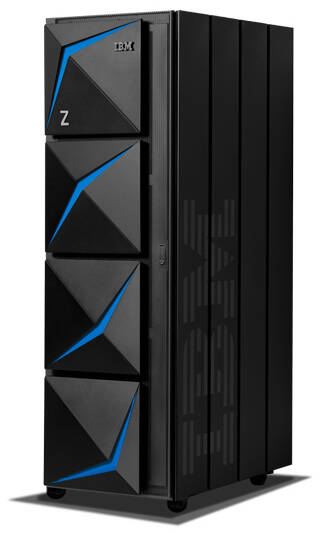 IBM Z is a family name that’s used by IBM for all of its z/Architecture mainframe computers, beginning with the z900 released in 2000 to today’s IBM z15 released in September 2019. (The “Z” stands for “zero downtime,” which reflects the reliability of the system.) IBM Z uses the IBM S/390 chip architecture. Data that’s handled by IBM Z is encrypted by dedicated encryption processors over the complete ecosystem, and encryption keys are handled with the most secure hardware security module (HSM) in the industry — which means it is highly secured.

How is the IBM Z architecture different from that of other servers?

IBM Z has its own architecture which is designed to work with huge caches, and it has instruction sets to handle enterprise workloads by using IBM’s own S/390x chip architecture. The S/390x architecture is supported by several popular Linux operating systems including SUSE, Red Hat, and Ubuntu, as well as a large number of open source applications.

What are the various OS options for Z?

IBM Z runs operating systems including z/OS, z/VM, z/VSE, z/TPF, and Linux. In fact, it is common for multiple operating systems to run on a single mainframe. LinuxONE is an IBM Z system that’s specifically dedicated to running Linux; this combines the benefits of the Linux OS with the capabilities and strengths of the mainframe like outstanding data security, availability, performance, efficiency, and cost savings.

What are some examples of IBM Z in use today?

IBM Z is used by 44 of the top 50 banks and all top 10 insurers worldwide, as well as a large number of government, healthcare, airline, and retail organizations and other companies that require the highest standards for performance, security, reliability, and availability. Visit the IBM Z case studies and customer success stories website for more examples.

Take the next steps

Want to learn more? The following resources can help you build your IBM Z knowledge and skills: