Take a tour of the new IBM z15 system, including details and photos of the machine's key components.

The new IBM z15 was recently released with much fanfare, but what I looked forward to the most was getting a peek inside the new machines. It may not matter what the heatsink or Crypto Express7S looks like, because most of us won’t be interacting with the machine hardware — but as a longtime hardware geek and a sucker for a raised-floor data center tour, I still like getting a look for myself.

Before diving into components, let’s talk about the machine more broadly. The first thing you’ll notice is that they are no longer Machines Of Unusual Size (M.O.U.S.) — the IBM z15 is a 19″ rack! When I revealed this to a friend, he commented “we had a few older models and they looked funny in the middle of a row.” But more important than looking funny, fitting into an industry-standard-size space was important for a lot of organizations. 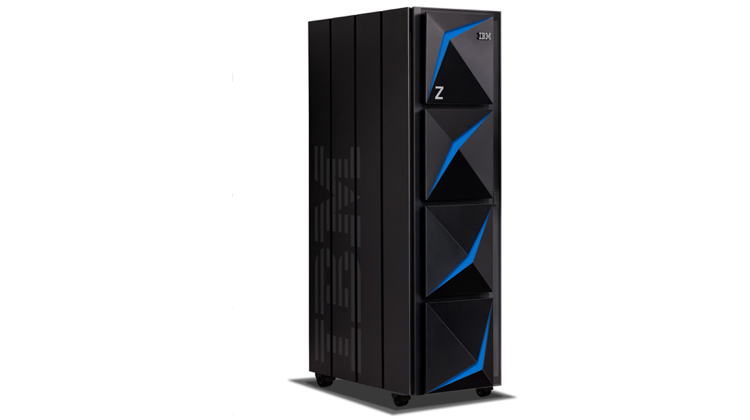 That’s not all. You also have the option of extending this out to two, three, or four frames, depending on the computing power you’re looking for. 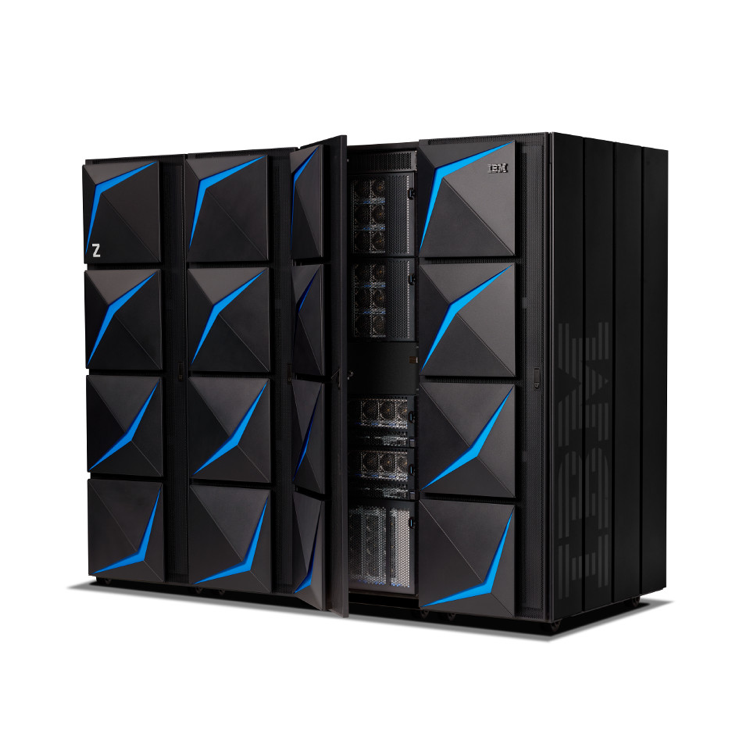 Speaking of which, a fully-loaded four-frame setup can house up to 190 processors, 40TB of RAM, and 60 PCIe control units across 12 PCIe I/O drawers. Additional specs include up to 22 dedicated I/O offload processors (SAPs) pre-allocated per system. When it’s time to put workloads on your system, you can have up to 85 LPARs per system.

Now, as you can see from the glimpse of the four-frame model in Figure 2, the bits behind the cover are primarily fans; the only major difference in their appearance is between the air-cooled and water-cooled options, which have slightly different components (see Figures 3 and 4). 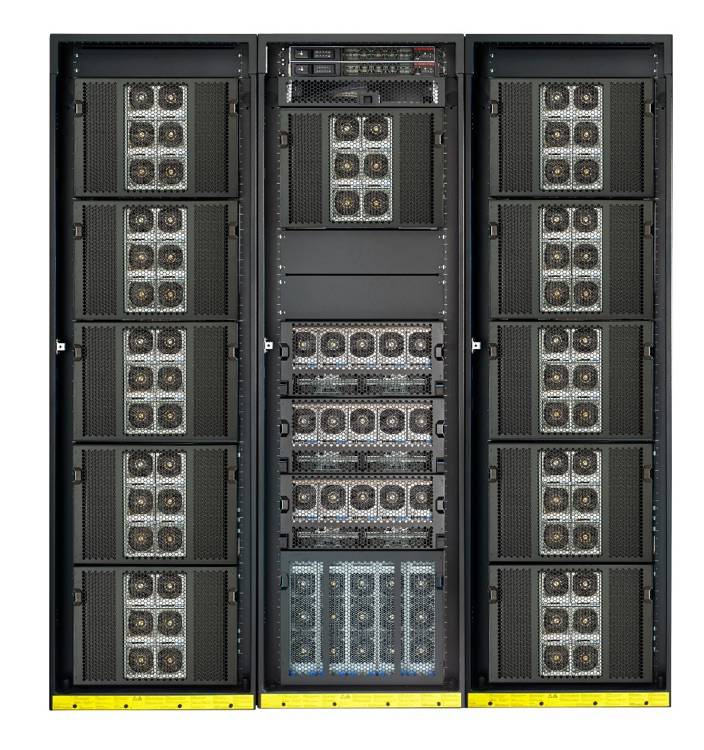 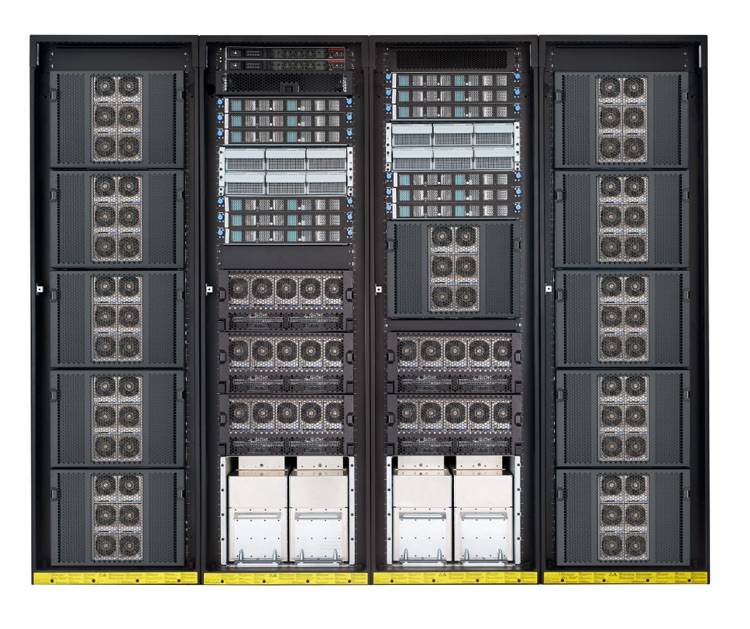 The rear of these machines is where things really get interesting. Client Technical Sales Specialist Kenneth J. Stine shared with me labeled diagrams of the exact placement of each component inside these machines: 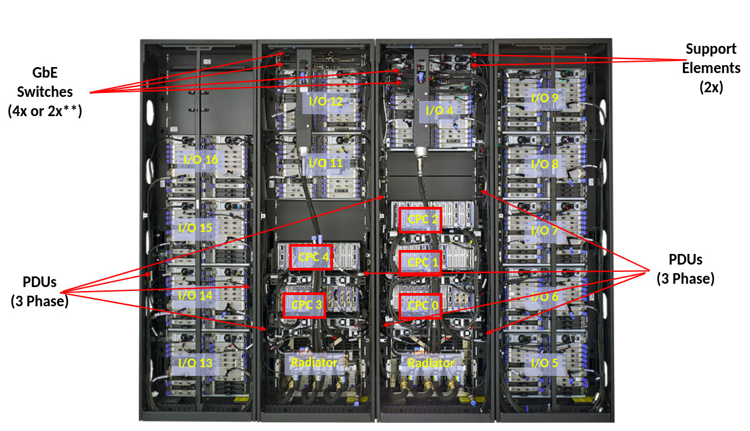 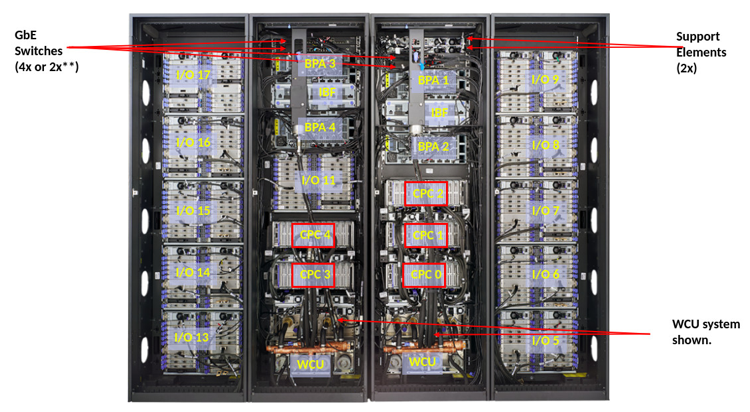 This gives you a nice high-level view of the machines, but it can be somewhat difficult to see the components themselves.

First up, we have the Single Chip Module with 12 cores. According to the IBM z15 Technical Introduction, these chips have a whopping 9.2 billion transistors on a 14 nm chip surface! A coprocessor on the chip module is responsible for compression and encryption. Moving these frequently used functions on a chip level, and the addition of hardware instructions (built into the milicode), allowed us to achieve significant performance improvement for compressing and encrypting the data.

Figure 7. Processor with dime for scale 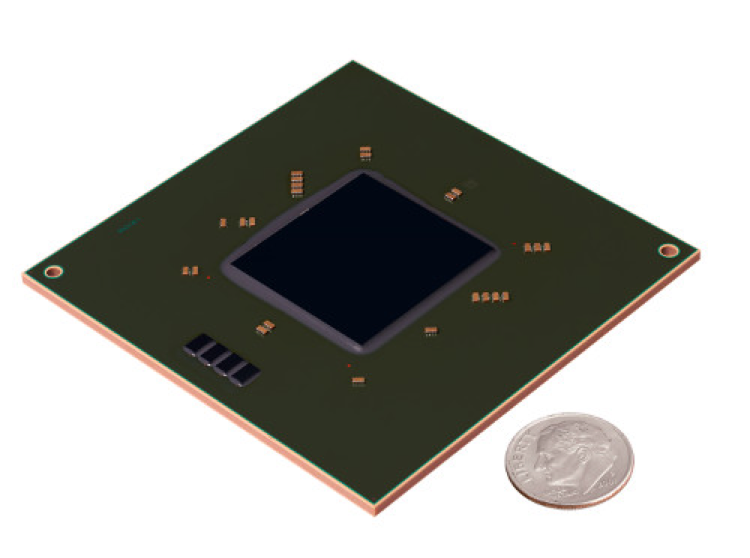 The processors reside in up to 5 CPC (Central Processor Complex) drawers, which would look like Figure 8 if you were to take one out and pull the cover off. Here you can see the drawer with up to four Single Chip Modules, memory, and slots for PCIe I/O drawers (for using various I/O devices):

Figure 8. CPC with no cover 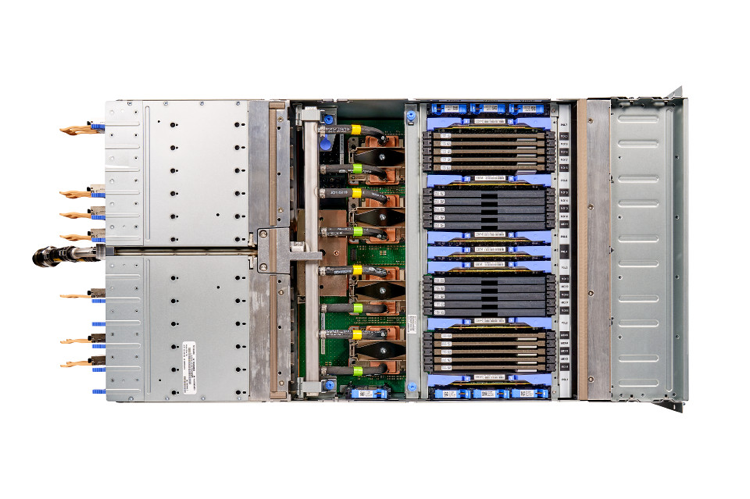 Another component that looks much more interesting sans-cover is the new Crypto Express7S, the cryptographic accelerator card. CryptoExpress7S is the latest generation of Hardware Security Module (HSM) which lets you store your most sensitive data (such as your private keys). Each card can have up to 85 domains.

Figure 9. Crypto Express7S with no cover

Beyond this, you have other goodies like the FICON Express, zHyperLink, RoCe card, and more. But for our final glimpse inside, I leave you with a beautiful picture of the massive heatsink: 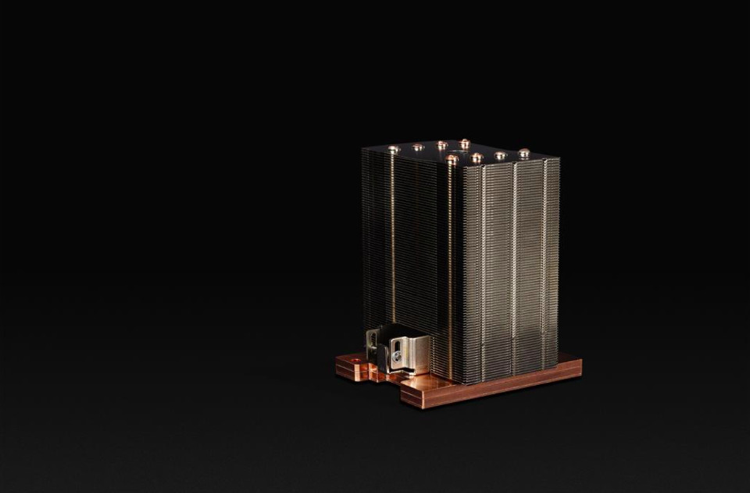 This is the first mainframe release I’ve been part of. The 19″ form factor in a machine is enough to make me excited to participate as I work to introduce x86 systems administrators like myself to the mainframe, as the previous space requirement was often a big blocker. Coupled with the hardware improvements and flexibility of a one-to-four frame system, this really is quite a notable release.

If you want to learn more about the technical details of the new IBM z15, the Redbooks IBM z15 page has links to several great resources, including the IBM z15 Technical Introduction and the much more in-depth IBM z15 Technical Guide.