This code pattern is for developers looking to build quick and efficient front ends with a live view of their IoT device data using an API caching server with IBM Carbon Design System. Learn how to build an API caching Node.js server that uses Loopback.io connected with IBM Cloudant database.

This developer code pattern demonstrates an API caching server that can reside between your Carbon Design System front end and external APIs, and can help with building quick and efficient interfaces. The pattern showcases a Node.js server built with Loopback that the application front end communicates with, and which interacts with an IBM Cloudant® database that holds the information about the external APIs your application must communicate with to load its UI components.

After you’ve completed this code pattern, you’ll understand how to: 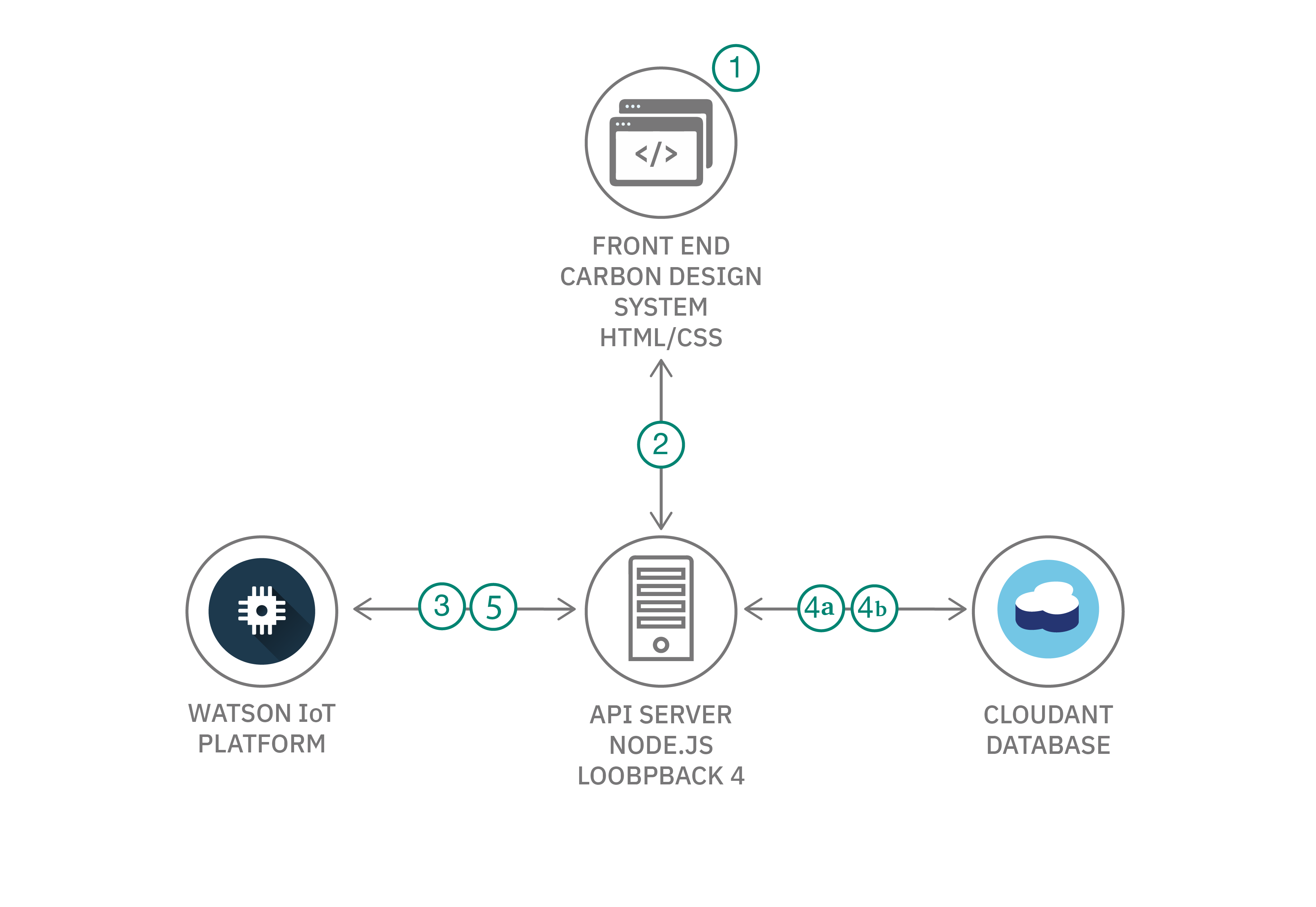 Ready to get started? Find detailed technical steps for this code pattern in the README in the GitHub repository.