Turn your smartphone into an IoT device

Create a Node-RED app to process, visualize, and store sensor data that is sent to and from your smartphone

The number of connected devices continues to increase day-by-day. With the availability of low-cost hardware like sensors, microcontrollers, and single board computers, we’ve seen a large increase in the smart devices being deployed around us. Whether it is a dishwasher or a car, we can find sensors everywhere, and these IoT devices are getting smarter because of cloud service providers like IBM.

This tutorial is a step-by-step guide that helps you create a simple IoT system that can make use of readily available components like cloud services and a smartphone. We will be using an Android smartphone and its accelerometer sensor which will be acting as a sensor node. We will get and send that sensor data over the MQTT communication protocol to a Node-RED dashboard for analysis and visualization.

What you’ll need to build your apps

To make a working prototype, you will need:

Architecture of our IoT system

Learn more about why MQTT is one of the best network protocols for IoT in this article. Get started with Node-RED with this learning path.

The following figure shows an architectural overview of the IoT system where all the devices can communicate with each other by passing through the MQTT Broker. The job of MQTT broker is to ensure that the messages are delivered to the correct clients, while clients can send messages in a one-to-many fashion as well. We use Node-RED, an open-source visual programming tool, to build a dashboard to visualize the real-time accelerometer data sent from the smartphone.

In this tutorial, we set up an Ubuntu server on a cloud service, and install Mosquitto (an open source MQTT broker) and Node-RED (an open source low-programming tool) on it. Then, an Android smartphone acts as a sensor node (an IoT device) sending its sensor data to a Node-RED dashboard via MQTT.

Step 1. Installing an MQTT broker on a virtual server

In this tutorial, we will install the mosquitto MQTT broker on a virtual server, either in IBM Cloud or AWS EC2.

Setting up a baremetal server in IBM Cloud

We can get an Ubuntu server with IBM Cloud.

Setting up an Ubuntu server in AWS

We can also get the Ubuntu server with AWS. The VPS are called EC2 instances in AWS.

Installing mosquitto on our Ubuntu server

On either Ubuntu-based VPS, open the terminal, and execute the following commands to install the mosquitto MQTT broker.

Then, press CTRL+O and CTRL+X to save and exit the file.

Next, start our mosquitto MQTT broker.

Now you have an MQTT broker running on the port 1883 with the address, which is the public IP address of your Ubuntu server.

You can install and run Node-RED on IBM Cloud or AWS EC2.

To install Node-RED on AWS EC2, you can just follow the “Setup Node-RED” steps in the Node-RED docs for getting started on AWS because we have already created our AWS EC2 instance.

First, we need to add some nodes to the Node-RED palette. Open Node-RED with your App URL link, and open Menu > Manage Palette > Install. Then, search for node-red-dashboard, and click Install to install it. 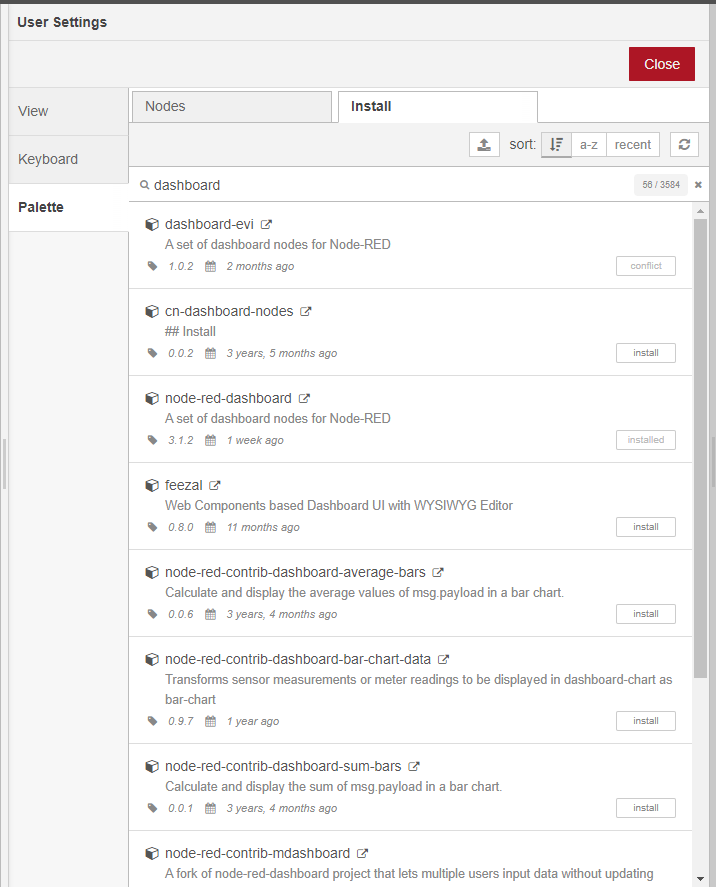 You can import this flow into your Node-RED app to create the Node-RED dashboard.

The overall Node-RED flow will look something like this:

Now, you need to configure the MQTT node to use your mosquitto broker. Double-click the purple-colored MQTT node (named data/val/accelerometer in my flow), and specify the public IP address of your Ubuntu server (that you created in Step 1) in the Server field while keeping all other settings as default. 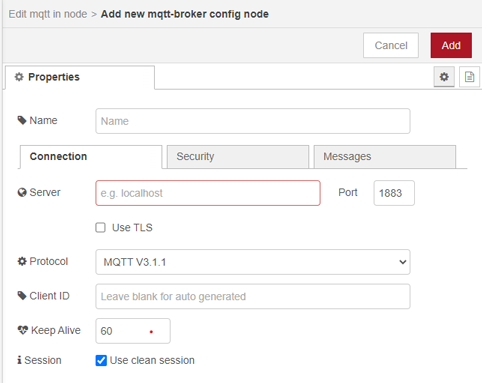 Once it is deployed, open the Node-RED dashboard by going to this URL http://AppURL/ui and replacing AppURL with your Node-RED app URL.

After configuring Node-RED, if you open the Dashboard you will see an empty chart. The chart is empty because we haven’t yet configured our smartphone-based sensor node and the sensor node hasn’t started sending any data yet.

This project uses an Android smartphone to send sensor data to the Node-RED dashboard for visualization.

In this tutorial, you learned how easy it is to set up an IoT system using just a smartphone. You also learned how to process and visualize IoT sensor data in a dashboard.

Learn more about getting started with IoT development in this learning path.

This sample and tutorial were originally developed and written by Daniel Beguelin.

Getting to know MQTT