Quickly and easily run your Python code at scale

Run your Python code at 1000x scale within 10 minutes

This tutorial gets you up and running with PyWren so that you can quickly and easily scale your parallel workloads. Your code is run in parallel, as individual functions on a serverless platform.

PyWren is an open source project that enables Python developers to massively scale the execution of Python code and then monitor and combine the results of those executions. One of PyWren’s goals is to simplify this push to cloud experience, bringing the compute power of serverless computing to everyone.

In this tutorial, you use PyWren to count the occurrences of words in a set of text documents in an object store. You set up a Cloud Object Storage Instance and add the .txt documents. Next, you set up PyWren and run some python code to count the words. This use case is simple, but you can see the benefits from scaling out the count action across a set of functions that are running in parallel.

You can use these word counts to find patterns or entities across a large set of documents or to help expand the variation of vocabulary in a set of essays. 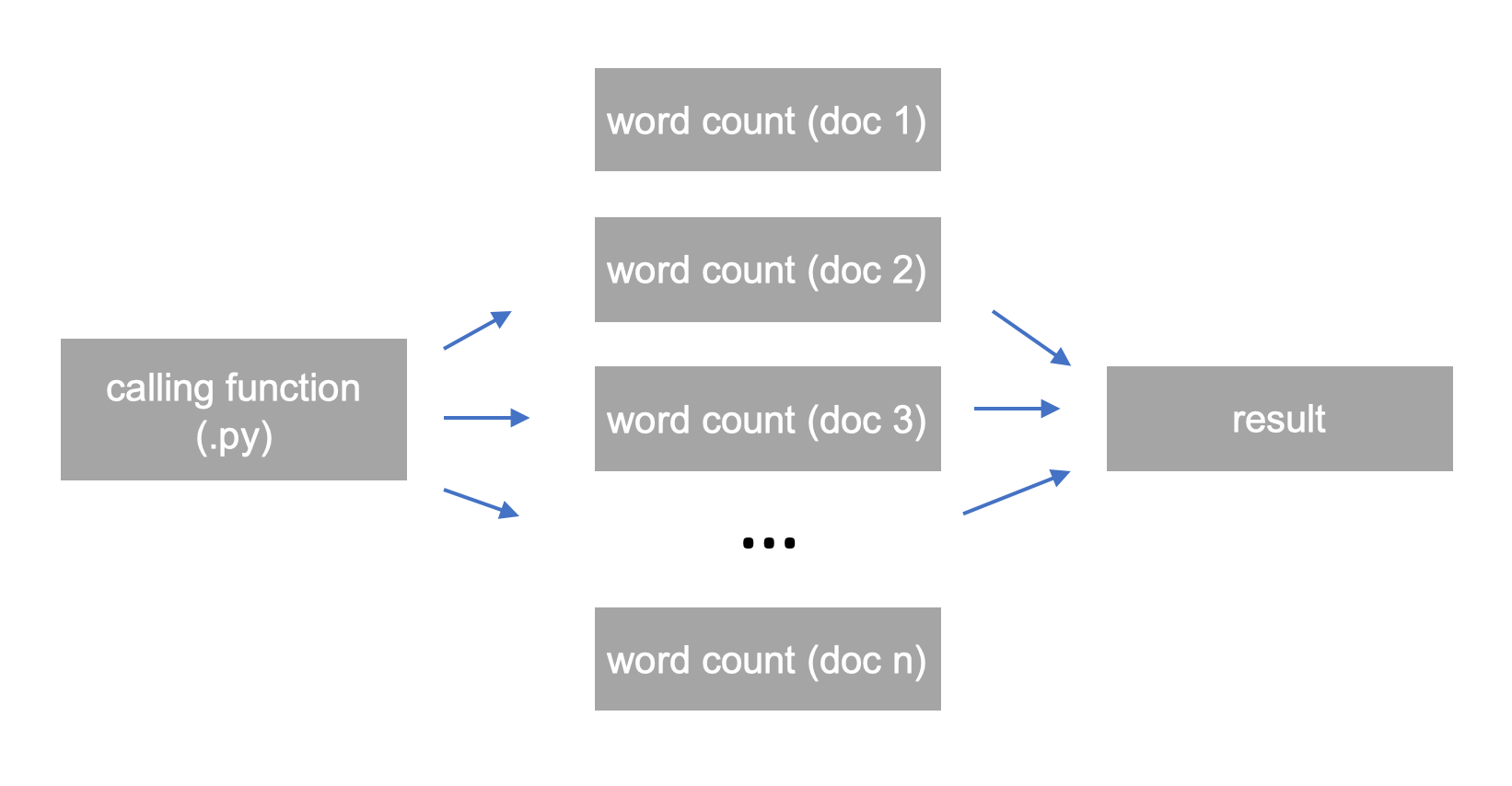 To complete this tutorial, you need the following tools:

First, you create text files and an instance of IBM Cloud Object Storage to hold those files. Then, you set up PyWren and create Python code for running a word count at scale.

Create two .txt files that contain text with words that need to be counted for this tutorial.

To deploy the runtime, navigate into the runtime folder and then run the deploy_runtime script:

This script automatically creates a Python 3.6 action named pywren_3.6, which is based on the python:3.6 docker image. This action is used to run the Cloud Functions with PyWren.

Create Python code for running a word count at scale

In this tutorial, you set up PyWren and used it to scale out functions to count the occurences of words in a set of text documents stored in a Cloud Object Storage instance. While this is a simple use case example, you can use it as a basis for your next project. We’re excited to see how you use PyWren to build on IBM Cloud Functions.