Blockchain is an emerging technology that brings trust and transparency to an industry where transactional processes are important. In digital transformation business, Internet of Things (IoT) is another trending technology that refers to the billions of physical devices around the world that are now connected to the Internet, collecting and sharing data. This developer code pattern shows you how to use Hyperledger Fabric, an open source blockchain framework, and the Watson™ IoT platform with Node-RED to manipulate the collection of data on a distributed network immutably.

While developing this code pattern, the goal has been to design a proof of concept for both blockchain and IoT. Instead of developing an application with complete capabilities, this solution is much more understandable and instructive. This code pattern can be extended and modified according to new business models by adding new organizations to the distributed network and developing new smart contracts depending on the logic. In this pattern, you will build a Hyperledger Fabric network where you will store IoT sensor data (such as temperature), and a UI where you can see the sensor data history. 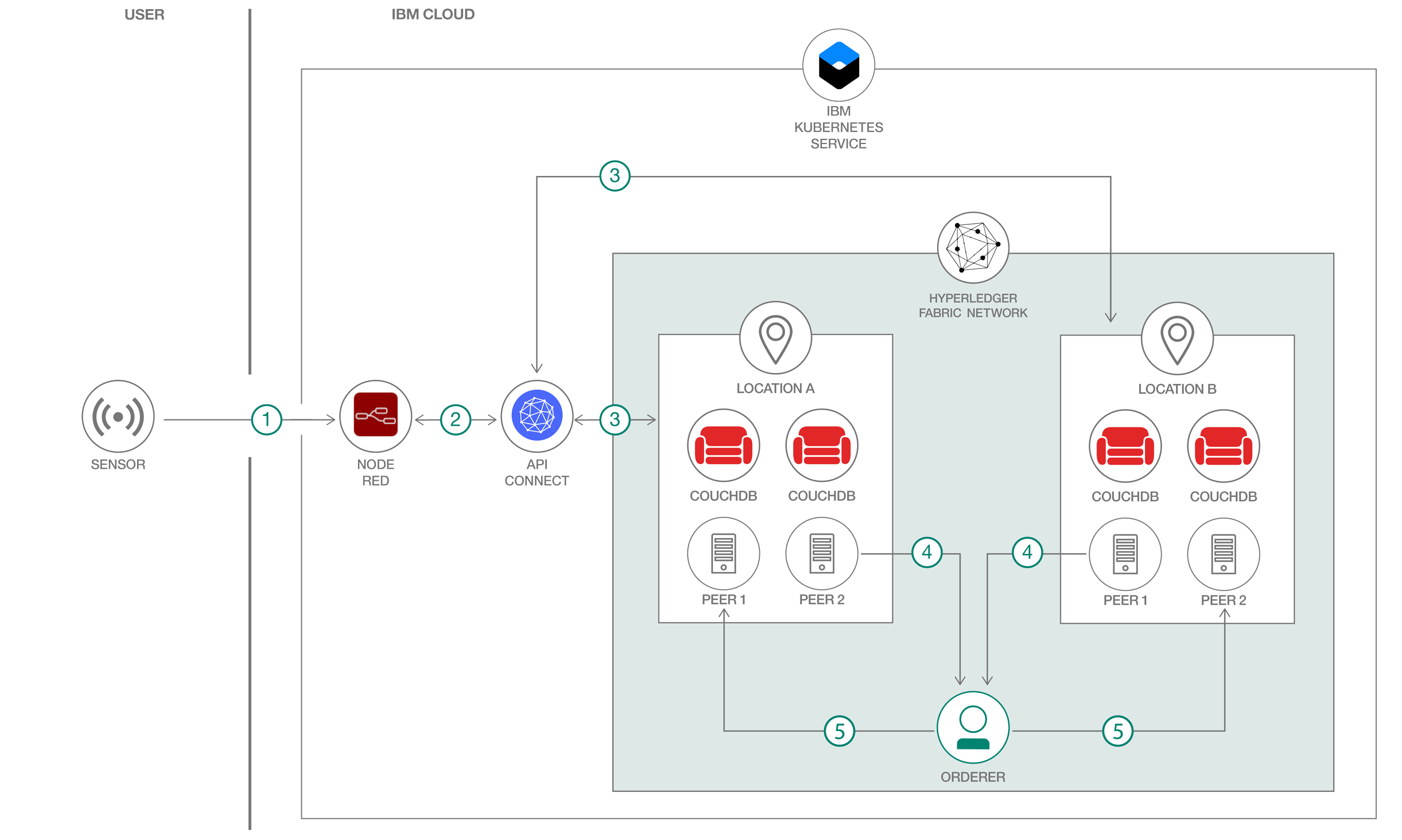 Ready to get started? Check out the README for detailed instructions on how to: