Ansible is a simple yet powerful automation tool, which makes it a very popular open source option. Using Ansible on z/OS, you can extend all the goodies of Ansible to the z/OS platform, including platform-agnostic integrated DevOps.

This code pattern shows you how to use Ansible on z/OS to complete common actions needed to do a simple deploy of a sample CICS-COBOL application.

IBM Z is the home to mission-critical applications and offers a range of services including security, availability, reliability, and scalability. DevOps technologies can be used with IBM Z including continuous integration (CI), continuous deployment (CD), and automated testing. As with any platform, you can integrate enterprise tools like Git, Jenkins, SonarQube, and Artifactory to create a DevOps pipeline for applications that run on z/OS.

Open-source-based Ansible automation is one of the tools in the DevOps toolchain that can simplify a variety of things including application deployments, middleware provisioning, orchestration, and much more. All of this can be accomplished using Ansible playbooks, a simple and easy-to-read script written in YAML that can be version controlled. Ansible employs an agentless architecture that typically consists of an x86 Linux-based control node with a number of managed nodes that span a variety of platforms like Linux/Unix/Windows (LUW) and IBM Z. Ansible runs playbooks on the control node to automate and bring managed nodes to a desired state. With the introduction of Red Hat Certified Ansible Content for IBM Z, you can accelerate your adoption of Ansible for IBM Z to incorporate additional efficiencies into your mainframe DevOps pipelines.

For ease of discussion, consider a simple CICS-COBOL-Db2 application. Typical steps to deploy such a mainframe application include:

We will perform these actions on z/OS using Ansible.

Note: This code pattern does not cover the following, which needs to be addressed in real environment deployments: 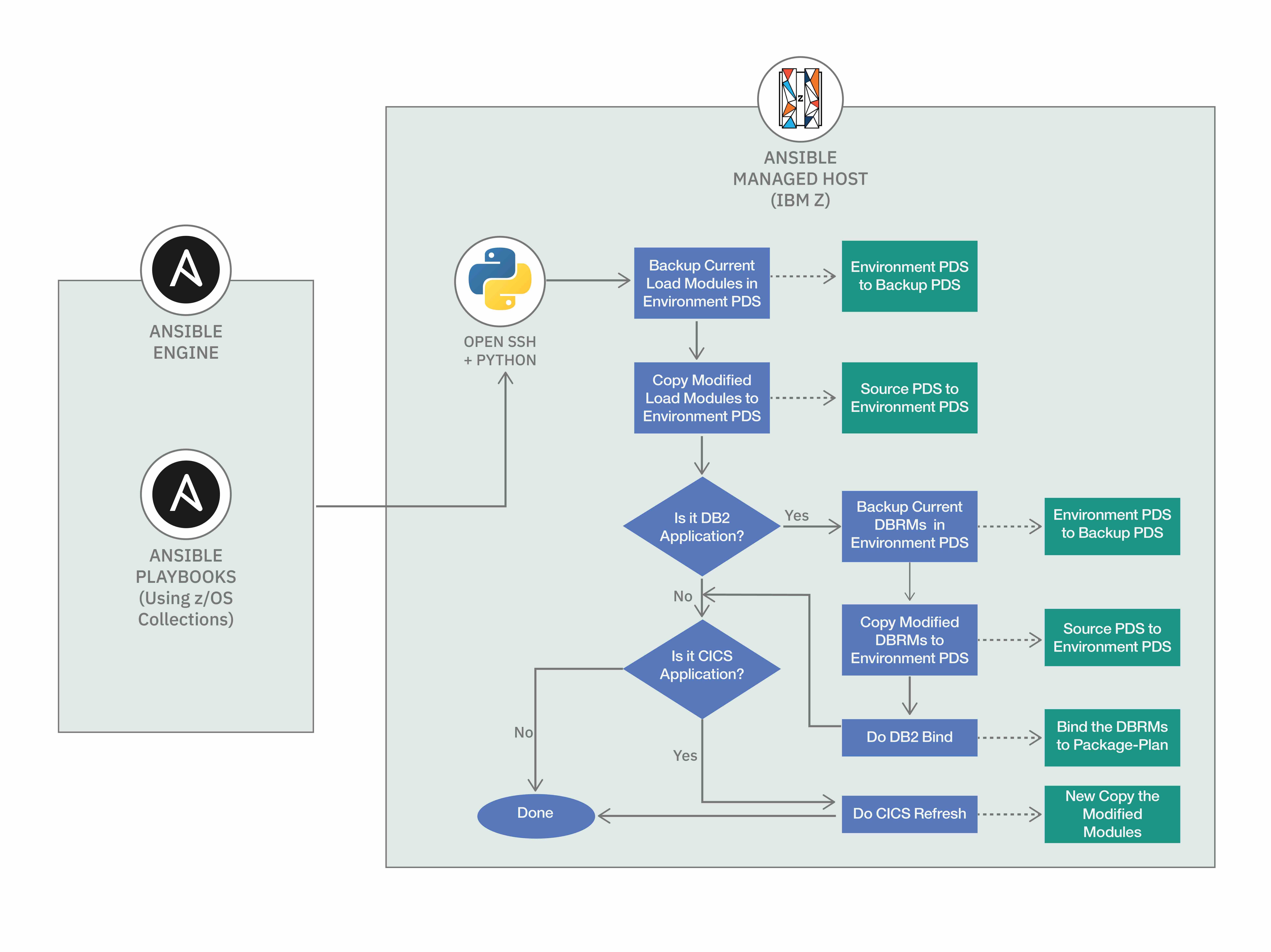 The Ansible playbook flow is as follows:

Find the detailed steps for this pattern in the README file. The steps will show you how to:

Master the Mainframe: Announcing our 2019 winners