Offloading TLS to a load balancer like NGINX allows for a single, centralized point of control and management

Transport Layer Security (TLS) encrypts communications between the client and the server to protect against potential hackers and man-in-the-middle attacks. TLS offloading is the process of using a Hardware Security Module (HSM) to perform the TLS encryption and decryption instead of the web server, this significantly reduces the risk of key compromise because the TLS encryption keys are located in the FIPS 140-2 Level 4 validated HSM. TLS is sometimes incorrectly referred to as SSL, which is a deprecated protocol that performed the same function as TLS.

TLS offloading relieves a web server of the processing burden of encrypting and decrypting traffic. Offloading TLS to a separate server helps with the following tasks:

This tutorial explains how to use a Docker container (nginx-tls-offload) to perform TLS offloading on an NGINX web server using private keys protected by IBM Cloud Hyper Protect Crypto Service. 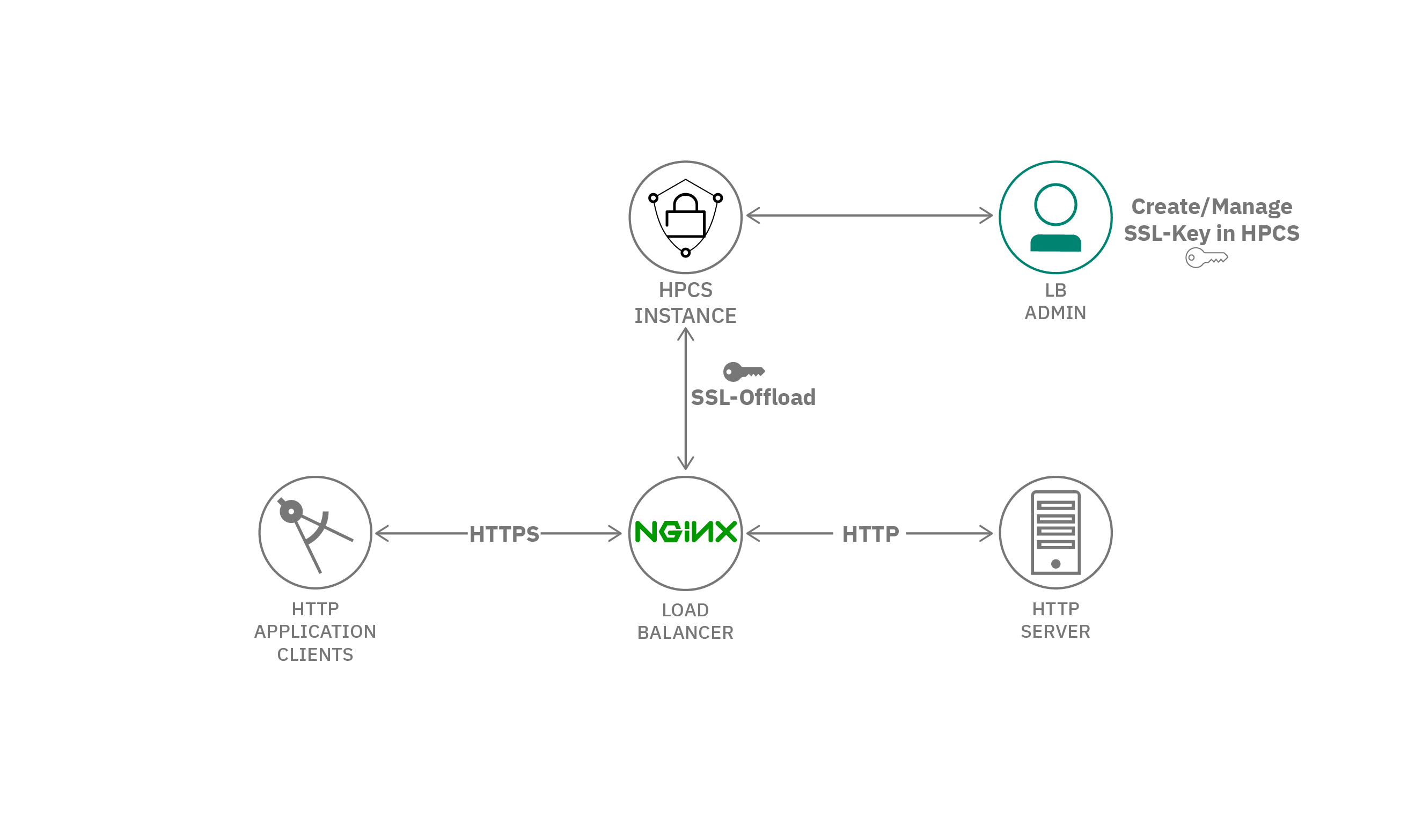 If all of the prerequisites are in place, it should take you no more than 60 minutes to complete this tutorial.

Here are the steps for completing this tutorial:

If anything goes wrong, do the following:

Offloading TLS to a load balancer such as NGINX allows for a single, centralized point of control and management. Certificates and private keys only need to be managed in one place rather than on multiple servers. Policies can be applied and managed in one place. This greatly simplifies the administration overhead and also allows for separation of the security role from the application owner role.

You can try the technique described here with other load balancers, web application firewalls, caching servers, etc. You can also create machine learning algorithms that can benefit from inspecting the content that is dropped to create better algorithms that learn-as-you-go to ensure the safety of your web-applications environment.

Create an Nginx reverse proxy across multiple back end servers

Secure a digital wallet in the public cloud