Call for Code 2019 first runner-up: : Sparrow Platform provides disaster info and medical help through any app, with or without internet

Sparrow announced as the Call for Code 2019 first runner-up

Sparrow was announced the Call for Code 2019 first runner-up on Saturday, October 12, 2019 at the Code and Response award ceremony held in New York City.

As the first runner-up team, Sparrow is awarded 25,000 USD and open source project support from The Linux Foundation.

When the team members of Project Sparrow were brainstorming ideas for this year’s Call for Code Global Challenge, they reflected on their personal experiences with tech and stories they have heard around natural disasters. The team comes from a geographically diverse background with members Jay Lohokare, Ajit Rajurker, Sheng Chen, Mihir Mistry, and Ameya Apte hailing from different areas of the US, China, and India. 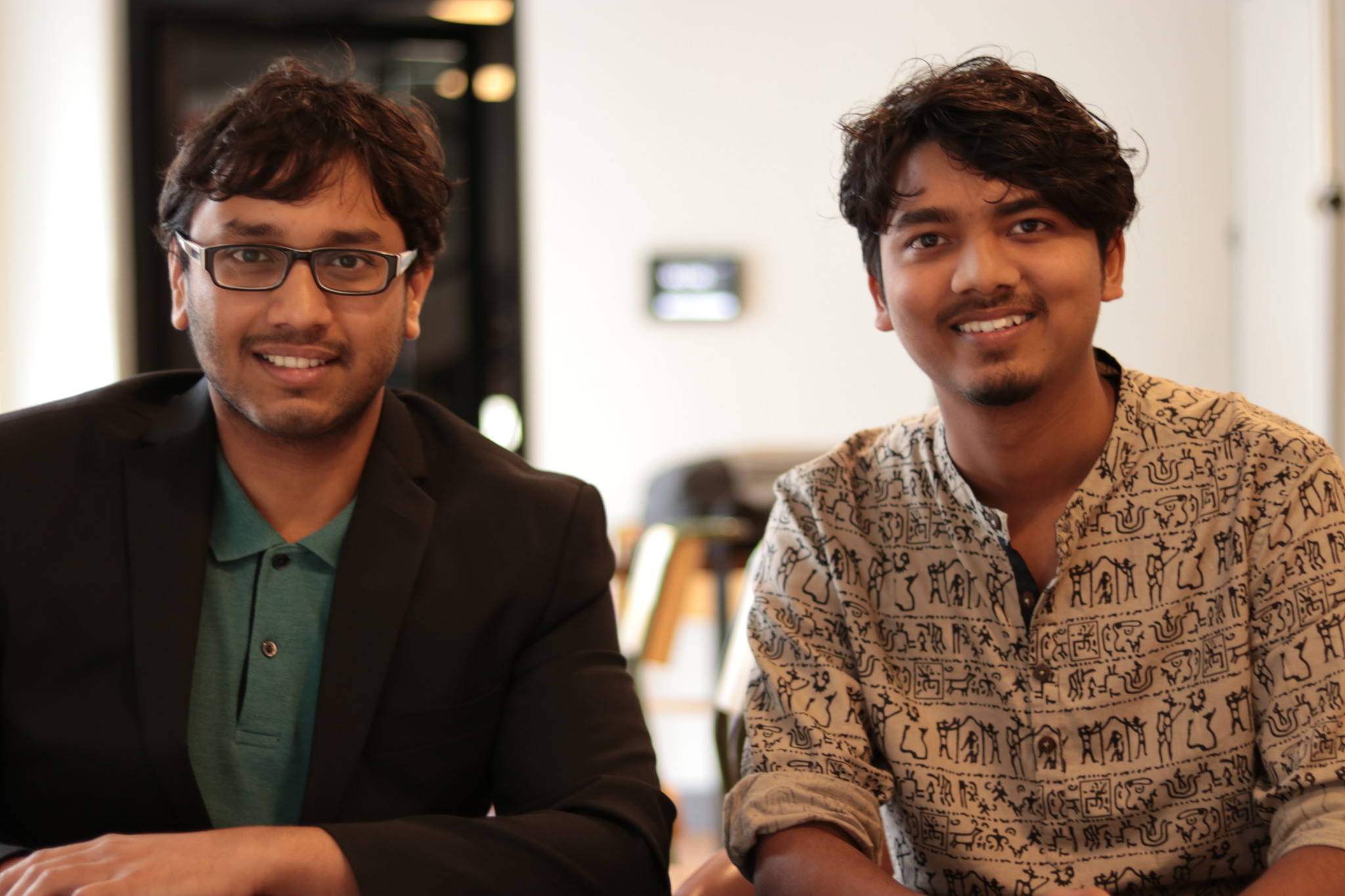 They also began assessing existing disaster-related applications and found a gap they could fill by creating the Sparrow Platform. Their open-source, AI-enabled platform serves as a one-stop enabler of medical and psychological well-being during and after disasters.

“The problem Sparrow seeks to solve is that there are many applications out there which are already doing bits and pieces of work related to disaster recovery,” Rajurker said. “But there is no single platform where people can reach and access all of them. Sparrow is trying to cover those gaps and connect all of them together with the people.”

The Sparrow Platform is a two-part solution. The first part aims to connect people to all other applications out there so they can get information during a disaster. The team describes the second part as the “Uber for medical help,” connecting victims with live experts who can address disaster-related health issues.

For users, Sparrow is an easy-to-use conversational AI interface, accessible from many existing chat apps. Ask questions, and Sparrow ensures you get what you need. Sparrow achieves this by being a user’s single point of connection with all applications, communication platforms, doctors/experts, etc.

“Think of Sparrow as Alexa, but it is something that’s ubiquitously accessible through many platforms, chat applications, many devices, with or without internet,” Lohokare said. “So you could talk to Sparrow, through any apps you have and ask the question, ‘Hey, are there any updates about the hurricane that’s coming to Florida?'”

In disaster situations, there are two scenarios — internet is available or internet is not available. The Sparrow Platform is always accessible, because it is designed to be available offline. Sparrow converts a smartphone into a mobile tower, and other people’s smartphones that are close to it are turned into mobile towers, allowing for communication with the people around you. Eventually the messages in these disconnected areas reach smartphones that are within range of internet and then the messages reach the rest of the world.

Powered by the IBM Cloud and various IBM Services, this solution is composed of a mesh network hardware and uses IBM Cloud to connect all chat applications with Twilio. The goal is to have open communications even when systems and electricity are down in the event of a natural disaster. The team’s research found that the ratio of victims to medical or rescue aid workers was large, which meant that there aren’t enough rescue aid workers to help or answer every victim’s question.

In addition to the open communications during and after a disaster, the Sparrow Platform acts as a liaison between helpers and victims. The Watson Visual Recognition component of the Sparrow Platform recognizes health symptoms in a victim and recommends steps to treat the symptoms, such as medication or next medical steps. Then a medical worker or expert who is present or nearby can directly comment on the steps and recommendations and provide any followup if needed.

“Sparrow will directly connect that user or that victim with a doctor anywhere in the world and the doctor need not be on the same platform, in the same location, know the same language,” Lohokare said. “Sparrow is essentially like a middleman that is acting like a communications agent that helps both the victims and the doctors.” 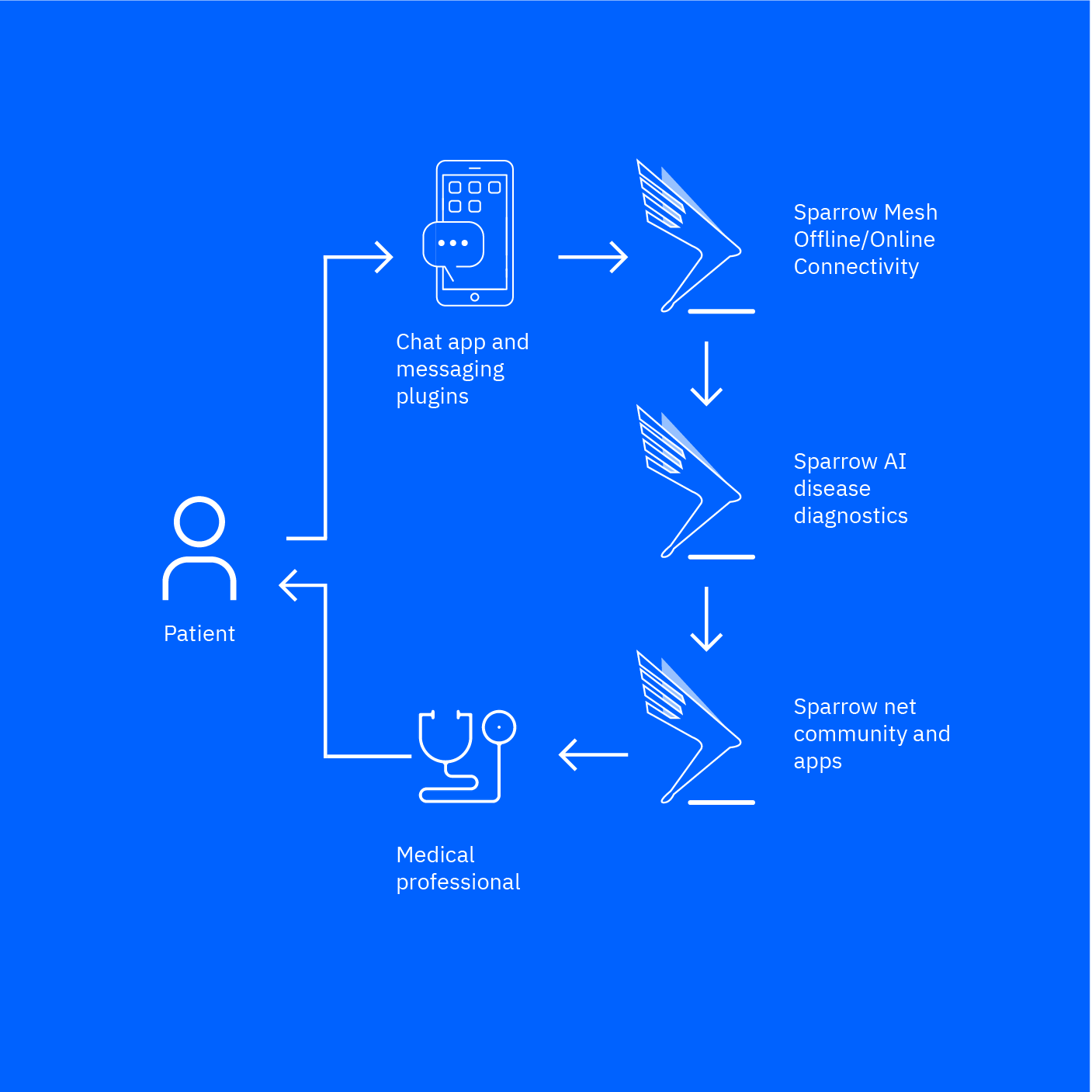 The team implemented the IBM Cloudant database and IBM Cloud Functions into their solution. They based their framework around the AI services Watson Visual Recognition, Tone Analyzer, and Watson Assistant.

What’s next for Project Sparrow

Since submitting its solution, the Project Sparrow team has run the beta test of the Sparrow platform with a very limited set of users. They already have about 50 doctors on board, with about 80-odd users tapping into the platform. The key thing that the team wanted to accomplish with the beta test was to actually solve user needs and determine ways to improve the user experience.

The team is also in the middle of creating an adoption document or quick start guide that allows any doctor anywhere in the world to quickly onboard Sparrow or create a group of doctors within a city to gather and adopt this solution. They are aiming to bring on more doctors across China, India, and the United States to make sure the platform operates effectively. As they scale up and increase the amount of users, the team will continue to rely on IBM Cloud and incorporate a road platform to reach organizations, such as the United Nations and American Red Cross.

A top-five finalist in the Call for Code 2019 Global Challenge, AsTeR aims to address overwhelmed call centers with a prioritization system versus the first-call, first-served situation.

A top-five finalist in the Call for Code 2019 Global Challenge, Prometeo helps firefighters who risk their lives to put out fires, which are now on the rise and more common than ever before. Their solution aims to decrease the health risks associated with fighting fires.

A top-five finalist in the Call for Code 2019 Global Challenge, Healios aims to bring therapy and guidance in an easy, accessible, and affordable way to anyone who experiences a traumatic event, but doesn't have the current means or ways to get the help they most certainly need.