Why and when to use Kubernetes Operators

It is one thing to understand the reason for Kubernetes Operators and how they work, but the next step is to deploy an operator yourself. This tutorial shows you how to deploy our Credential Rotator Operator to Red Hat OpenShift. After completing this tutorial, you will understand the basic concepts and steps to deploy a Golang-based operator that manages credentials for a back-end application service.

Note: This tutorial can apply to other Kubernetes clusters and public clouds as well. However, the commands may differ slightly.

You need the following tools:

Note: The steps of this tutorial are written for a Red Hat OpenShift on IBM Cloud cluster. The steps may differ for an OpenShift cluster running on another platform. 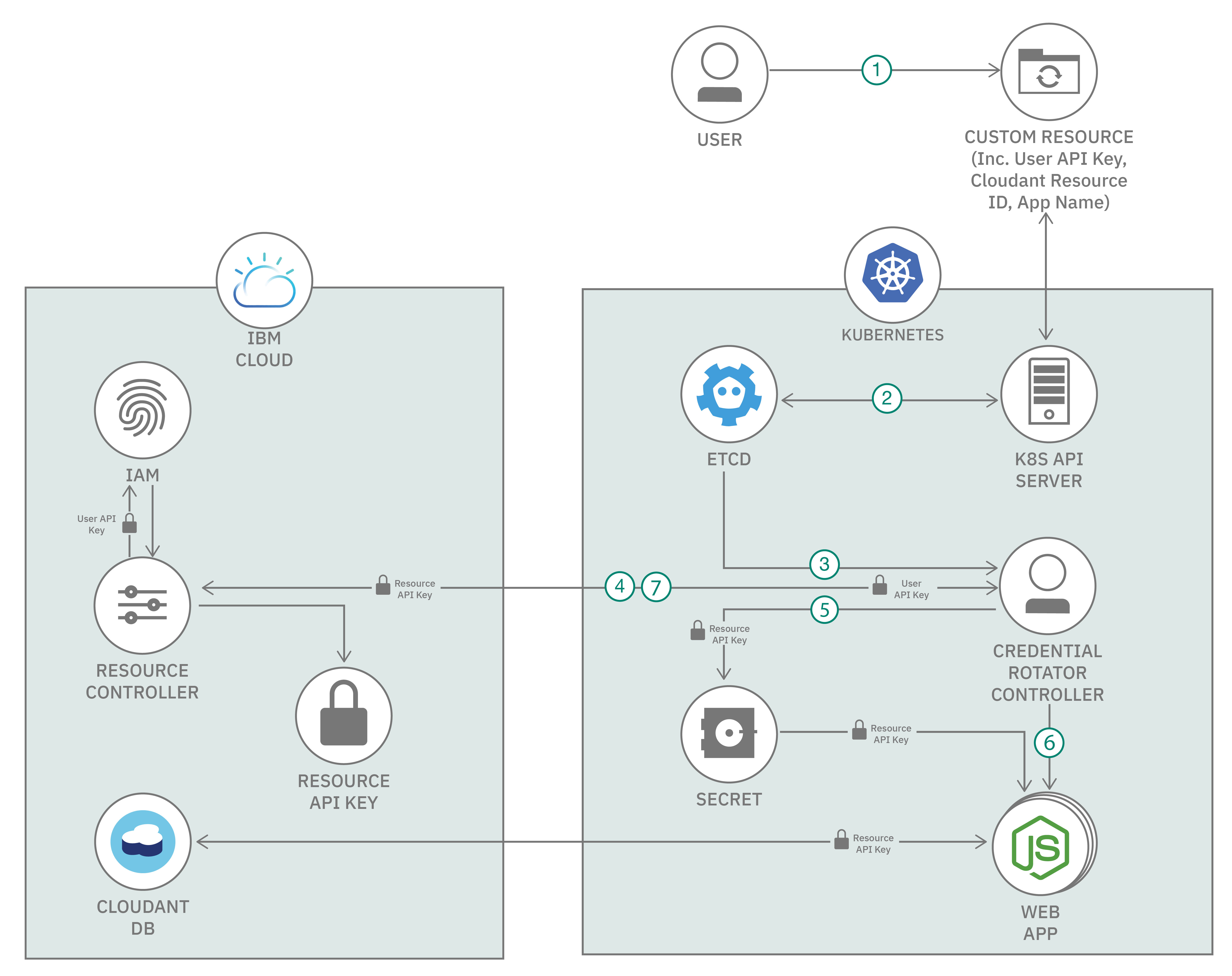 The application used in this tutorial to demonstrate the Credential Rotator Operator is a sample Node.js application. With this simple web application, you can add names that are stored in a back-end Cloudant database. The web application is deployed to an OpenShift cluster and the Cloudant database runs as an IBM Cloud service. The web app connects to the database by using service credentials from the Cloudant service. These credentials are stored in a Secret on the cluster where the app is deployed so that it can access them.

If you plan to deploy to an OpenShift cluster, log in to your cluster now.

Now you are ready to compile, build the image of the operator, and push that image to an image repository. You can use the image registry of your choice, but this tutorial uses Docker Hub.

In Step 1, you logged in to the OpenShift cluster. You must be logged in for the following steps.

Create a new project by using the following command:

After you create a new project, you will be automatically switched to that project, as the following sample output demonstrates:

a. Compile the operator

To compile the code, run the following command in the terminal from your project root:

b. Set the operator namespace

Now you must update your config file to tell the operator to run in your own project namespace. Do this by issuing the following Kustomize commands:

c. Build and push your image

Note: You must have an account to a image registry, such as Docker Hub, to be able to push your operator image.

4. Deploy the operator to your OpenShift cluster

Now it’s time to see if the operator can rotate the database credentials and restart the web app instances. This means creating a CR instance.

Now that you learned how to write an operator that rotates credentials, as well as how to deploy it, let’s finish the learning path with a summary and comparison against other methods of carrying out the same functionality.