Meet the Mother of Drones: An interview with Karen Risa Robbins

With the rise in popularity of drones both commercially and privately, I sat down recently with the Mother of Drones, Karen Risa Robbins, to talk about her drone career and hear about another woman who worked with drones in its infancy.

People are surprised to learn that after flying one drone as a test, the Department of Defense concluded in the early ‘90s that its branch did not need robotic aircraft. The DOD transferred three drones to NASA that were still under construction; they were essentially discarded property. NASA lacked previous experience with drones but took the unfinished aircraft with the idea that they might be useful for performing ozone hole detection in the Earth’s upper atmosphere – if the drones could ever become flightworthy.

NASA decided a groupthink was the way to go because neither the government nor any single company was known to have enough understanding about robotic aircraft to accomplish the task. To broker the group drone deal, NASA summoned a young lawyer, Karen Risa Robbins, the cofounder of the AmTech Center for Collaboration. She firmly believed that creativity is nurtured when people team up in the right way, and so she created an organization that focused on guiding the public and private sectors to accomplish in partnership what neither could do alone. Through her organization, Ms. Robbins facilitated a working relationship between different drone companies to further NASA’s goal of maturing drone technology to flight ready, and demonstrating environmental use cases. 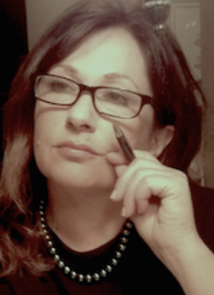 Initially, the drone companies refused to work together. Nevertheless, Ms. Robbins and another Mother of Drones, Jenny Baer-Riedhart, were able to convince the team to move forward together. Under Ms. Baer-Riedhart’s leadership, the solar-powered Pathfinder drone achieved an altitude world-record, followed by the Helios world-record in 2001. The Pathfinder set the stage for today’s Hawk30, a newcomer drone that orbits at 65,000 ft acting as a flying cell tower. Other important successes stacked up as a result of Baer-Riedhart’s technical direction and Robbins’ partnership finesse, such as enabling technology for the Predator drone. 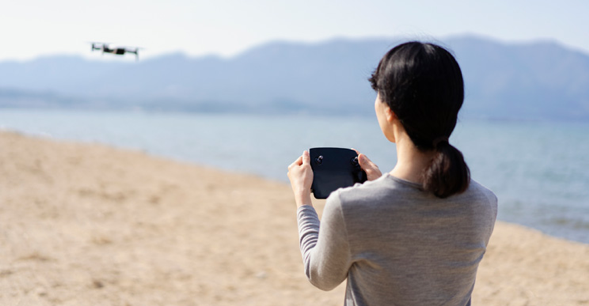 Colleagues of Jenny Baer-Riedhart believe the project was assigned to her, a young female engineer, because drones were not considered consequential and expectations for the project were low. What they did not expect was the success that this Mother of Drones would achieve, not only by launching drones and applications that bring them to the forefront where they are today, but also by empowering women and girls in technology to realize their potential.

Interesting use cases of drones being used in natural disaster scenarios

When I asked Karen Risa Robbins about what she’s seen in terms of drones that have been and could be used in natural disaster scenarios, she provided these situations, where drones can provide the following:

Ms. Robbins suggests that with more data being collected, stored, and shared, it is incumbent upon the industry to create technical solutions to automate data protection and security, especially in regards to the cloud and individuals’ PII. Managing data security by policy alone is no longer enough. As the world continues to become even more data driven, the future is all about data and innovation.

Hearing these insights made me think about how I could combine meeting the Mother of Drones and inspire other underrepresented technologists to combine their passions with life-changing solutions. In my work at IBM, I am heavily involved in Call for Code, a program that’s aimed at preparing for and responding to natural disaster scenarios though technological innovation.
After experiencing our Call for Code hackathons firsthand in Fremont, California I was inspired to help developers, especially women, see what types of possible solutions could be created with drone technologies. By highlighting what is possible with drones and its interesting backstory, I hope that we will see ideas from participants incorporating drones, while also keeping data safe and secured. For instance, if you are using drones to capture images, how do you keep the identities of passersby private? How do you prevent identity theft during times of distress, like in a natural disaster? How do you efficiently upload any data captured from drones to the cloud, without sacrificing the appropriate security measures?

The hackathon also got me thinking about cloud serves that are readily available to our developer community. One that comes to mind is a product that essentially encrypts all data, instead of bits and pieces, and includes the highest level of encryption possible using underlying technology vs. policy alone. IBM Cloud Hyper Protect Services help secure data to create and implement highly secure drone solutions empowering developers and data scientists like you to build cloud applications using a portfolio of cloud services powered by IBM LinuxONE.

If you’re lacking a drone to tinker with, have no fear! IBM Developer’s Drone Drop is back this year. If you haven’t entered for a chance to win your own DJI Tello Drone, make sure to enter the giveaway. You still have time – the giveaway closes on June 16! We’ll even help you program it. (Be sure you register your drone with the FAA – it is now mandatory.)

With submissions still open, the Call for Code Global Challenge is asking you to accept the challenge to innovate, while also thinking about the important topic of data security and protection.